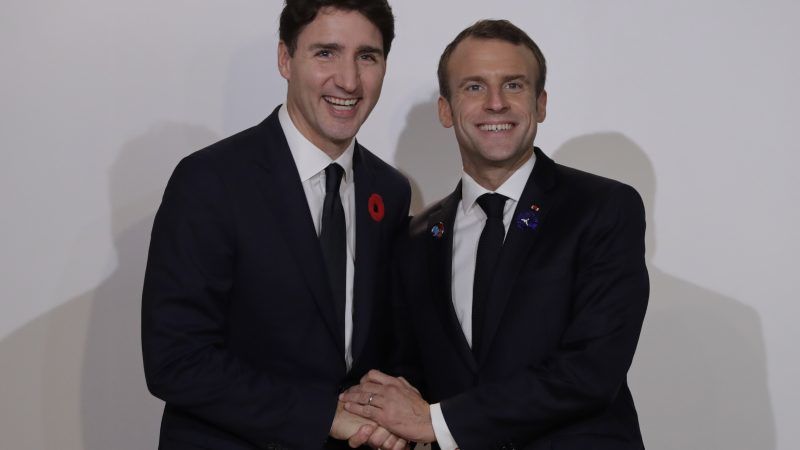 Macron has framed the European election as a battle between anti-immigrant nationalists and pro-EU ‘progressives’ like himself. He has sent emissaries across 27 EU countries to build contacts and seek out like-minded parties that could join his movement in the wake of the vote.

Speculation is rife in Brussels over who Macron will ally his En Marche party with. The European Parliament’s liberal-centrist group ALDE is hoping to build an alliance that brings the French president’s future lawmakers under its umbrella.

But while some of Macron’s emissaries are attending ALDE’s congress in Madrid on Friday, they made clear they were working on building a coalition which would go beyond the current party lines, creating a broader centrist force.

“Do you think nationalists are working nicely along their respective party lines? No,” En Marche’s Astrid Panosyan told the ALDE congress in the Spanish capital.

“Because failure is not an option, we need to work towards ‘a coalition for a new Europe’,” she said.

In an interview with Reuters, Macron’s European campaign manager said he wanted to work with parties currently sitting with the main blocs, the centre-right EPP and the centre-left Social Democrats, as well as with the Greens.

Panosyan said ALDE was important, but not sufficient alone.

“Let me be perfectly clear with you: ALDE is the core with whom En Marche wants to build this coalition,” Panosyan said. “But for this endeavor to be successful, we need to go beyond this core and reach out to parties who are not here today but could join if we are willing to show them a way.”

While the election doesn’t take place until May next year, it is shaping us a fundamental showdown about the future of Europe, with far-right, nationalist parties in countries like Italy, France and Hungary determined to show through the vote that European integration has gone too far.