Nathalie Loiseau in a file photo. In her capacity as Renew Europe MEP she welcomed the fact that the FDP had “pushed for a strategic autonomy agenda”. [EPA-EFE/IAN LANGSDON]

Following last week’s revelations of Nathalie Loiseau’s connections to the far right, the French president’s top candidate for the European elections is now defending herself from accusations of trivialising homophobia in a comic cartoon on Europe she co-signed. EURACTIV’s partner Ouest-France reports.

“L’Europe en BD”(Europe in Comics) is the name of the comic. It was published on 17 April and explains the functions, difficulties and assets of the EU to children.

Nathalie Loiseau, the head of Emmanuel Macron’s La Republique en Marche (LREM) list for the European elections, is one of the co-signers of the comic that appears to trivialise homophobia.

The comic has a few oddities. Firstly, Loiseau is never presented as one of the candidates in the European elections. Some pages are interesting because of their content and ideas expressed therein.

Since Sunday (April 28), Loiseau has faced a new controversy. After the one concerning her involvement with the extreme right during her studies at Sciences-Pô Paris, the new one focuses on her stance on homosexuality, marriage for all and homophobia. 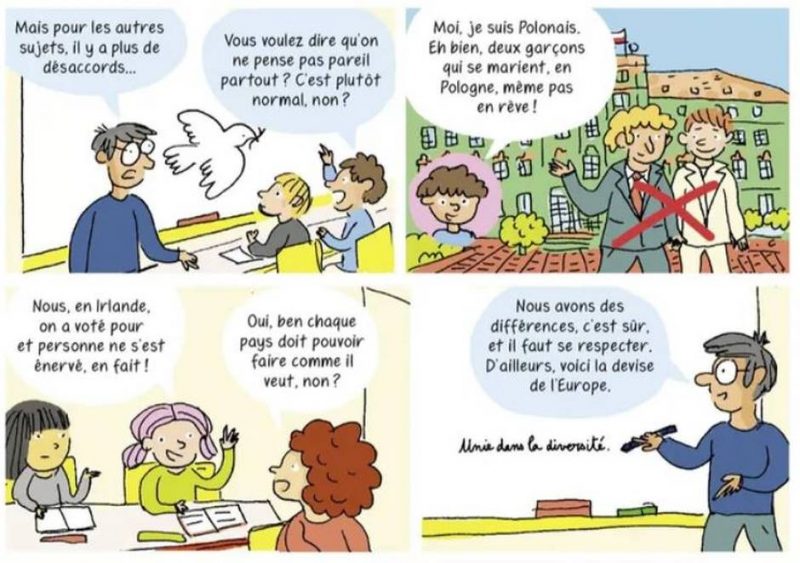 To illustrate some of the differences of opinion between EU member states and the European slogan “United in diversity”, the comic uses same-sex marriage as an example. While same-sex marriage is allowed in countries such as France, it is banned in some others, like Poland.

“Not in anyone’s dreams”

In one of the boxes, a Polish child says: “I am a Pole. Two boys marrying in Poland, not in anyone’s dreams.” The teacher then replies to the child, saying “of course, we all have our differences, and we have to respect each other”…

Many have reacted on social media. “What are we teaching children? That homophobia is cultural, that it must be tolerated when our neighbours are complicit? ” asked Guillaume Melanie, co-president of French pro-LGBT association Urgence Homophobie on Twitter.

Loiseau responded to these accusations on Sunday, saying that “describing Poland as it is does not mean we approve of it”.

She accompanied her response with an excerpt from a book published while she was the head of the French National School of Administration (ENA), where she discusses her relationship with “her homosexual brothers” and describes how they manage to evolve “in a society that was not built for them.”

Some internet users have noted other surprising pages in the comic book, according to public radio France Inter.

On borders and the problem of migrants, it says: “So you enter a country as if it were your home and you find that normal.” Well, it’s globalisation, everyone travels!”

Brexit was explained in just four boxes and three sentences, whereas Europe itself was described as an incomprehensible machine (“And the people who explain it to you tell you that it’s very simple!”, “LOL”).

Even astronaut Thomas Pesquet was said to be “first and foremost French, but also European”, an idea he never expressed in his interviews. 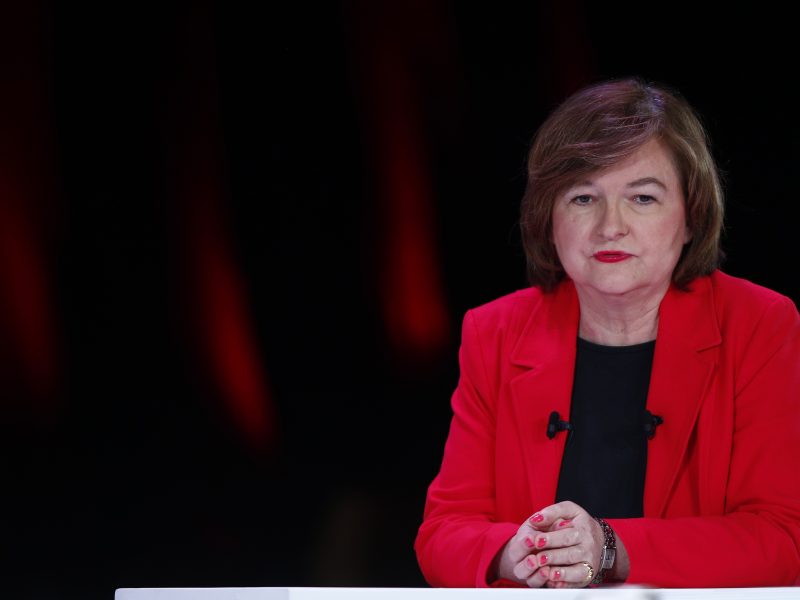