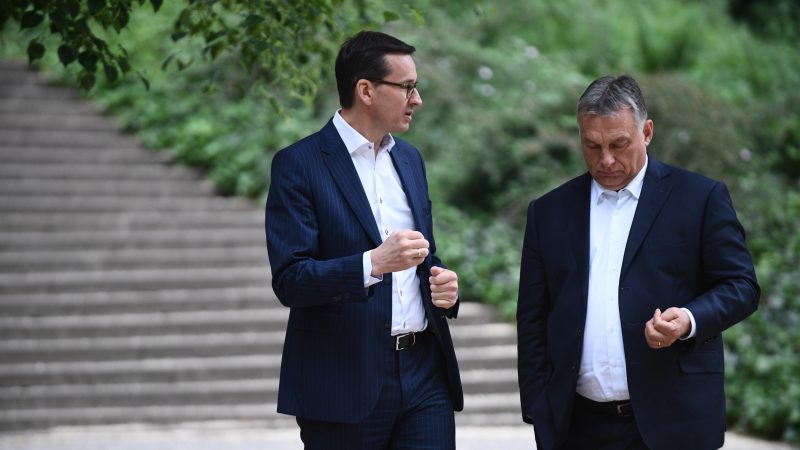 The bill is seen as a new tool to fight threats to the independence of the courts and corruption in countries like Poland, Hungary and Romania.

MEPs adopted the rules by 397 votes to 158, with 69 abstentions, but the 28-nation bloc’s member states must still approve them.

It’s interesting to see who voted against among the MEPs from countries under Article 7 procedure or likely to be targeted in the future. VoteWatch.eu provided the figures:

“Governments interfering with courts or failing to tackle fraud and corruption will risk suspension of EU funds,” according to the draft law.

The parliament said the European Commission, the EU executive arm, could propose cutting funds to states where there are “generalised deficiencies as regards the rule of law.”

Independent experts appointed by national parliaments and the European Parliament would work with the Commission to assess member countries’ compliance.

The European Parliament and countries as a whole would have to approve steps ranging from the suspension of EU budget payments or cuts in cash advances.

The member countries would have to remedy the problems before the European Parliament and EU ministers unlock the funds, the parliament statement said.

The Commission could determine whether the rule of law, a founding democratic EU principle, is under threat if a government undermines the independence of its courts.

It could also act if a member state undermines implementation of the EU budget or the investigation of fraud, corruption or other breaches in EU spending.

Populist governments in Poland, Hungary and Romania have all triggered EU warnings in recent years that they pose threats to the independence of their courts.

Brussels has also accused Romania of rowing back on its fight against corruption.

Germany, France and other EU countries pushed for using the bloc’s 2021-2027 budget — still under negotiation — to bring wayward countries into line.

EU officials admitted Brussels did not have powerful tools to stop breaches to the rule of law because countries joining the bloc were signing onto the democratic principles in the founding treaty.

The Commission and the European Parliament have launched unprecedented steps against Poland and Hungary, respectively, under Article 7 of the EU treaty.

But Warsaw and Budapest could each veto steps that would see them denied EU voting rights.