Smaller French political parties such as the ‘yellow vests’, the Pirate Party, the Animalist Party and even the party calling for Esperanto to be adopted as an EU language, are flocking to the European elections. But they will have to dish out at least €300,000 to cover the costs of printing ballot papers. EURACTIV France reports.

They defend animal rights, Esperanto or even negative growth. A whole bunch of lists coming from lesser-known political parties are presenting themselves for the European elections in May. But not many will be able to carry the weight of the elections, as parties will need to print 45.5 million voting ballots for the day of the elections.

In other countries, the State takes care of printing costs, but in France, parties have to cover them. If we add other costs, a campaign quickly costs between €500,000 and €1 million and only lists that obtain at least 3% of the votes will be reimbursed up to €10 million.

“An electoral campaign is extremely costly because parties need to finance their posters, flyers, mission statements directly sent to the electorate, as well as voting ballots that will be available in France on the day of the European elections,” explained a spokesperson of the party “Allons Enfants”. This party, which groups candidates between 18 and 30 years of age, is advocating for a minimum wage for internships and legislative initiative to be given to the European Parliament.

This financial barrier has discouraged some lists, such as Volt’s, which groups young pro-Europeans and is presenting a list in eight EU member states. In France, however, the party “has not managed to fulfil the requirements needed to present a list,” a statement explained.

“France requested Volt, which is mostly financed by membership fees and participative financing, to print out voting ballots for approximately €800,000.”

The pirate party, which has a German MEP in the European Parliament and aims to have new seats for MEPs, notably in the Czech Republic, has put in place a system where the printing of ballot papers is financed by the party’s members.

“Theoretically, anyone can present themselves at the European elections without paying, but in reality, one has to pay the printing fees. Printing a ballot paper for every voter amounts to €270,000,” explained Florie Marie, head of the “Pirate” list in France.

The pan-European party is advocating for a programme centred around defending democracies, internet freedom, and addressing the ecological and environmental question. “Today, we defend the same programme across Europe and therefore have the same programme as the Czechs,” detailed Florie Marie.

“We will ask our voters to print voting ballots for themselves and their neighbours via the internet website, and simultaneously invest in printing costs to cover the big cities,” explained Florie Marie.

Mouvement pour l’initative citoyenne (Movement for the Citizen Initiative) defends the establishment of a referendum for citizen initiatives. Alliance jaune (Yellow alliance), led by singer Francis Lalanne, also favours direct democracy. “We are in this paradox where we present ourselves for the European elections, even if we are against the idea of representation,” explained Francis Lalanne during a press conference, arguing that this paradox was “a tool to transform the system.”

Finally, the Évolution citoyenne (Citizen Evolution) list, is being led by Christophe Chalençon, who is one of the movement’s key media figures. Chalençon ignited a diplomatic crisis between Paris and Rome by meeting Italy’s Deputy Labour Minister, Luigi Di Maio, also leader of the Five Star Movement (M5S).

Pro-European parties are prepared for the fight

Pro-European parties are also prepared for the elections. As strong supporters of the European project, the elections have been a moment for these parties to rally together. This is particularly the case for the European Federalist Party and the Europe-Democracy-Esperanto movement, which are ready to take on the ballot boxes five years later.

The European Federalist Party deposited its list and will participate in the elections with Yves Gernigon as their leader and will present Belgian, Austrian, Czech, Dutch and German candidates. 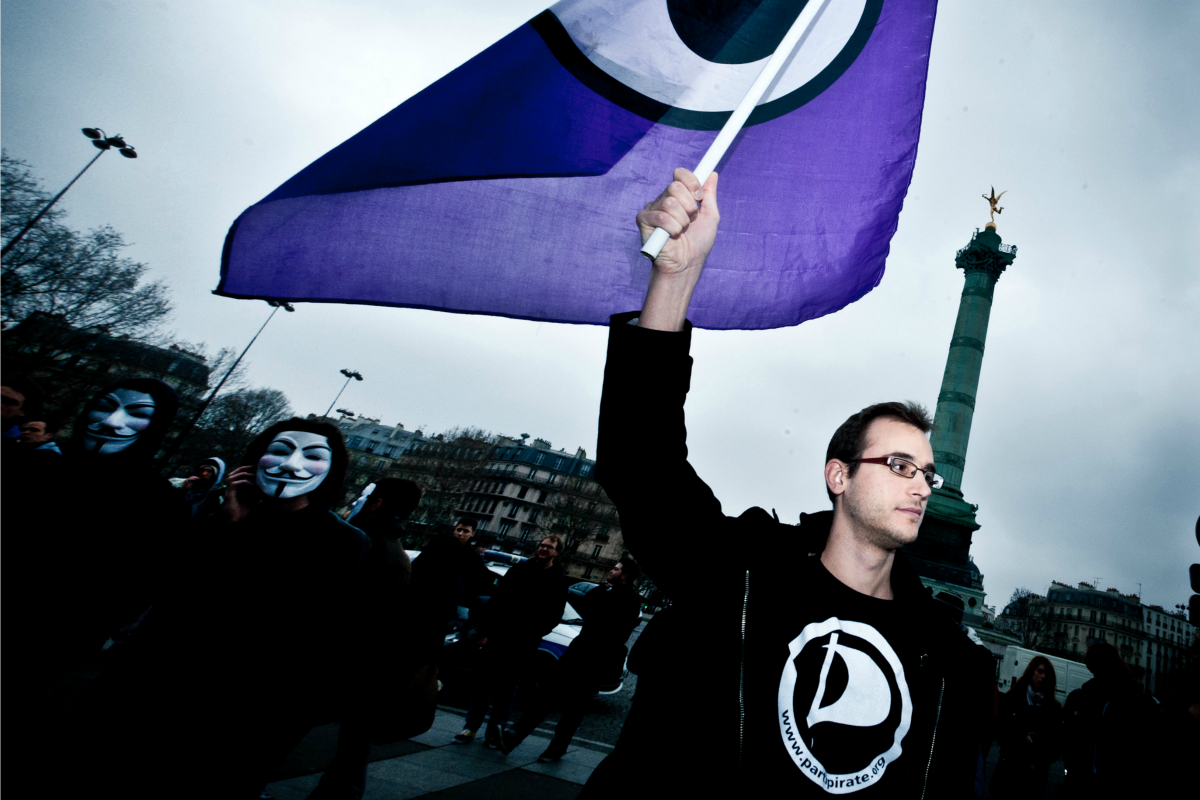 The European elections will be a soapbox for new French political parties, including the Pirate Party, and Cannabis Without Borders. EURACTIV France reports.

On the other side of the political aisle, far-right parties have also been numerous in submitting lists. These include the ligne Claire list, led by Renaud Camus, allied to the far right party SIEL, as well as the list led by Florian Phillipot, leader of far-right party Les Patriotes and former right hand of Marine Le Pen in the National Front. There is also the La Reconquête list, led by Vincent Vauclin, a proponent of the ‘big replacement’ theory. François Asselineau, a proponent of ‘Frexit’, is also presenting his list of Union populaire republicaine (popular and republican union).

These parties are less likely to have financing issues. During the 2017 French Presidential election, Asselineau had the highest heritage of all candidates; and he just refused €300,000 proposed by Florian Philippot, who seemingly does not have any problem to raise funds to join his list.

In addition to the lists representing different political nuances, the European election will also see the competition of some mono-thematic lists. That is the case for the French Animalist Party, which wants to focus on animal protection.

From a completely different angle, the French royalist party Alliance Royale, submitted a list that is opposed to the European Union. The main objective of the party is to restore the monarchy to settle partisan quarrels.

The Décroissance 2019 (negative growth 2019) list is calling for a more economical and fair society, advocating for the rights of those who “do not count their hours”, such as artisans, traders, members of liberal professions and self-employed workers.