French jailbirds to vote in EU elections for first time 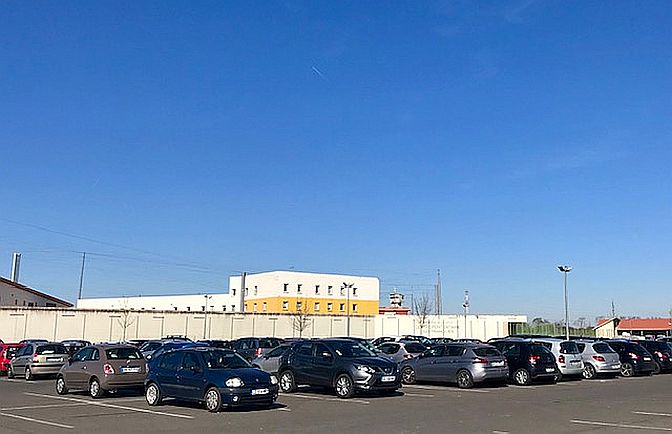 Open in 2011, the Réau penitentiary in Seine-et-Marne hosts more than 600 inmates with long prison sentences.

For the first time, a prison in northern France will make sure inmates are able to vote at the EU elections in May. Almost all of France’s 80,000 prisoners have the right to cast a ballot but few have managed to exercise it until now. EURACTIV France reports.

Réau prison in Seine-et-Marne is no stranger to challenges. It was criticised by the Prison Ombudsman in 2015 after many detainees were found to have been radicalised while serving time and a spectacular helicopter escape by gangster Rédoine Faïd last summer shone a spotlight on the jail even more.

But now the prison while make sure its 600 prisoners will, for the first time in late May, have the opportunity to actually cast a vote. The government has promised to put a ballot box in every prison.

The Constitutional Council validated the measure in extremis in its decision on 21 March on justice system reform. Everything should be ready for prisoners to have their say “by correspondence” in the week running up to the 26 May.

“Until now, the sentencing judges often refused to give prisoners the right to vote, on various grounds, one of which was that they do not participate in the life of the municipality where they vote. And proxies are not always easy to set up. Bringing the ballot box into the prison is a game changer”.

Deputy director of Réau prison, which houses long-term prisoners, Clarisse Goursolas is throwing herself into her new role of “European elections returning officer”.

Videos have already been produced by detainees to explain the issues at stake in the election, and broadcast on the internal television channel at the prison.

The campaign is not only a way of killing time but also of keeping a link with the real world outside. Réau’s prison facilities are somewhat unusual in France: single rooms with a shower, tv, apartments to accommodate families for 72 hours are all offered.

“It’s a bit like an Ibis Budget here, except that you never leave the hotel,” jokes Amir, 30, showing the key to his cell, which he wears on his wrist like all the detainees.

Despite the bright sun and many activities on offer on this February afternoon, he is taking part in a presentation and debate on the EU and the European elections by the Paris branch of the “Maisons de l’Europe” association.

But he has reasons of his own for taking part. “Saying that you’re interested in Europe looks good on your record. But I don’t really know who’s standing. Melenchon, right?”.

Like a number of his fellow inmates, he has never voted and is yet to enrol on an electoral list. But to do that, you need up-to-date identity documents, which sounds easier than it is for prisoners. some of whom are serving very long sentences.

At the time of the presidential elections, only 1,000 prisoners voted in France, out of a prison population of 80,000.

If we count a third of foreigners, and the few prisoners deprived of their right to vote, the number of participants is very modest and actually violates the European Convention on Human Rights.

Despite the efforts of the government, which has brought on board associations such as the Maison de l’Europe to organise a dozen or so interventions in prisons, such as the one in Réau, it is difficult to know if the prisoners will actually vote.

For Arnaud Soleranski, the prison’s director, “the conditions for organising the vote are complicated: we don’t yet have the electoral lists or the voting arrangements. And there is also the question of staffing…”.

A population with little interest in voting

Another obstacle is that the prison population has a profile that is consistent with non-voters.

More than half of the inmates are under 30 years of age, and three-quarters have at most a vocational certificate.

If they do vote, it will have more to do with hopes of early release rather than deeply-anchored political beliefs. Ultimately, few parties find favour in the eyes of the Réau inmates during their debates about Europe.

The conspiracy theories are rife, despite the official lack of mobile phones and Internet access, and therefore social networks in prison. However, as Clarisse Gousolas admits, “There are still many illegal mobile phones circulating, the majority of inmates are young, they find it difficult to do without the social networks.”

“Macron, he defends Rothschild’s interests, that’s for sure. In any case, politicians are only in it for the money,” says a very young ex-entrepreneur serving a six-year sentence.

But for older inmates, the time for such blustering is over.

Voting, taking advantage of the rule of law in France, and the related rights, yes, why not. After all, “you can’t put a price on freedom”, one inmate says with a sigh.