By Bogdan Neagu | EURACTIV.com with AFP

Liviu Dragnea, president of the Romanian Parliament's Deputy Chamber and the leader of the main ruling party Social Democracy Party (PSD), addresses media after first exit-polls results were announced, at the PSD headquarters during the European elections in Bucharest, Romania, 26 May 2019. [Robert Ghement/EPA/EFE]

The turnout reached a record 49%.

I've been waiting for close to three hours to exercise my democratic right to vote in the European Elections for Romania 🇷🇴 and I will likely not get in before closing. People are yelling #letusvote pic.twitter.com/bwDmLh6Zlr

The PSD has been dogged by controversy over its proposed justice reforms, which both the opposition and Brussels say will weaken the fight against corruption in Romania.

Dragnea also ruled himself out of challenging incumbent centre-right President Klaus Iohannis in national elections due later this year, surprising many observers who thought he would put himself forward.

Since coming to office in 2016, leading PSD figures — including Dragnea — have used increasingly Eurosceptic and nationalist rhetoric to combat criticisms from Brussels targeting the PSD’s judicial reforms.

Iohannis celebrated Sunday’s results, saying they showed voters were “in favour of a European Romania”.

“The government formed by the PSD has to go,” he said.

Another headache for the PSD is likely to come in the results from a referendum also held on Sunday which was called by Iohannis to ask voters’ opinion on the PSD’s judicial reforms. 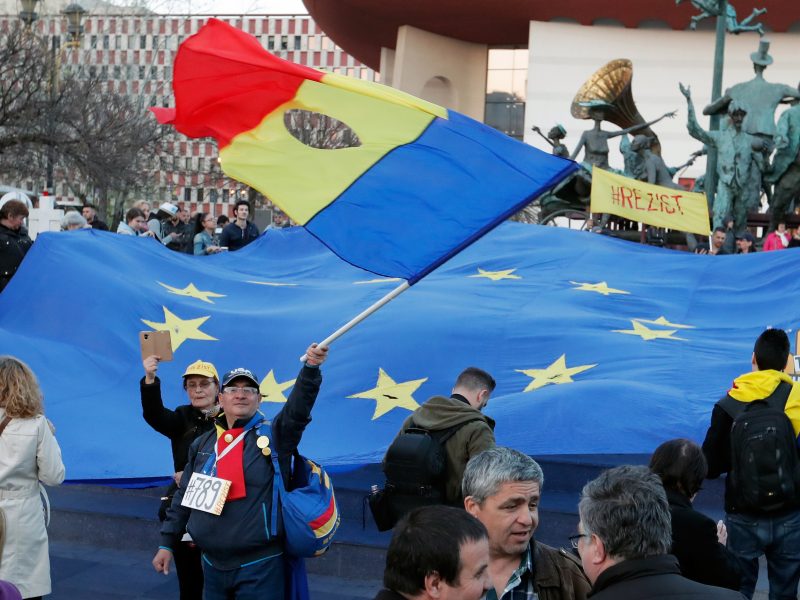 Besides electing their new European Parliament members on Sunday (26 May), Romanians will be taking part in another vote: a referendum which their president says lets voters express their frustration over corruption.

President Klaus Iohannis called the referendum over the government’s …

Turnout has exceeded the 30% threshold needed to make the referendum valid and analysts expect voters to have rejected the PSD’s plans.

Official results for the referendum are due on Monday.