Spanish Prime Minister Pedro Sánchez’s sound victory in the EU elections confirmed the momentum of his party in Spain and positioned him as the leader of the European Socialists, as he seeks to grab an influential EU top job for Madrid.

With 99% of the votes counted, the Socialists (PSOE) won the EU elections with 32.8%, continuing the ascending path seen in the general elections held last month, when the party won 28.8% of the votes.

Centre-right Popular Party (PP) suffered another clear defeat with 20.13%, putting at stake the chairmanship of the party chief Pablo Casado.

With an increase of six MEPs for a total of 20 seats, this results will turn the PSOE into the largest national delegation in its European family, following the collapse of the German SPD (from 27 to 16 seats) and the fall of Italy’s PD (from 31 to 18). 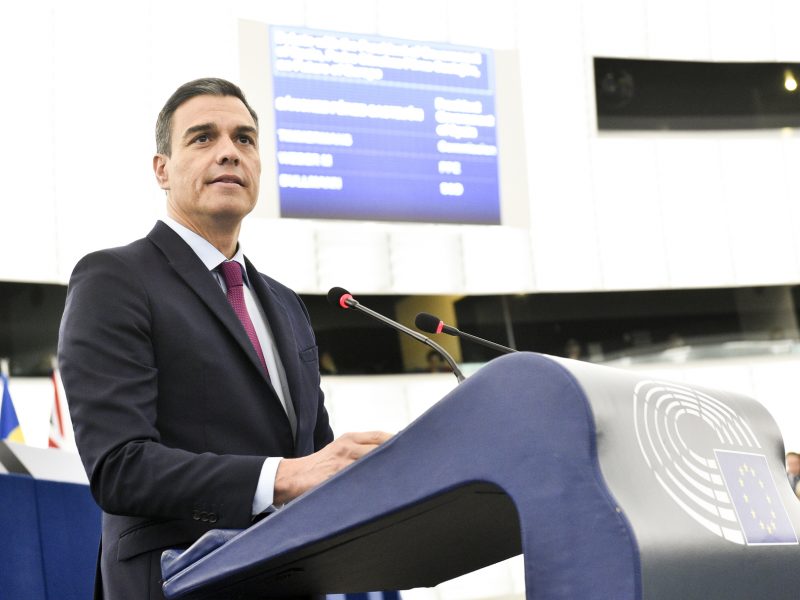 Following the publication of the results, Sánchez said he would seek a more “social Europe”, as he has “the responsibility of building a social democrat option” versus the austerity and the lack of opportunities seen over the past years.

The Socialists also registered a good result in the local and regional elections held on Sunday in Spain, although they could not win in Madrid.

Sánchez, who was ousted by his party in October 2016, staged an unprecedented comeback and expelled PP’s Mariano Rajoy from office last summer after the first successful no-confidence vote in Spain’s history.

His clout increased in Europe just as the 40-year-long two-party dominance of the EPP-S&D lost the majority in the hemicycle for the first time and the Socialist family posted mixed results in the EU vote.

The Spanish Socialists could claim the leadership of the group and the presidencies of one of the European Parliament’s committees.

But Sánchez has bigger plans, as he seeks to grab one of the influential EU top jobs to be distributed in the coming weeks, in order to correct Spain’s underrepresentation at the EU’s top echelon.

The European elections increased his political clout not only inside the Parliament but also in the European Council, the other key institution. His leadership remains uncontested among the other five prime ministers of his family (Portugal, Sweden, Slovakia, Malta and Romania) sitting at the EU summits.

Sánchez was appointed by his fellow Socialist colleagues to lead the negotiations with the other political families for the EU top posts. 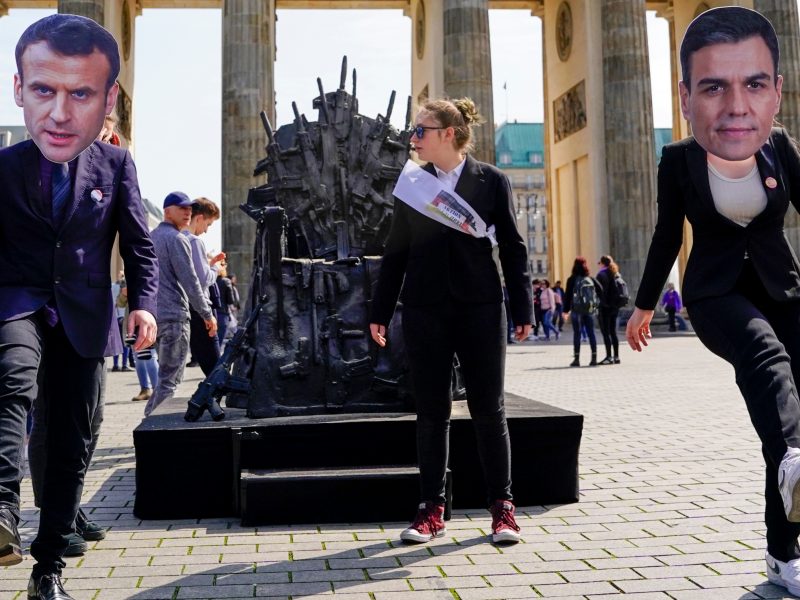 He has good options with the head of his list for the European elections, foreign affairs minister Josep Borrell.

The Catalan-born Borrell could be a suitable candidate to become High Representative for Foreign Affairs and Security. However, he could also end up clashing with the Socialists’ lead candidate, Dutchman Frans Timmermans.

Borrell could also opt for the presidency of the European Parliament, a position he already held between 2004 and 2007.

But these are not the only options for the Spanish government. Sánchez could pick the acting economy minister, Nadia Calviño, in order to secure a senior European Commission portfolio. Calviño, well regarded in Brussels, would return one year later to the EU executive, where she was director general for the budget.

The race for EU top posts heats up

Familiar faces and new names will be competing for the EU’s top jobs, as capitals are starting to manoeuvre and prepare the ground for their preferred candidates, EURACTIV has found out after talking to EU officials and diplomats.

Madrid could aim for one of the new vice-presidencies that could come up in the new Commission set up, especially in the economic field, or for a commission portfolio with a powerful DG behind, as was the case with Joaquín Almunia, another socialist who held Economic Affairs and Competition dossiers.

PSOE’s good results were not replicated elsewhere in the EU, as the Socialist family lost 37 seats and will now have 150 MEPs.

The SPD, who came third in Germany with 15.8%, UK’s Labour, also third with 14%, or France, where the party sank in coalition with other forces, were mostly behind the Socialists’ decline.

In Italy, the PD recovered from the poor results in the national elections last spring and came in second with 22.6%, behind Matteo Salvini’s Lega but ahead of Salvini’s coalition partner, the Five Star Movement.