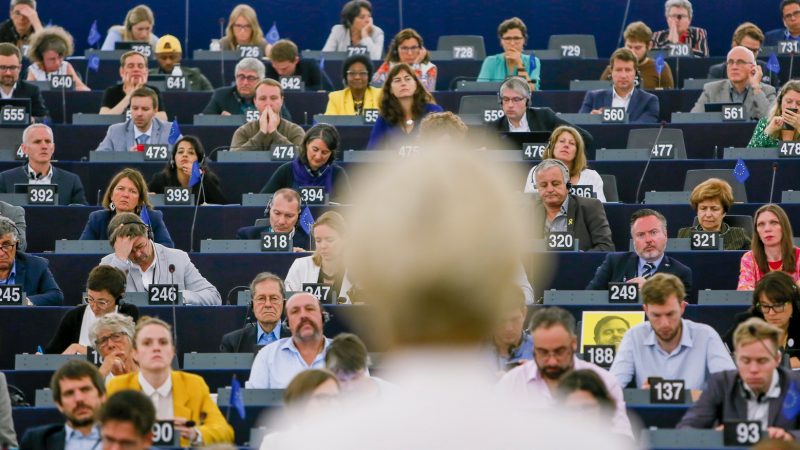 The proposed members of Ursula von der Leyen’s Commission will be grilled by the European Parliament between 30 September and 8 October in a series of hearings aimed at evaluating whether they are fit for the job. EURACTIV will follow each hearing* in two parallel live blogs.

*The status of two candidates rejected by the Parliament’s JURI committee for a perceived conflict of interest – Romania’s Rovana Plumb and Hungary’s László Trócsányi – remains unclear at the time of publishing this article.

Below are the key elements of the hearings.


The hearings in numbers

The European Parliament will hold 26 hearings, one per Commissioner-designate, over six days. As the portfolios are quite varied, one or more committees might be involved.

Every hearing will last three hours. The candidate will have 15 minutes to deliver his/her introductory remarks, which will be followed by 25 questions from the members of the Parliament, and a five-minute closing speech.

The first seven questions will be asked by the coordinators of the different political groups in every committee and the rest will be distributed to political groups on the basis of the D’Hondt method.

A special audience for the VP

The first round of hearings will start on Monday (30 September) with vice-president Maroš Šefčovič, who will be in charge of interinstitutional relations and “foresight”. The last Commissioner-designates to be grilled by the Parliament will be the three executive vice-presidents.

Moreover, Frans Timmermans, Margrethe Vestager and Valdis Dombrovskis could even have a second meeting with the Conference of Presidents, if it is deemed necessary, given that they will be supervising a wide range of areas and that a number of Commissioners will report to them.

The vote in the committees

After the audience, the committee coordinators (chair and leaders of the political groups) will meet to evaluate the performance of the Commissioner-designate in question.

Within 24 hours, they will need to come up with an evaluation letter stating whether they consider the candidate sufficiently qualified for the job.

If there is no consensus to approve or reject the candidate, committee coordinators might decide to vote. A Commissioner-designate needs to be backed by a two-thirds majority of the coordinators.

If that is not the case, the candidate might need to provide further information or even resume the hearing for up to one hour and a half more to clarify the pending issues.

Should they fail to reach a two-thirds majority in a second vote, the chair will convene all the members of the committee for a vote. A simple majority would be enough in this case to get the green light.

But something could go wrong…

Following the hearings, the conference of Committee Chairs will meet on 15 October to evaluate the outcome of the audiences and communicate their conclusions to the Conference of Presidents.

On 17 October, the President of the European Parliament and the leaders of the political groups will analyse the content of the evaluation letters, which can then be published, and communicate the outcome to president-elect von der Leyen.

If one or more of the Commissioner-designate is rejected by the committee in question, von der Leyen might want to reassess the situation, given that the European Parliament still has a final say on the whole College of Commissioners.

That is why the Parliament has left open the possibility that additional hearings might need to take place on 14 and 15 October, before the final evaluation of the Conference of the Committee Chairs.

While a modification to the name of a portfolio or a change in the functions assigned to a Commissioner-designate might not require a lot of time, if any candidate needs to be replaced, the new one will have to go through the whole process.

If that is the case, the timeline is likely to change.

A final say in Strasbourg

Von der Leyen is expected to present her College of Commissioners and programme before the European Parliament in Strasbourg on 23 October.

The presentation will be followed by a debate and a vote. She needs the support of a majority of the votes cast to be officially confirmed.

If everything goes right, von der Leyen and her team will take office on 1 November.