Spain’s Socialists won most votes in European and local elections on Sunday (26 May) in a series of ballots that boosted their ambitions to target a top EU job in Brussels but highlighted how deeply fragmented the political landscape is at home.

After winning national elections in April without a majority, the acting prime minister, Pedro Sanchez, was looking to Sunday’s local, regional and EU elections to reinforce his negotiating stance to form a government. 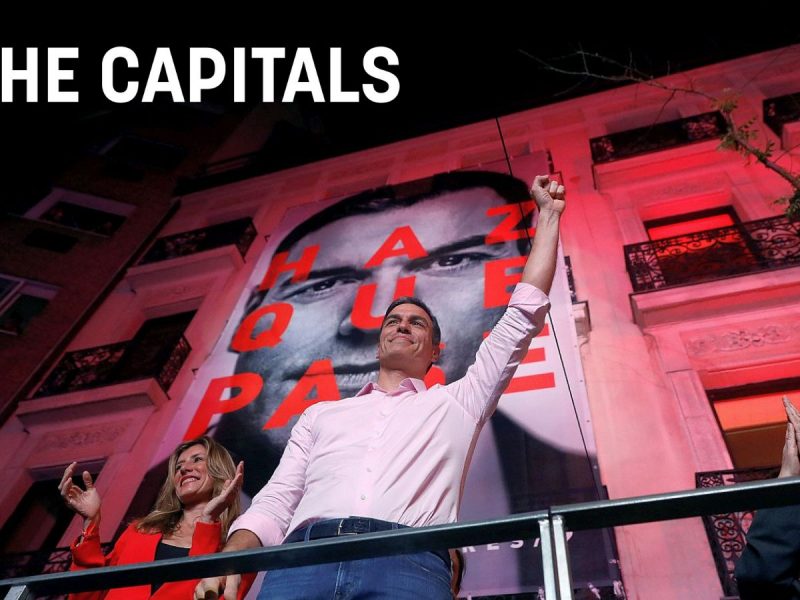 The Capitals brings you the latest news from across Europe, through on-the-ground reporting by EURACTIV’s media network. In this edition: Socialists win in Spain, Merkel and Macron receive Western Balkans leaders, migration row continues in Belgium, and much more.

On the EU front, the Socialists scored a strong win.

Sanchez’ PSOE party topped the European election and was on course to have the biggest contingent in the EU assembly’s Socialist group.

On the local and regional front it is more complicated. The Socialists won more votes than any other party nationwide but the election was very fragmented and conservatives and the center-right and far-right together were set to win in key cities and regions like Madrid.

This set the stage for complicated talks to form governments both at local and national level.

Sunday’s election “confirmed that the Socialists are, by far, the first political force in Spain,” Sanchez said at a news conference, talking of his “pride” over the EU result.

Turning to local and regional elections, Sanchez reached out to the center-right Ciudadanos and conservative People’s Party (PP), urging them to strike deals with his party rather than with the far-right Vox.

“I appeal to the responsibility of national political leaders not to leave the stability of municipal and regional governments in the hands of the far right,” he said.

The outcome provides a more mixed picture than the 28 April general election, said political sciences professor Pablo Simon. He said the Socialists could be happy with their wins but that PP had won some oxygen, while Ciudadanos failed to consolidate their claim to be the main opposition party.

With more than 99% of the votes counted, the Socialists had scored nearly 30% in the municipal and regional elections. PP came in second with just over 22%.

Spain has long punched below its weight in Brussels, dragged down by the economic crisis and a bigger focus on domestic issues, but sees in its better economic results, combined with Brexit and with Italy’s woes, a chance to make a comeback.

Madrid is likely to aim for the EU’s top foreign policy job and for a vice presidency at the European Commission, government sources have said in recent days.

“Spain is going to fight to have a position according to our new weight in Europe,” a government source told Reuters ahead of what promises to be a tough battle on the bloc’s coveted senior jobs amid a fragmented political landscape.

Catalan separatist leaders Carles Puigdemont and Oriol Junqueras both won EU seats, but with question marks over whether they can become EU lawmakers.

Puigdemont lives in self-imposed exile in Belgium and would be arrested over his role in a 2017 independence bid in Catalonia if he sets foot in Spain to complete the formalities to get his EU seat.

Junqueras is in jail during his trial over the independence attempt.