Spanish election officials had banned Puigdemont from contesting the 26 May election at the head of the “Lliures per Europa” grouping. 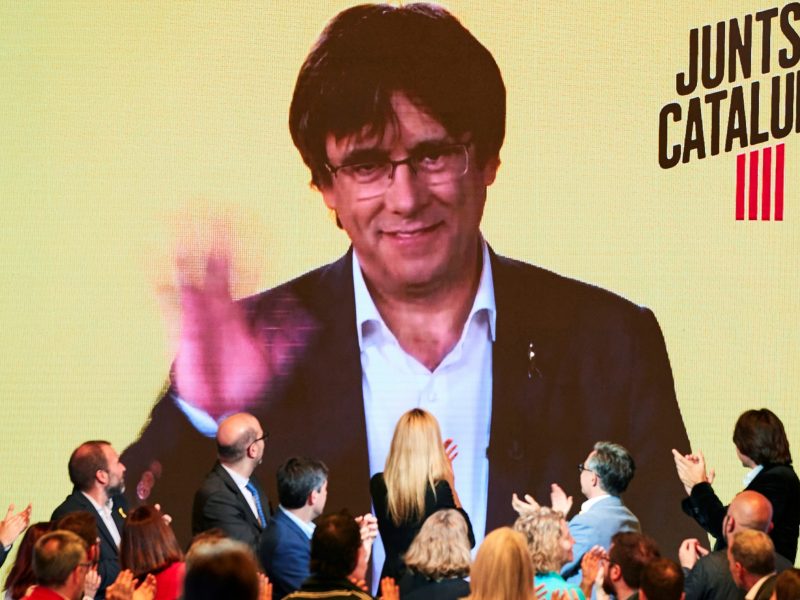 They had also excluded Toni Comin, who was in Catalonia’s regional government when the secession bid happened, and Clara Ponsati, another former Catalan minister who also fled Spain.

Puigdemont had slammed the move in a tweet as a “legal scandal and a coup to democracy”.

The Supreme Court, in a unanimous decision, said there were no grounds to bar him or the two others and asked the administrative court in Madrid to “immediately” provide a ruling.

It said contesting an election was “a funademntal right” recognised by the constitution and that fleeing the country could not be a cause for ineligibility.

When he was picked in March to represent his party in the EU polls, Puigdemont said: “It is time to take another step to internationalise the right to self-determination in Catalonia from the heart of Europe to the whole world.”

But Spain’s conservative Popular Party and centre-right Ciudadanos appealed his candidacy and that of the two others, prompting the election commission’s decision.

Even if he is elected, Puigdemont will not necessarily sit in the European Parliament because if he has to return to Spain, he could be arrested for rebellion.