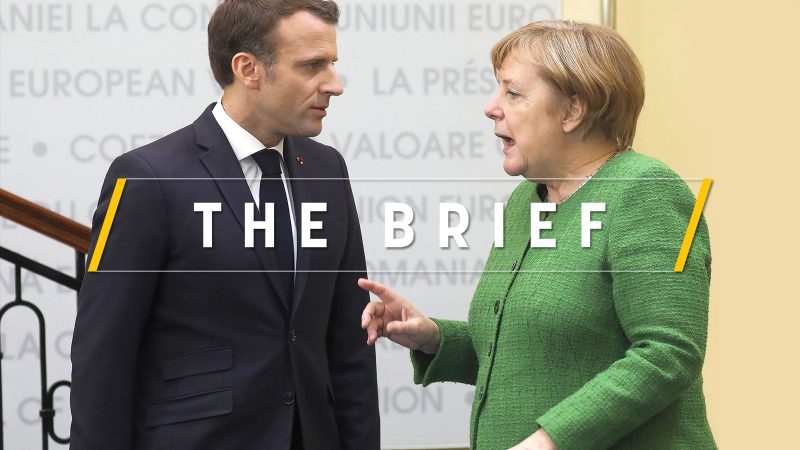 Picking the new batch of EU leaders, and especially the Commission president, is much more difficult this time around. And it’s not really about the Spitzenkandidaten system, it’s not even about the political, gender or geographic balance. It’s about the person itself.

The EU needs a great leader to give new impetus to the European project and steal the show from the anti-EU camp. National elections, almost everywhere, are fought on the basis of EU-bashing, and it’s unfair. Almost all accusations are poorly substantiated, but it works. The EU doesn’t fight back or does very little to counter its detractors.

But time is running out.  On 23 April 2022, France will elect their president. If Marine Le Pen wins, this will be the end of the EU as we know it.

It doesn’t matter which political group he or she will come from. Even their nationality hardly matters. What really matters is that this person is extremely good at their job, that he/she is in good health and can do things differently, changing for the better the perception of the EU with European citizens.

If we look for a comparison with the current crop of world leaders, this could be someone like Canada’s Justin Trudeau, someone intriguing for the wider audience to discover as a real person, including his or her weaknesses, someone who cannot by any means be called a bureaucrat.

The new Commission president should be someone capable of thinking and acting out of the box.

In the simplest terms: the new Commission chief should be a likeable person, someone any European citizen would be happy to receive as a guest for Christmas.

Let’s be quite blunt – Manfred Weber clearly doesn’t qualify for that. But Margrethe Vestager and Frans Timmermans could.

Perhaps EU leaders need to think twice. There are not so many great candidates to change the narrative. Some of them, by impersonating the loathed establishment, would only help Le Pen win the elections.

Five top EU posts need to be distributed soon: But surprise! While German Chancellor Angela Merkel is fighting with French President Emmanuel Macron, the European Parliament is wrestling with the European Council.

The EPP won the most votes in the EU elections but did not manage to impose its Spitzenkandidat Manfred Weber as the next European Commission boss. The EU’s biggest and oldest political group is now in the throes of a heated debate: what to do next?

Global trade, geopolitical hotspots around the world and even horse-trading over top EU jobs, G20 leaders have a lot of their plate when they meet from in Osaka.

Only days after the NATO-led maritime manoeuvre BALTOPS tested the waters in the Baltic Sea region, Northern Group defence ministers met in Berlin in an attempt to deepen their cooperation.

Ukraine slammed as an “unacceptable concession to Russia” the decision of the Council of Europe to re-admit Russia, after the country was stripped of voting rights following the 2014 annexation of Crimea.

Europeans were stunned by the magnitude of protests in Prague on Sunday. But what was even more stunning is the way the Czech media reported about them.

The Nord Stream II pipeline gave birth to a seemingly united front among several Central and Eastern European states objecting to the project. But it could be far from the truth.

Any major economic shock will affect the whole euro area so member states need to have a central fiscal capacity if they want to counter it effectively, European Fiscal Board president Niels Thygesen said.

Trade should be the next priority for EU climate diplomacy, European Commission’s Vice-President in charge of the Energy Union said.

Nearly 200 European airports in 45 countries pledged to drastically slash their greenhouse gas output by 2050. However, the target only includes airport infrastructure and not aircraft.

One-third of the used cooking oil used in Europe’s biofuels market is more than likely fraudulent.

Second day of NATO defence ministers gathering in Brussel, where they discuss ways to save the INF Treaty and are set to adopt the military alliance’s first space policy.

One response to “The Brief – EUCO’s choice”