The Brief – In search of balance 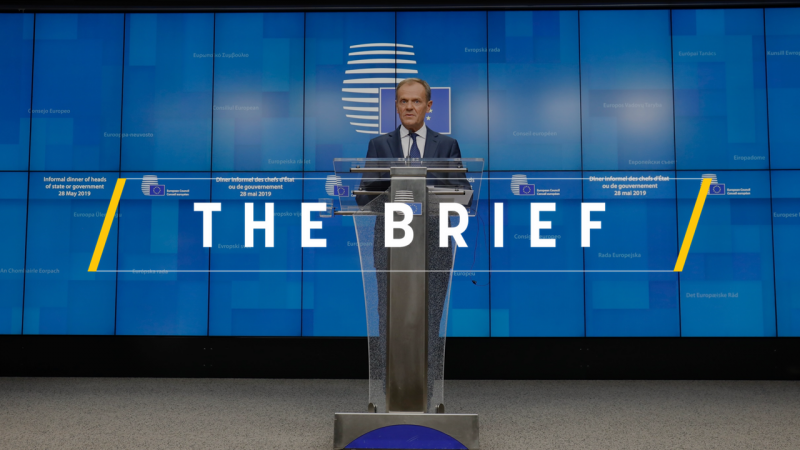 EU leaders want to inject a degree of balance and fairness into the process of doling out the raft of top institutional jobs. But this admirable quest may have already fallen at the first hurdle.

At Tuesday’s informal summit, diplomats and leaders went out of their way to insist that the hunt for the right candidates for Commission president et al would be heavily based on reaching gender equality.

Council boss Donald Tusk said he wanted to ensure at least two of the four main positions would be filled by women and insisted that a large majority of national leaders felt the same way. No commitments at this stage, just a wishlist.

But things have not gotten off to a great start, as the negotiators picked to help draft a list of names ahead of the next summit in June are all, yes you guessed it, men.

Six male prime ministers from Belgium, Croatia, Latvia, the Netherlands, Portugal and Spain will lead talks for their respective political groups, the EPP, Socialists and Liberals.

Now, one could argue that this was unavoidable as the Council is heavily dominated by ageing white males: Theresa May will resign in June, plus she comes from the wrong political group, and Lithuania’s Dalia Grybauskaitė’s time in office ends in mid-July.

That only leaves a certain Angela Merkel. But diplomats at the summit said there was no question of the German leader getting involved with that part of the negotiations, busy as she is locking horns with Emmanuel Macron and other anti-Spitzenkandidat warriors.

But the optics are terrible nonetheless: ‘Don’t worry, ladies, the men will make sure you get some jobs.’

And it’s the same story when it comes to political balance. None of the 28 leaders hail from a green party but that political group is now the fourth largest in the European Parliament. After Brexit, they’ll inch even closer to third place too.

So who will fight for the greens, given that even the fifth-placed ECR has two champions, in Poland and the UK? There’s no obvious answer to that.

Merkel told reporters after the summit that “all this should be taken into account” but there’s no checks and balances here. As Macron rightfully said, it’s up to the Council to appoint, the Parliament to confirm. Green representation has improved but can still potentially be sidelined.

Of course, the Council could kill two birds with one stone (apologies for the inappropriate idiom) and appoint Greens Spitzenkandidat Ska Keller as Parliament president.

It gives the EU house a young, female, progressive leader to shout about and lets the other groups fight over the other jobs. And as an added bonus, she’s also German.

The Commission showed the way to some extent today, appointing Margrethe Vestager’s head of cabinet, Ditte Juul Jørgensen, as director-general of energy. Michel Barnier’s deputy, Sabine Weyand, was also parachuted in to lead the trade directorate.

So the scales are rebalancing gradually, one battle at a time. But gender and political balance aren’t the only challenges out there – a quick look at the Council family photo yesterday and you’ll see the problem: a smiling sea of white faces.

Last night’s summit was allegedly focused on “no names, just process”, in preparation for the decisive next meeting in June. That didn’t stop plenty of the leaders naming candidates though.

Emmanuel Macron is already taking shots at remodelling Europe. The summit was almost completely Brexit-free, but today’s news isn’t: Boris Johnson is heading to court over claims he made during the referendum campaign.

The EU took an incremental step towards becoming a little bigger, after the Commission recommended starting talks with Albania and North Macedonia. Bosnia remains a long way off and Turkey is sliding further away.

France and Ireland asked European Commission boss Jean-Claude Juncker to back their request for more than half a billion euros in energy project funding, to build a ‘Brexit-proof’ power link.

Viktor Orbán is set to be wooed by two Italian courters: Matteo  Salvini and Silvio Berlusconi, who either want the Hungarian to defect to their group or stay put in the EPP.

The Brief takes a break and will be back on Monday, 3 June.

One response to “The Brief – In search of balance”