The Brief, powered by ADF International – Fixing for a compromise 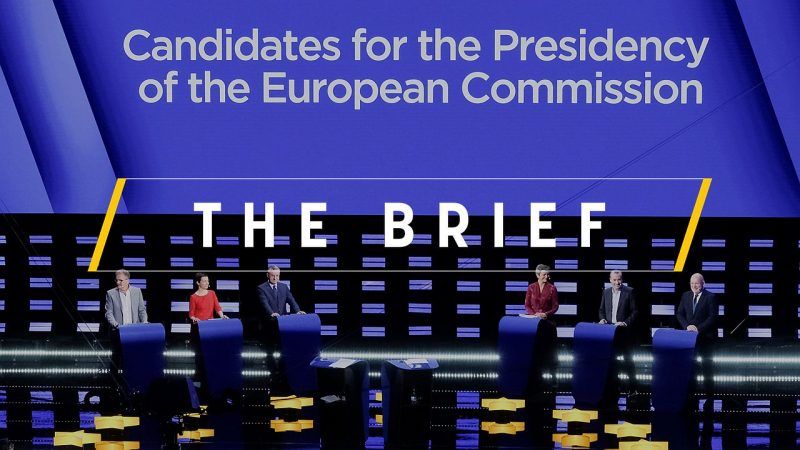 The divvying up of the EU’s top jobs is the bun-fest of bun-fests, one of the ultimate collisions of egos and national interests.

This time five years ago, David Cameron was busy making a fool of himself fighting a doomed guerrilla battle against Jean-Claude Juncker’s bid for the Commission presidency. Plus ça change…

Juncker’s success in getting the job was probably the single biggest flexing of muscles by the European Parliament. Only this time around, that muscle looks rather flaccid – it looks like we are watching the slow death of the Spitzenkandidat process.

In 2014, Juncker, Martin Schulz and Guy Verhofstadt made their own pact that the party group that won the most seats would have the Parliament’s support for their Spitzenkandidat to take the European Commission presidency. That unity never existed this time and, unless the Parliament’s leaders are united, they will always be outgunned by heads of government.

The sense that EU leaders have not taken the second running of the Spitzenkandidat process very seriously was been obvious from the start; it was reflected in the candidates selected, and in the lack of ambition of their manifestoes.

Centre-right leaders stuck to the party line as they did the obligatory doorstep interviews with reporters at the Council, but few seemed to be doing much more than going through the motions. Few genuinely believe that Manfred Weber will get the keys to the Berlaymont tower.

But is the end of the Spitzenkandidaten such a bad thing? Its supporters (who tend to live and work in Brussels) argue that explicitly linking the EU executive to the European elections results is more democratic.

But as ever with the EU institutions, the lines of accountability are weak. Few national parties are interested in the process. There are still no transnational lists for the European elections, and few Europeans knew who the Spitzenkandidaten were. It’s very hard to argue convincingly that many people voted on the basis of what was in the EPP or Socialist manifestoes.

Instead, we are probably looking at a return to the old-style backroom deal and a compromise candidate at the eleventh hour. That’s an EU speciality – shouldn’t we welcome it, rather than lament the demise of an artificial construct?

Freedom of speech is a fundamental human right guaranteed by every major human rights treaty. Hate speech laws create a “you-can’t-say-that” culture which silences debate and has a chilling effect on society. We should never forget that the best answer to bad speech is more speech. Read more here

Things are heating up at the EU Summit and an agreement on top jobs seems increasingly unlikely tonight. To begin with, Franco-German tensions are simmering in the background so Merkel and Macron could block each other’s candidate.

Even the ever-upbeat Council President Donald Tusk is hedging his bets.

The heads of S&D and the centrist Renew Europe have told the EPP’s lead candidate, Manfred Weber, that there is no majority to support him for the position of president of the Commission, sources have told EURACTIV.

Follow all the latest Summit developments, comments, tweets and videos on our Live Blog.

Commission chief Jean-Claude Juncker and Council President Donald Tusk, representing the EU at the G20 summit in Japan next week, will likely engage in considerable talks on trade, WTO reform, rules-based order and ways to strengthen the global economy.

There are no direct Russian threats to Lithuania but there are insecurities in the region and militaristic arguments, which must be taken seriously, Lithuania’s foreign minister told EURACTIV Croatia, adding that Nordstream 2 pipeline project for Russian gas is “an example of disrespect for our core policies and consistency”.

If you’re interested in all things digital, check out our latest weekly Digital Brief.

The bruising June EU summit continues, possibly long into the night, and on Friday.