The Brief – Requiem for a Spitzenkandidat 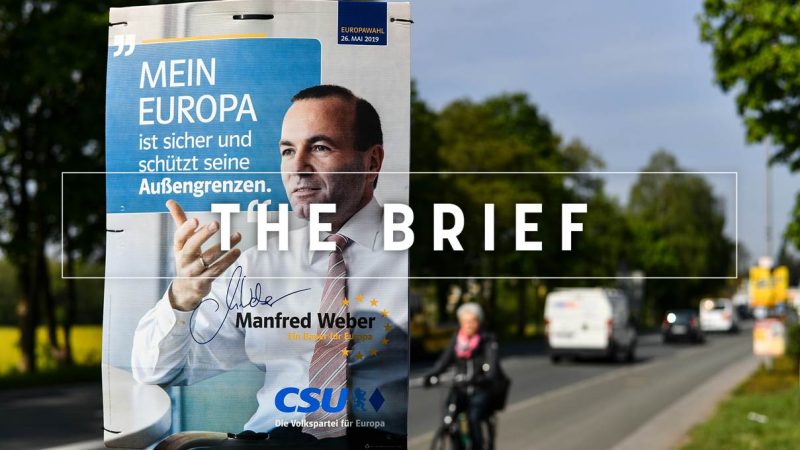 The Sibiu summit saved the Spitzenkandidaten way of choosing the new Commission president – for now at least. That’s one way to interpret the recent decisions taken by the 27 EU leaders in this cosmopolitan Romanian city.

Another reading is that on 28 June, when they meet again in Brussels, the process will be killed off.

The idea that the European elections could produce a direct result: choosing the man or woman to lead the most powerful European institution, is good. The sad reality, however, is that very few Europeans understand or care about it.

Also, the winning political party, at least in recent elections, has been the European People’s Party. EPP is the first European political family in history, and has made a remarkable contribution to the European project. It’s no scoop: EPP is going again to emerge as No 1 on the night of 26 May, even if it loses Hungary’s Fidesz along the way.

So will the next Commission president be Manfred Weber? Not necessarily.

Secondly, Marcon sees in it as power grab: after all, this is a parody of democracy. It’s not the party apparatus of the EPP who should decide the next Commission President, especially if, according to treaties, this is a prerogative of the heads of state and government!

Last but not least, Weber is not a great candidate. He didn’t perform well in any of the debates so far, and his CV is uninspiring: a native of Bavaria who spent his entire career in the European Parliament.

Unlike him, Juncker, the first and only Spitzenkandidat elected under this process so far, was a serial election winner – not to mention ‘brutal killer’, in Donald Trump’s words – with or without the Spitzenkandidaten system.

On 28 May, the leaders will come together to take stock of the election results, but it will be too early to decide on top jobs.

Yes, the EPP will finish first, but isn’t it more likely that the next majority coalition in the European Parliament would consist of PES (S&D), with the help of the British Labour party, ALDE+Macronists, and the increasingly powerful Greens? Such a coalition could invite EPP to join, but it would be a favour, a courtesy, rather than a necessity.

All this doesn’t mean that Michel Barnier will be the next Commission president.

The Frenchman would probably make an excellent Commission president, but Brexit continues to keep him busy, and no one can say until when. He is simply not available. Moreover, as long as the UK stays on as a member, it would be a bit arrogant to have the Brexit chief negotiator appointed to lead the Commission.

So many options for Commission chief are becoming possible. And, in between, Weber could get another top job.

Eight European parties will meet with Emmanuel Macron’s Renaissance platform in Strasbourg on Saturday, planning to form a group of around 100 centrist MEPs in the new European Parliament.

The EU’s Competition Commissioner Margrethe Vestager has suggested that “access to data has to be redesigned so that newcomers can compete with big tech giants”.

Bulgarian Prime Minister Boyko Borissov, who has governed the country for almost ten years, has made clear he will not resign following the European elections even though his GERB party (EPP) looks set to lose to his arch-rivals, the socialists (BSP), according to opinion polls.

European Commission President Jean-Claude Juncker has said the EU should “concentrate on immediate and urgent” climate policies for 2030 rather than a proposed 2050 target defended by eight EU countries to reach net-zero emissions.

EU leaders have agreed to attend an emergency summit on 28 May, immediately after the EU elections, as European Council President Donald Tusk said he wanted to have the distribution of the bloc’s top jobs decided in June.

Check out our latest Tweets of the Week here.

Officials from nine European parties meet in Strasbourg to sign off on a new centrist group in the European Parliament, to be formed around Emmanuel Macron’s LREM.