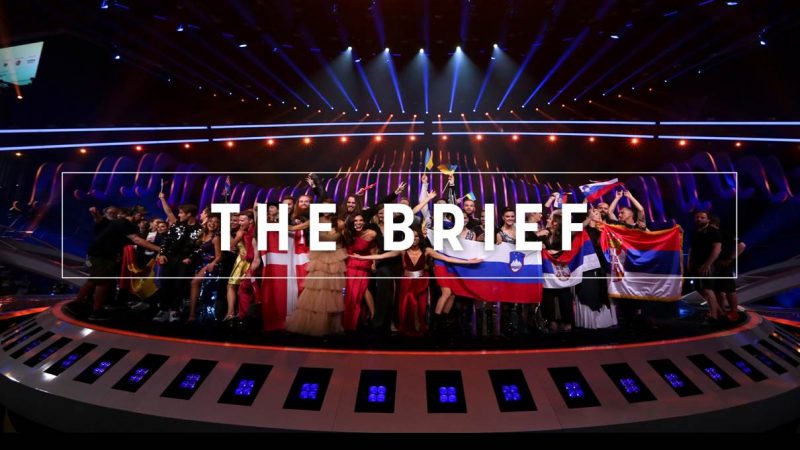 Nobody can deny that the Spitzenkandidaten competing for the votes of European citizens remain largely unknown outside the Brussels bubble. Maybe adding a bit more fluff and glitter to the European election circus would do the trick.

Europeans cast votes in a wide-ranging, democratic and entertaining election. The drama is perfect and will peak in a prime-time televised face-off between the contenders, followed closely even by non-European spectators. Some struggle to stomach it sober.

A spinning hamster wheel, a Finnish heavy metal musician with a latex mask and a lot of glitter – these are the craziest moments that first come to mind.

“Europe start voting now!” is the war-cry of the crucial day, as direct democracy springs into action across the continent.

We are, of course, talking about this Saturday’s Eurovision Song Contest finals, and not the European elections.

Though the organisers have long marketed it as a non-political and unifying force, Eurovision has historically been dominated by the politics of the time, reflected in the familiar neighbour-for-neighbour and ally-for-ally voting.

In contrast, the European ballot will only involve the 28 member states instead of 41 European countries, with a rather mediocre voter turnout and an ice-cold shower the morning after instead of a proper hangover.

When you look at the election campaign’s entertainment value, one could safely describe it as rather bland. Unknown candidates, low viewing numbers for the Spitzenkandidaten debates online and largely national-focused debates – no sparks or fireworks there.

Brussels and its political groups have a hard time making this campaign sexy to lure voters out to the ballot boxes. But when they do try, it pays off. Just take the election campaign video that went viral as a case-in-point.

The EU needs politicians who do not leave the emotions only to the populists. Europe needs more fluff and glitter. It needs a heart, mind and soul. But that means the campaigners for Europe should be courageous and, perhaps, think outside the box, at least a little.

Direct voting for the European Commission president would bring it closer to the citizens. So would live trans-European coverage on election day, calling into the different capitals to announce the results, Eurovision style. But we are still far away from that.

Hopefully, tonight’s Spitzenkandidaten face-off, dubbed “Eurovision debate”, will live up to its song contest namesake and get people engaged in whatever way.

After the polls, the candidates will probably be quickly forgotten. But does anyone really remember Eurovision songs (other than ABBA, of course)?

What matters after the music ends is that voters vote. It is the participatory feeling that stays. Anything is better than apathy.

Critics suggest that it is unlikely that Manfred Weber will become the president of the next European Commission. This is also because Germany has often acted as a ‘blocker’.

The incoming centrist group in the European Parliament should no longer be calling itself “liberal”. This could also lead to the group leaning more towards the left.

While waiting for Brexit to happen, France has set up a mechanism to redistribute seats currently reserved for UK MEPs.

Spain’s PM Sánchez has made it clear: the EU’s fifth largest economy wants to play a “key role” in the next European Commission and increase its influence in the EU decision-making process.

The strategic interests of Ukraine and the EU are “exactly the same”, Commission boss Jean-Claude Juncker as domestic challenges overshadowed the ten-year anniversary of EU’s Eastern Partnership.

In the latest sign of the deteriorating transatlantic relations, Washington has warned its European allies that a new European military pact risks shutting American companies out of defence contracts and undermining NATO – and has hinted at possible retaliation..

Wildfires have burned more land in Europe in the first part of 2019 than in the whole of 2018, according to data by the European Union’s joint research centre.

Views are the author