The Brief – Sing a song of Spitz-pence 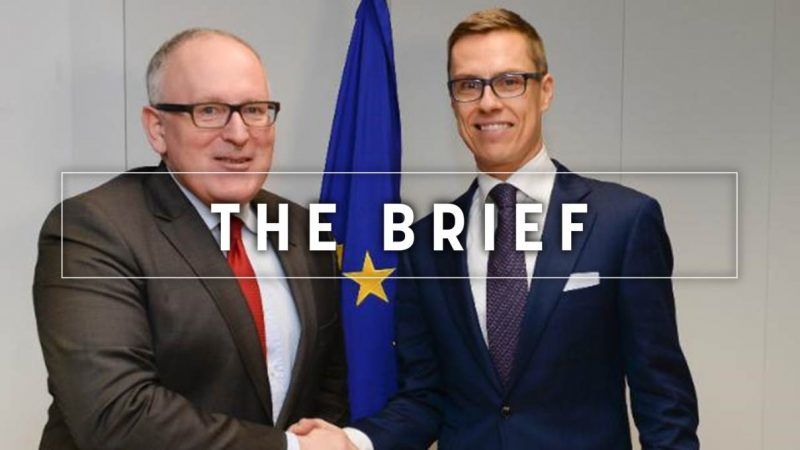 Contenders to succeed Jean-Claude Juncker are coming in thick-and-fast. However, there’s been a marked difference between how each candidate has chosen to kick-off their presidency bids. What can we learn from their different styles?

Manfred Weber, Bavaria’s biggest hope, had a fairly bad start. His kick-off event left reporters displeased, as they were not allowed to ask questions in English. Soon, the talk about his agenda evolved rather around a ‘German Europe’ instead of a ‘European Germany’.

And then there’s the values… Weber has in the past been quick to criticise democratic failures in member states that are not controlled by the EPP but turned a blind eye on Hungary’s Viktor Orbán. After he suddenly changed his rhetoric only recently, the flip-flopping could, in the end, turn against him.

So far, he has held no governmental post in Germany, and counts on Chancellor Angela Merkel’s support, despite speculation that it is rather lukewarm due to domestic disputes in the German conservative ranks. The legend of stable German politics is not one he can tell.

Following the rather low level of enthusiasm generated by Weber’s candidacy, Finnish poster-boy Alexander Stubb announced his own, backed by his social media machinery that worships the image of a Macron-style campaign.

Too extrovert for Finns and too liberal for his own party, he belongs to the most progressive wing of the conservatives. Hearing him speak while closing your eyes you could easily mistake him for a liberal: a strong supporter of the rule of law and gender equality – qualities which are not necessarily unanimous among the European right.

Frans Timmermans, Juncker’s current right-hand man and trusted rule-of-law paladin, went back to where he was born and raised to officially launch his candidacy.

Surrounded by loyal supporters in one of his favourite watering-holes, the Dutchman made it clear that he doesn’t care that he’s made enemies along the way or that his Labour Party is weak domestically.

The Timm will lock horns with fellow Commissioner and Social Democrat Maroš Šefčovič. The smiling Slovak explained his presidential hopes and dreams way back in July, Over a Coffee with EURACTIV.

Šefčovič is a seasoned Brussels operative and knows that the current state of his political group means it is unlikely that one of their ranks will land the top job. But you’ve got to be in it to win it and there are also First VP and High Representative jobs to dole out.

Far less combative than Timmermans but an admittedly very safe pair of hands, Šefčovič could see his chances increase if bitter Council horse-trading gets out of hand. He could well emerge as the candidate everyone could at least live with.

We’re still waiting on ALDE to decide whether or not to field a candidate this early. This week’s mingling session between Emmanuel Macron and Mark Rutte might open the field for fan-favourite Margrethe Vestager to enter the fray.

It’s certainly heating up, so be sure to stay tuned to our dedicated EU Elections 2019 hub!

By Zoran Radosavljevic and Sam Morgan

European values are under threat and there is no room for populism in the EPP, Finland’s Ironman Alexander Stubb, another contender for the party’s Spitzenkandidat, told EURACTIV in an exclusive interview.

In another heavy-hitting interview, China’s top diplomat in Brussels,  Ambassador Zhang Ming, said China and the EU are in the same boat when it comes to preserving multilateralism. But he also admitted China has to do more to open up to foreign companies in some sectors.

Norway disappointed. Hopes for a revival of its much-touted carbon capture project have received only a cautious backing from Brussels.

A legal quirk in Greece – a law from the 1950s – is preventing private actors from investing in projects where the public sector also has a share. Not exactly what Greece needs after exiting the bailout in August.

Tax the techs. Commissioner Moscovici has rallied the cause for an EU-wide digital tax to be rolled out in time for Christmas, amid a raft of opposition from member states, legal experts and industry associations.

Stop the land grab in France. Our media partner Journal de l’environnement reports about a movement to stop land grab in the Auvergne-Rhône-Alpes region, counting on the help from parliament members.

EU trade boss Cecilia Malmström revealed that some of her team had a nasty run-in with some local toughs during a mission to New Zealand earlier this week. Thankfully, the police were on hand to throw some handcuffs on the flippers of the hooligans….

Elections in Bavaria – look out for our exclusive coverage on Sunday night. Also, local elections in Belgium, get out and vote if you can! While you’re at it, take the weekend to have a crack at our caption competition! Tweet us your best effort here and you might get a shout-out in The Brief next week! 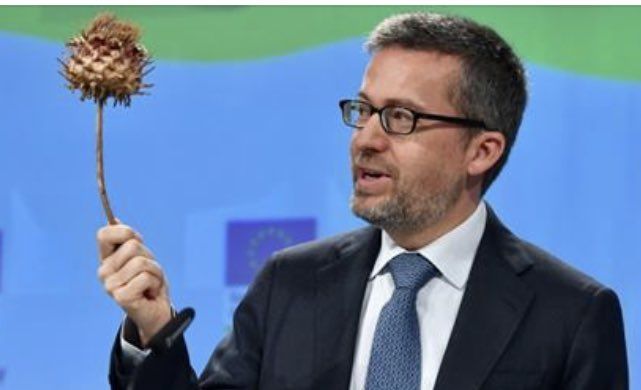