The Brief – The darkest ‘white smoke’ 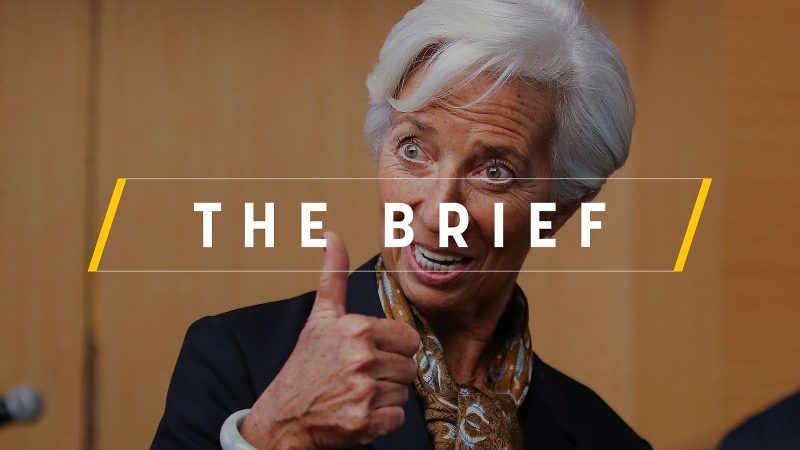 After five summit days and hundreds of hours of phone calls, meetings and backroom chats, the EU conclave agreed on its new leadership. But the ‘white smoke’ that emerged from the Council building preludes storm clouds for the nominees and the European demos.

Few winners came out of the distribution of the top posts sealed on Tuesday, and the European democracy was hardly one of them.

But they are not the only ones in celebration mode.

The EPP will likely continue to steer the Commission for another term, bringing its unbroken streak at the helm to 20 years. In addition, one of their own will lead the ECB, the other crown jewel of the European apparatus.

If the European Parliament acquiesces, a German will preside over the EU executive, as their compatriots already lead almost all the EU’s finance-related institutions (ESM, EIB, SRB) and the secretariat generals of the main EU institutions.

French President Emmanuel Macron could celebrate that he sunk the lead candidate process (Spitzenkandidat), while a compatriot will sit in the big chair in Frankfurt.

The hardliners of the Visegrad were proud at shooting down Socialist Frans Timmermans’ bid for the EU executive, their rule of law boogeyman.

Spanish leader Pedro Sanchez repeated for the cameras that “Spain is back”, after obtaining the High-Rep post, with increased powers for his outgoing foreign affairs minister.

And the Franco-German axis proved that, when it comes to course-changing decisions, the duo retains the very last word.

There was some good news to celebrate, especially the nomination for the first time of two women to lead the Commission and the ECB.

But it was a high price to pay for the badly needed gender balance.

The geographical equilibrium was disregarded and was aggravated by the election of another Italian, David Sassoli, for the European Parliament presidency on Wednesday.

The transparency and additional democratic legitimacy brought by the Spitzenkandidat process was killed, perhaps once and for all. The power distribution reflected poorly the results of the European elections, as visible in the case of the Greens.

Eurosceptics showed they can not only make their voice heard but their fist felt when the time comes.

And the sanctity of the ECB, the very last line of defence and confidence when a crisis hits, was tarnished by sending another non-banker to its helm, after former minister Luis de Guindos became vice-president.

Lagarde proved to be an experienced manager in the IMF and she can be up to speed on complex issues in almost no time, her defenders said. But if a lesson could be drawn from Draghi’s success, it’s that when the trouble comes, the ECB chief needs to master the banking and monetary policy world as Picasso did with painting or Neo with the Matrix.

The fresh leadership will stand in the shadow of old scandals, legal cases and malpractice. Lagarde was found guilty of negligence in the Bernard Tapie scandal. Borrell was sanctioned by the Spanish market authority for using insider information in the sale of some shares.

The German parliament launched an investigation into von der Leyen for nepotism and irregularities in allocating expensive contracts. And Michel’s career would hardly be the same if his father hadn’t been a Belgian minister and EU Commissioner.

Certainly, it would have been difficult to build a consensus around the dream team many imagined, including your devoted EURACTIV team, by having such a myriad of national priorities, hidden agendas, inflated egos and personal vendettas in the Council and Parliament.

But the final agreement left more unhappy faces than satisfied spirits, especially in Strasbourg, where some leading MEPs hit out against their bosses and chief negotiators.

The package “is deeply disappointing for us”, said the head of the Socialist group and Sánchez’s top MEP, Iratxe García.

Against this backdrop, von der Leyen can expect a difficult vote in the Parliament’s plenary in two weeks.

Despite the endorsement of the three largest political families, Sassoli was elected with 345 votes (99 less than the total seats of the EPP, Socialists and liberal groups), and 31 short of the absolute majority the von der Leyen will need to succeed Juncker.

Securing those votes might be the easy part of the battle for the new leadership that needs to dispel the numerous doubts among the many that hoped for another leadership outcome.

After two weeks of rollercoaster talks, the candidates for top EU jobs have finally been picked. EU leaders have hailed it as a success but the European Parliament might disagree. Read our wrap of the marathon EU summit here. For a full summary of how it all happened, check out the Live Blog.

The Parliament was quick to reassert its independence, picking an Italian Socialist as its new president and sidelining a Bulgarian candidate suggested by the European Council.

In other news, the UK’s trade minister has dismissed as “naïve and unrealistic” the prospect of the country being able to use WTO rules to continue trading with the EU after Brexit, in a rebuke to the plans of Boris Johnson, the likely next prime minister.

Last week’s record-breaking temperatures in France and other parts of Europe were at least five times more likely to happen – and potentially even 100 times more – because of climate change, according to leading climate scientists at the World Weather Attribution group.

MEPs will debate the outcome of the European Council in Strasbourg.

One response to “The Brief – The darkest ‘white smoke’”