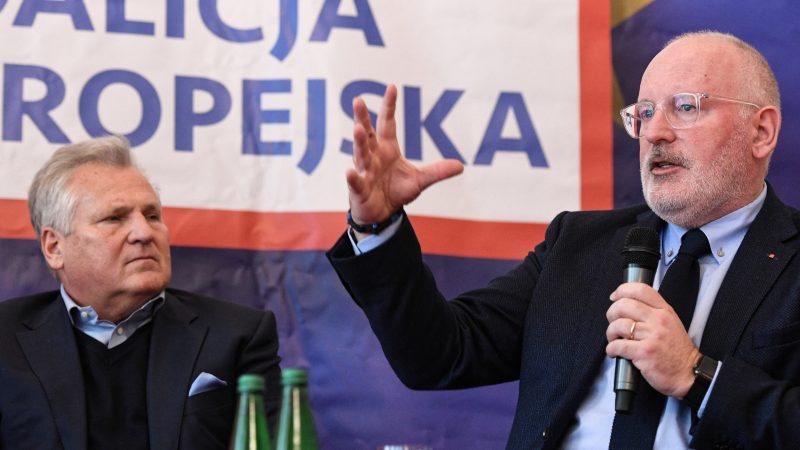 European commission Vice President Frans Timmermans (R) and former Polish President Aleksander Kwasniewski (L) during the debate on the future of the European Union in Warsaw, Poland, 6 May 2019 [Radek Pietruszka/EPA/EFE]

All but six of the European Union’s 28 states already have a legal minimum wage, though levels vary starkly.

“We need a minimum wage in the European Union,” the Dutch politician, a socialist candidate for the top EU job in this month’s elections, said at a public debate in Warsaw.

❓Are you with me❓ pic.twitter.com/dHGhkoOw5x

“Sixty percent of the median wage in every member state, I mean,” he added.

Though the discrepancy shrinks to around a factor of three when the cost of living in each state is taken into account.

In 2016, the average rate of compensation of employees in the EU, in terms of wages, salaries and employers' social contributions, ranged from €44 per hour worked, in the Brussels city region and in Luxembourg, to below €4 per hour worked in three regions in Bulgaria pic.twitter.com/CTyKz4EM1E

Opponents of the minimum wage see the policy as dragging down competitiveness, sovereignty as well as levelling down salaries.

The six EU members without an official minimum, which have their own arrangements to cover the basic needs of low earners are Austria, Cyprus, Denmark, Finland, Italy and Sweden.