Commission First Vice-President Frans Timmermans (R) and Leader of the European People's Party in the European Parliament, Manfred Weber (L) during a debate ahead of the European elections in Amsterdam on 20 May 2019. [EPA-EFE/ROBIN VAN LONKHUIJSEN]

The decision was reached during talks on the sidelines of the G20 summit in Osaka, Japan, Die Welt said.

According to Bloomberg, German Chancellor Angela Merkel had endorsed Weber and  Timmermans as the only candidates left in the race to lead the EU executive.

Without mentioning them by name, Merkel made clear that the centre-right German, from her political family, the EPP, and the centre-left Dutchman, are the official and only contenders to head the Commission. That leaves liberal Margrethe Vestager, the European Union’s antitrust chief, out of the race.

“Both Spitzenkandidaten, whom I would call the only real Spitzenkandidaten, are in the race and have both made sure that the Spitzenkandidaten process will remain in the future,” Merkel said on Saturday on the sidelines of the G-20 summit in Japan. “We are on a path which will maybe make a solution possible tomorrow.”

French President Emmanuel Macron had opposed Weber’s candidacy, partly because of his lack of experience in high office, but also because Macron disliked the Spitzenkandidaten process, while the EPP and the European Parliament chose to stick with it.

Weber leads the European People’s Party (EPP), the conservative bloc that won most seats in the election and which includes Merkel’s Christian Democrats (CDU).

A senior European diplomat told Reuters that Timmermans, currently the first vice-president of the Commission, was now the front-runner to succeed Juncker.

“Timmermans is the best placed,” the diplomat said.

The EU’s 28 national leaders will meet on Sunday (June 30) to decide on the five top positions – heads of Comission, Council, Parliament, European Central Bank and the High Representative for foreign affairs – that would help the bloc navigate through internal and external challenges.

The leaders failed to agree at a summit earlier in June on who should hold the bloc’s top jobs after European Parliament elections last month. The European Parliament holds its inaugural session in Strasbourg on 2-4 July, where it is expected to approve the new Commission president.

Asked whether there had been an agreement on other top jobs, the European diplomat, who spoke to Reuters on the condition of anonymity, said: “It was a bit too early to say, especially for the ECB.”

Another diplomat also told EURACTIV that “the ECB is off the table, for now”. Bundesbank President Jens Weidman is one of the strongerst candidates for the post.

Weber’s critics see his lack of experience leading a government as an issue and highlight his lack of charisma needed to unify a bloc facing strains over issues such as whether to be more closely integrated, and how to tackle migration and Brexit.

Political groups in the European Parliament have been discussing a coalition agreement and a pro-EU majority is in the works between the centre-right EPP, the socialists, the liberals and the greens.

The EPP, the parliament’s largest multi-country faction, has so far stuck with Weber.

Timmermans would be unpalatable to eastern EU states such as Hungary and Poland because of his role in the bloc’s rule of law probes against their nationalist governments.

EU sources told Reuters earlier this month that Merkel’s condition for eventually dropping Weber could be that no other candidate proposed by the European Parliament, or no other French person, gets to lead the Commission either.

That would rule out the bloc’s Brexit negotiator and centre-right Frenchman Michel Barnier, who has long run an unofficial campaign. 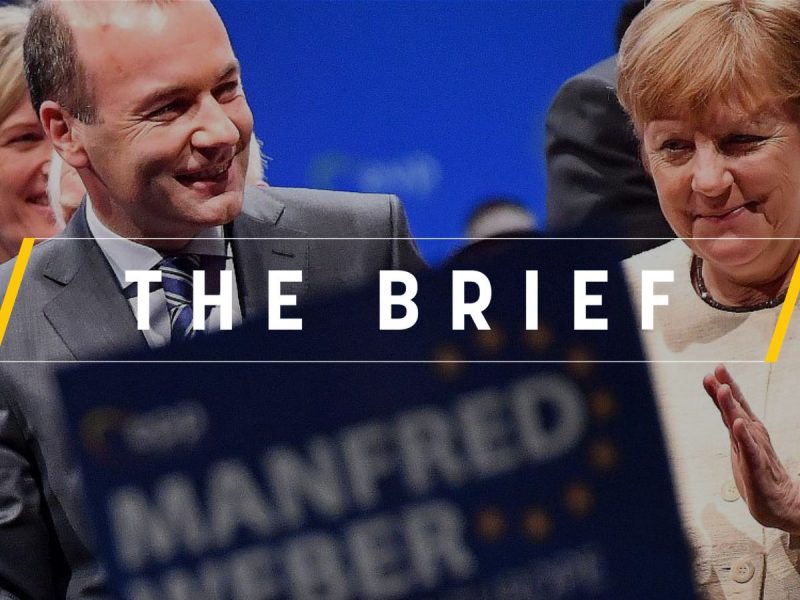 The Brief – The EPP's Hobson's choice

The clock is ticking on agreeing on the new European Commission president and the once almighty European People’s Party is having some tough choices to make in the next couple of days.

The Mexican standoff between France and Germany, amplified and …

Seven political groups have been formed in the new European Parliament and there are two major left-outs still looking for their place ahead of the Parliament's inaugural plenary on 2 July. Piotr Kaczyński takes a look at the groups and their Polish members, as well as at the strategic agenda for the next five years.