Trans-Europe Express – EU values, the elephant in the room 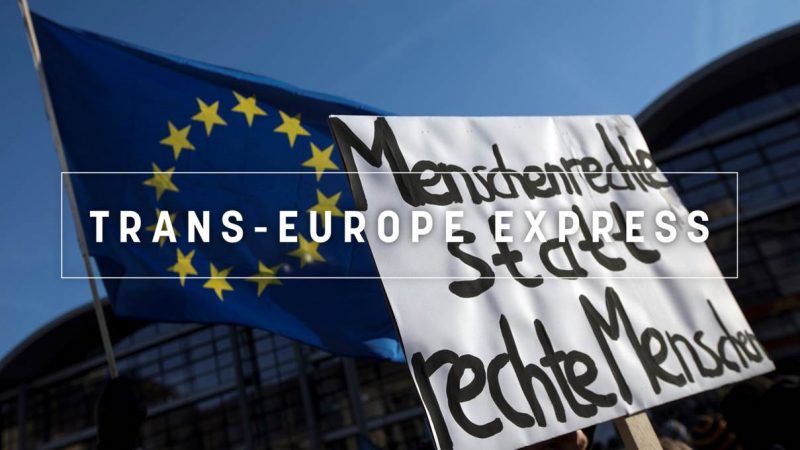 As MEPs from across the political spectrum prepare to face off in kick-off European election debates in the coming weeks, one thing is clear: the words “European values” will be heard a lot.

In more and more member states, populists and far-right parties are sitting at the levers of power, using their position to forge policies that are based on hate and intolerance or aim to dismantle human rights safeguards – while whooping traditional parties at the polls and influencing their agenda.

In Vienna and Rome, the Austrian Freedom Party and Lega are part of complex governing coalitions, which still makes it hard for them to subdue democratic institutions and breach EU values.

In Warsaw and Budapest, however, the Law and Justice Party and Fidesz rule alone and have gone a long way in undermining the basic rule of law, meant to provide democratic checks and balances.

With Germany, Sweden and other countries increasingly willing to lend an ear to the siren calls of populist promises, a nightmare scenario for the European elections does not seem implausible.

To the attentive observer, the question of what EU values actually are might sound odd, but a closer look reveals that there may be more than one answer.

During a debate organised by AmCham and EURACTIV in Brussels on Thursday (27 September), one of the questions was ‘what are EU values?’.

MEPs of the EPP and ECR added mobility and affordable healthcare and comparisons to non-European countries southeast of Brussels.

ALDE’s Hans van Baalen insisted that “there are no EU values, there are universal values” but the political reality reveals otherwise.

As the EU struggles to rein in some member states that are backsliding on democratic standards, many Brussels lawmakers are sitting on the fence, preferring to keep their political status quo instead of rising in defence of the EU’s core values and calling out their violators by name.

We’ve seen a wake-up call of sorts in recent months, and values are no longer “on paper only” as European institutions have begun to stand up to these disturbing trends all over Europe with rule of law proceedings.

But when it comes to promoting values and communicating the benefits of Europe, rational arguments might be not enough to stop the populist surge.

Because, let’s face it, Brussels has never been good at handling emotions.

It’s important that in the coming eight months, lawmakers seize the opportunity to promote those values. Not only at roundtables in the Brussels political bubble but first and foremost in their home constituencies, in front of their citizens and civil society. This is where the real fight for EU values will be fought.

The campaign is just beginning, there is still time to change the narrative.

Campaign countdown. Two weeks after Jean-Claude Juncker’s speech in Strasbourg, Europe, lost in confusion, staggers towards elections. We’ve kicked off our dedicated 2019 election coverage: brace yourselves, we’re in for hell of a ride.

Thick air. Air pollution in Brussels worsened for the second year in a row and the regional government has been accused of underestimating the true scope of the problem.

Lower gears. Germany’s environment ministry revealed that the Bundesrepublik will back an EU-wide 30% CO2 cut for cars and vans – a benchmark that is lower than expected.

Press muzzle. Austria is facing a debate over the state of the country’s press freedom after a far-right-controlled ministry targeted critical media.

Cracking unity? The head of the ECR group claims that the EU-minus-UK unified front is not as solid as it seems, as Central and Eastern European countries are fearful of a no-deal-drive by the French and Germans.

Breaking dialogue? Poland has accused the Commission of breaking the dialogue over the rule of law dispute, after a hide-and-seek decision game that led to Warsaw being referred to EU’s top court.

Accession questions. If we really believe that the Western Balkans region belongs in Europe, it is time to insist on respecting European values. Macedonia meanwhile highlights economic benefits ahead of its name change referendum on Sunday.

One response to “Trans-Europe Express – EU values, the elephant in the room”