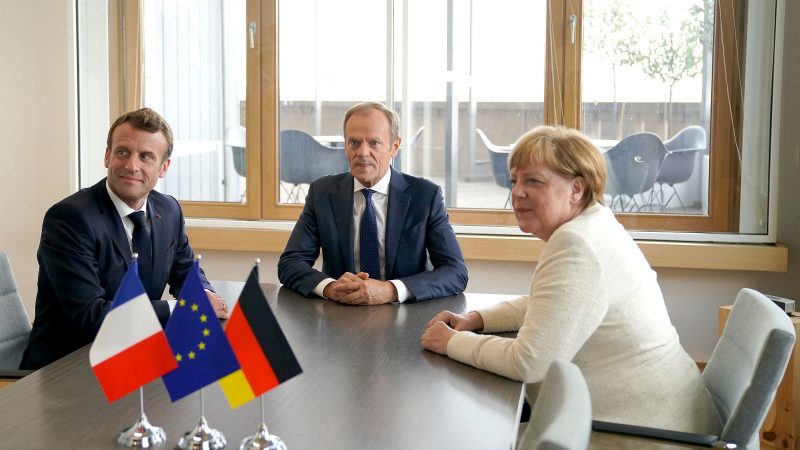 “Macron doesn’t understand how Europe works. He messes up every time. He has to learn!”, said a newly elected German MEP. For him, the blocking of appointments to the top EU jobs is due to a lack of knowledge of the coalition mechanisms that prevail both at European level and in some Nordic democracies, such as Germany. And the European Parliament.

Voting for Manfred Weber, who was chosen as the lead candidate of the European Conservatives, does not pose any problem for his direct political opponents in Germany, who nevertheless abhor his positions. The fact that the democratic choice of European citizens confirmed him at the head of the main political group is much more important than any other consideration.

On the other hand, since coming to power, Emmanuel Macron has given clear priority to decision-making rather than debate, and has taken full advantage of Parliament’s reduced powers in France. For him, taking into account the will of the European Parliament was not a priori on the agenda.

At the Elysée, the following is repeated at will: “The treaties are clear, it is the heads of state who propose the president of the Commission, who is then elected by the European Parliament”.

On the German side, the emphasis on candidate Manfred Weber is based precisely on the democratic legitimacy of the European Parliament, and of the candidate representing the strongest group. Who happens to be German.

It is only after hearing the voices of two European Parliament heavyweights that Germany considered reevaluating its unfallible support for Manfred Weber. The situation has changed when the social-democrats and the liberals have indicated they were not supporting the EPP candidate.

Nevertheless, Angela Merkel reiterated after leaving the European Council on Thursday evening that she was committed to the Spitzenkandidaten system.

In his view, the Spitzenkandidaten have no legitimacy for European citizens, who do not vote for them because they are unaware of their existence. Thus, no candidate of the European right had campaigned for Manfred Weber as the lead candidate except in Germany.

The French president had tried to turn things around in February 2018, by trying to set up a small proportion of transnational lists in the European elections. This was rejected as there was no majority in favour in the European Council.

Despite the lack of results on appointments, at the European Council, France and Germany each gave some leeway.

“We are in a parliamentary system, which requires agreements and compromises. It is not a crisis or success, we are moving forward,” a French source close to the Elysée said on Thursday.

The step forward in favour of transnational lists also shows there is a desire for progress in Germany.