Trump is ‘not America,’ Weber says after US downgrades EU diplomatic status

Manfred Weber, candidate of the conservative parties in the European Parliament, speaks on the second day of the 31st Party Congress of the Christian Democratic Union (CDU) in Hamburg, Germany, 08 December 2018. [EPA-EFE/DAVID HECKER]

One of the frontrunners to take up the next EU Commission Presidency, Manfred Weber, responded to concerns over the US Trump administration on Wednesday (9 January), saying that the President “is not America”.

Weber, the lead candidate of the centre-right European People’s Party (EPP) for the May European elections, was commenting a day after the US downgraded the EU’s diplomatic status in America.

While Weber highlighted the importance of maintaining a close relationship with the US, he noted that the current US President doesn’t necessarily represent the country as a whole.

“Donald Trump is not America,” he said, talking to reporters about his upcoming ‘listening tour’ ahead of the crucial European parliamentary elections in May.

“America is still our partner and a friend of ours and we have a lot of things is common, values and principles and a way of life,” Weber said. 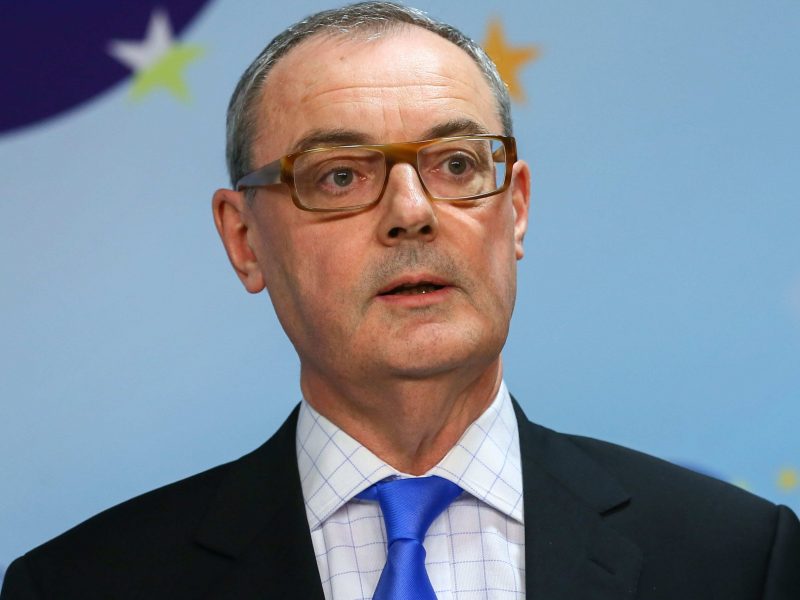 On Tuesday, the US government lowered the official status of EU diplomats, meaning that fewer representatives from the bloc could be able to attend high-level meetings with Washington counterparts.

“We understand that there was a recent change in the way the diplomatic precedence list is implemented by the United States’ Protocol,” Commission spokeswoman Maja Kocijancic said on Tuesday (8 November).

“We are currently discussing with the US administration possible implications for the EU Delegation in Washington. We were not notified of any change.”

Weber also drew attention to two areas of policy on Wednesday that will be prioritised under his Presidency: external affairs and defence.

Both fields require “more Europe,” Weber said, adding that cyber defence measures need to be bolstered in particular, as well as a common approach on the regulation of drone use.

Weber applauded the efforts of German Chancellor Angela Merkel and French President Emmanuel Macron in advocating for greater unity on defence, and said that he approves of their backing for a potential EU army.

However, he said that the bloc was “lacking concrete approaches” to roll out such ambitious proposals, and called upon EU defence ministers to look into practical ways to put Merkel and Macron’s pledges into action.

On external affairs, Weber said that “Europe is totally absent” in some areas. He highlighted the crisis in Syria as somewhere the EU could assert itself with a greater political clout than it is currently doing.

He added that the rules for external affairs decision making processes need to change, highlighting the need to make more issues in this field dealt with by Qualified Majority Voting, rather than unanimity, a move that current Commission President Juncker has also sought to pursue.

Weber was crowned Spitzenkandidat of the EPP in November in Helsinki, after he cruised to victory in a contest that saw ex-Finnish Prime minister Alexander Stubb defeated with a small share of the votes. Weber secured 492 votes, while Stubb was well behind on 127.

The German now embarks on a tour of all EU member states, travelling into the “suburbs, rural areas and villages…visiting local businesses, farms, schools and community organisers,” a statement distributed on Wednesday reads.

The first stops on Weber’s tour include Cyprus from Thursday (10 January), and then onto Spain in mid-January and Lithuania at the end of the month.