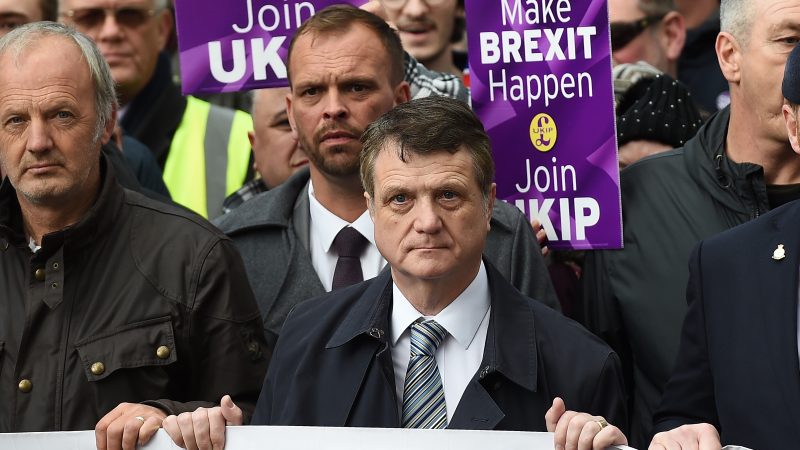 UKIP launched its campaign for the European elections on Thursday (18 April), describing itself as “the authentic party of Brexit” as it seeks to fend off Nigel Farage’s new Brexit party.

At the campaign launch in Westminster, under the slogan “tell them again”, UKIP leader Gerard Batten described his party as “the true party of leave” but focused most of his remarks on his party’s former frontman.

Farage, who co-founded and then dominated UKIP for nearly two decades, formally launched his new party at the weekend. The Brexit party’s nucleus comes from the ‘Leave means Leave’ organisation set up after the 2016 referendum to campaign for a ‘hard Brexit’.

Batten dismissed the new party as a ‘one man band’, adding that Ukip is a real party and is putting up 1,400 candidates in UK local elections that will be held on 2 May, three weeks ahead of the European Parliament polls.

“The Brexit Party doesn’t have any candidates, because it’s not a proper political party,” he said.

However, the Brexit party appears likely to comfortably beat UKIP in the battle for Eurosceptic votes. Of the 24 UKIP MEPs elected in 2014, when the party topped the poll with 27% of the vote, only three MEPs are still registered as UKIP representatives.

“The lurch towards extremism has destroyed Ukip,” Farage retorted on Thursday.

A YouGov poll published on Wednesday put Farage’s new party on 27%, compared to 7% for Ukip.

Neither the Conservatives or Labour have launched their own European campaigns yet, and both face major tactical decisions. Voters appear to be deserting Theresa May’s Conservative party in droves over the prime minister’s failure to take the UK out of the EU as promised on 29 March, and her negotiation of a six month extension to the Brexit process.

The party is also facing a revolt from its 150,000 members, most of whom favour a ‘hard Brexit’. The YouGov European elections poll put the Tories on 12%. 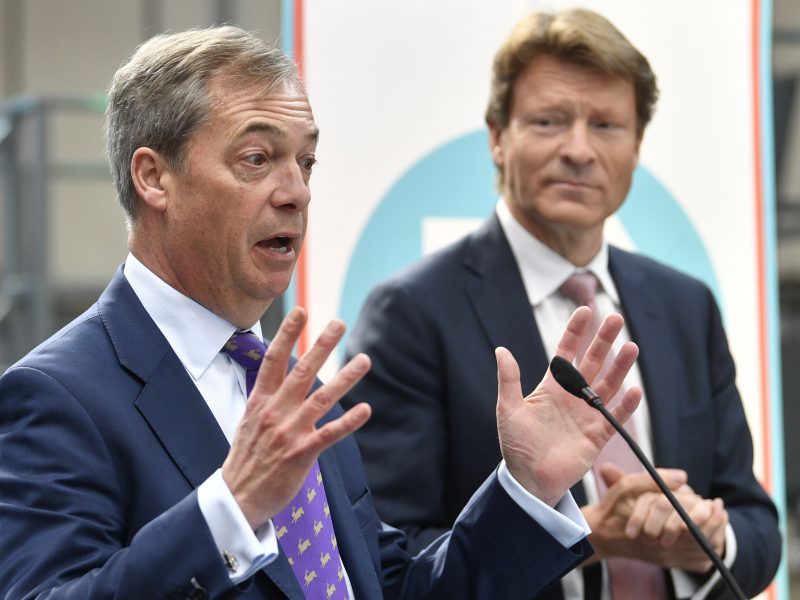 Previous EU polls have punished the Tories and Labour, producing strong results for parties such as UKIP and the Greens which struggle to elect MPs to the UK parliament on the First Past The Post electoral system.

On the pro-European side, Labour, the Liberal Democrats, Change UK, the party formed by eleven ex-Labour and Conservative MPs, the Greens, and the Scottish and Welsh nationalists will be competing for votes and seats.

Labour is under pressure from its largely pro-European membership, which totals more than 500,000, to promise a referendum on any Brexit deal passed by the House of Commons.

On Wednesday, Margaret Beckett, an ex-minister and party grandee, warned that European elections had proved to be “rich hunting grounds for Nigel Farage’s brand of extreme rightwing politics before and may be again.”

“If anyone can stop Farage winning, it is Labour – and only if we backed a people’s vote,” she added.