According to a report by the non-profit research and campaign group Corporate Europe Observatory, based on the analysis of 14 key votes in the European Parliament, authoritarian right-wing parties also misrepresent their objectives. 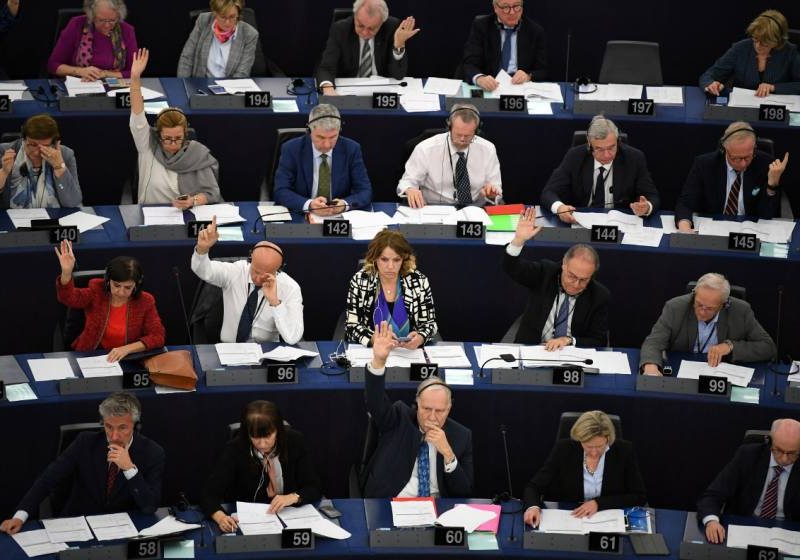 The votes examined in the report concerned paternity leave, safety at work, the impact of sugar on health, country-by-country accounting, working conditions, the European authority against tax evasion, a corporate tax at 25%, exposure to risks of cancer, the digital turnover tax, and the gender pay gap.

Fidesz, an example of the authoritarian right in power for 10 years

The Hungarian party abstained or voted against 12 of the 14 laws examined in the report. The party’s votes contradict the party’s own rhetoric.

During a legislative campaign, the Hungarian party denounced Apple for not paying its taxes. But in Hungary, like in the European Parliament, Fidesz’s economic vision is to have very low corporate taxes, very low wages and closer cooperation with the industry.

In Hungary, the minimum wage is €464 per month, while taxes are among the lowest in Europe. Fidesz’s vision has encouraged the establishment of many companies, particularly in the car manufacturing sector, which accounts for 21% of Hungary’s GDP.

In Austria, the FPO seems close to corporations

Chancellor Sebastian Kurz’s party, the Freedom Party of Austria (FPÖ), has been constantly easing regulations since the party came into power.

The working week has gone from 48 to 60 hours, and the ban on smoking in public spaces, scheduled for 2018, has been cancelled, while Japan Tobacco and British American Tobacco continue to be active in the country.

The financing of the anti-European far-right German party Afd (Alternative for Germany), continues to be a serious issue in Germany.

In 2016, as in 2017, the party was fined for making false statements about the donations it has received. In the European Parliament, the party opposed 10 of the 14 votes cast.

PiS – raises standards, for itself

The ruling party in Poland has called for raising the living standards of Poles.

But in reality, it was mainly the government ministers who received comfortable bonuses in 2017, amounting to an extra annual salary each. Several party members have been involved in corruption cases.

Lega voted against half of the texts cited by Corporate Europe, and especially against all texts protecting the climate and the environment, despite commitments to the contrary.

One of the party’s MEPs is one of the 30 richest elected representatives of the European Parliament and is declaring additional income to his salary as an MEP of between €5,000 and €10,000.

In 2014, Marine Le Pen’s Rassemblement National contracted a loan from a Russian bank, resulting in a commission for one of its MEPs, Jean-Luc Schaffhauser.

For 2019, independent French online investigative and opinion journal Mediapart analysed another financing system. The party used fundraising from its supporters to finance its campaign.

It promises a 5% return, well above current interest rates (3.4%). However, the difference will be financed by the French government, which reimburses campaign expenses to parties that receive more than 3% of the vote – and Rassemblement National is guaranteed to achieve this threshold.

The party raised €4 million, the amount of its campaign, through these means: €200,000 will be financed by the French government to pay interest to the contributors of Rassemblement National.

UKIP: party of the very rich

Like Le Pen’s Rassemblement National, UKIP has made extensive use of European funds to finance its national activities.

An MEP resigned after misusing around £100,000 of EU funds, and Farage lost €35,000 from his 2018 salary after EU Parliament auditors concluded he had misspent that amount of EU funds.

The smaller far-right parties, whether Belgian, Finnish, Swedish or Czech, are also accused of corruption or having questionable financing.

“The language of these parties is based on the rejection of elites and the ruling class, to promise a better future for the working classes. Their vision for their country is simplistic and is based on the demonisation of others (migrants, ethnic minorities, LGBT). The other is defined as a threat, which justifies the intervention by an authoritarian response by attacking human rights, civil society,” explained Corporate Europe Observatory.

While they often refer to the “power of the people”, they plead for an ultra-nationalist policy and are prepared to cooperate with Russia and China.

None of the parties studied supported the idea of a minimum corporate turnover tax of 25%, while almost all voted against the creation of an authority that would combat tax evasion.