The lead candidate for Europe’s conservative bloc in next month’s EU elections has said he would try to stop the Nord Stream 2 gas pipeline if he becomes European Commission president, according to an interview published Tuesday (23 April).

“I am against the Nord Stream 2 project,” Manfred Weber from Germany’s conservative CSU party told Polish newspaper Polska The Times.

“It will increase the dependence of the EU on Russian gas and not decrease it. And we need more independence not dependence on Russian gas,” said the lead candidate of the centre-right European People’s Party (EPP) for the May EU elections.

This position is not new. Although Germany is the main beneficiary of the project, Weber, as leader of the EPP group in the European Parliament, has been consistent with his fellow conservative MEPs in opposing Nord Stream 2.

“That’s why, as the president of the Commission, I will use all legal instruments available… and check all the opportunities to stop NS2,” the German said of the pipeline spearheaded by Russia’s gas giant Gazprom.

“You know it’s already a very advanced project. But I will try to do my best.”

The controversial €11 billion new energy link between Russia and Germany is to run under the Baltic Sea and set to double Russian gas shipments to the EU’s biggest economy.

This has sparked concerns about Western Europe’s dependence on Russian gas, as well as Moscow’s ability to pressure Ukraine as Europe will be less reliant on the country for transiting supplies.

Ukraine, the United States and many countries in eastern and central Europe are opposed to the pipeline, which is set to be completed by the end of this year.

Crews have already completed more than two-thirds of the 1,230-kilometre steel-and-concrete pipeline through the maritime territories of Russia, Finland, Sweden, Denmark and Germany.

Denmark has recently raised obstacles that risk delaying the project.

Russia’s Gazprom and the western companies involved in the project had hoped to complete the pipeline by the end of 2019. But it now appears that the project will be completed in 2020 at the earliest, even if everything goes according to plan.

Meanwhile, the new Commission president is expected to take office on 1 November 2019.

The Juncker Commission has done everything it could to keep decision-making regarding Nord Stream 2 in the remit of member states, where Germany commands a majority in support of the gas pipeline project.

A recent French U-turn – meanwhile reversed – however, conveyed the impression that this majority is not immutable and could still be overturned.

If the new Commission decides to change tactics and adopt a more political approach, it would probably find an ally with the European Parliament to stop the Gazprom-led project. 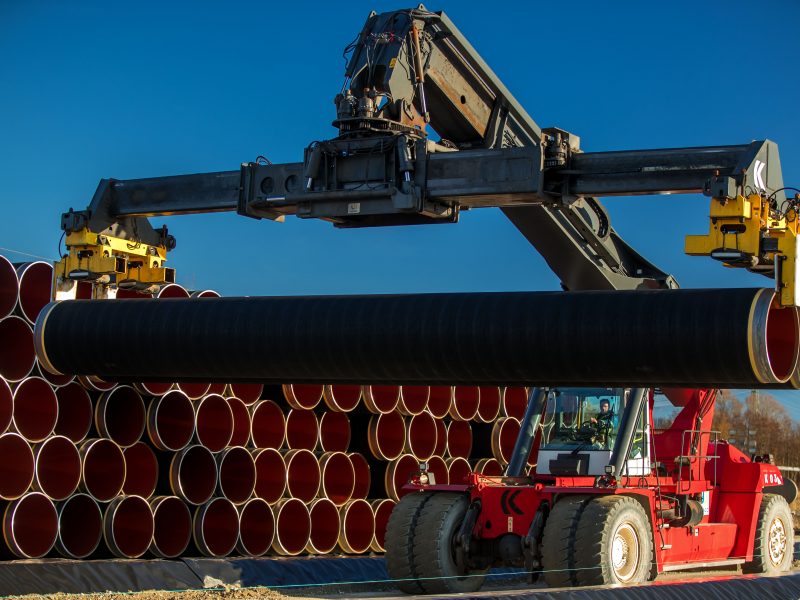