After a difficult start in Brussels, France’s former European Affairs Minister withdrew in a statement sent to the rest of the delegation on Thursday (13 June).

Loiseau’s decision to withdraw was accelerated by the publication of remarks she made to journalists in Brussels last week, which were widely seen as offensive to other MEPs. Her comments came at a time when negotiations with other members of the centrist group already looked complicated.

With 21 elected MEPs, Macron’s La République en Marche (LREM) has already succeeded in changing the name of the centrist group in the European Parliament, formerly known as the Alliance of Liberals and Democrats for Europe (ALDE).

One of the key conditions for LREM’s participation was to remove the word “liberal” from the group’s name, a term which has negative connotations in France. At French requests, the centrist political group was renamed ‘Renew Europe’. 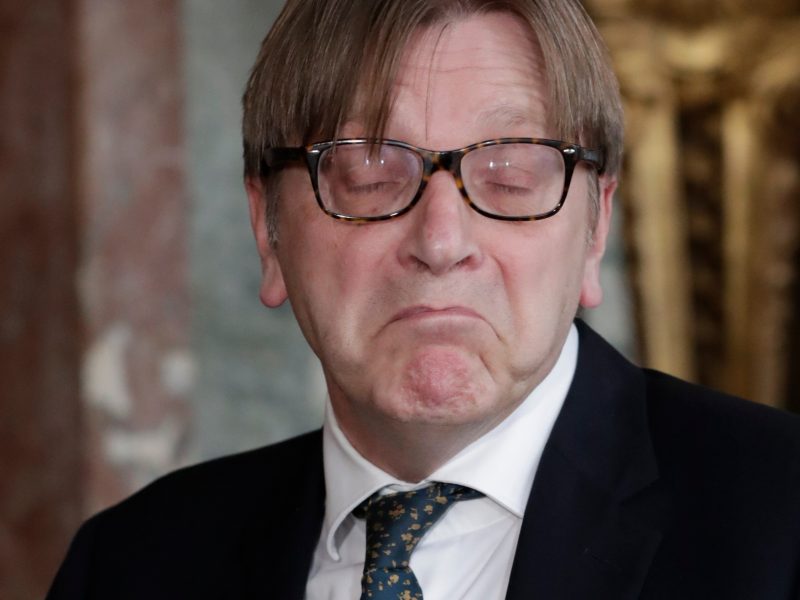 The main centrist political group in the EU parliament changed its name on Wednesday  (12 June) after receiving an influx of new French members who shy away from the term “liberal”.

The French also intended to lead the group, a move that was perceived as a certain arrogance in Brussels, where other credible contenders have been lined up, including Guy Verhofstadt, Sophie Int’Veld or the Romanian Dacian Ciolos, as underlined by the former MEP Jean Arthuis, who is also close to LREM.

LREM’s delegation of MEPs met on Thursday (13 May) evening to discuss the next steps. They do not want to waste any time and urged the European centrist group to choose its headquarters on Monday (17 June).

For lack of a credible candidate, the French can now at best hope to be allocated the vice-presidency of the group, even if some MEPs on the French list claim they have ambition.

Having the political group’s presidency comes with the advantage of having access to the so-called ‘Conference of Presidents’ in the European Parliament. This is where everything is decided, whether it be the agenda or the treatment of the most sensitive issues. However, France will not have any representatives.

“We thought Nathalie Loiseau was a diplomat, but no. In Brussels, one can be ‘off’ with regards to issues but not with regards to people. That is too sensitive,” said a member of LREM.

Pascal Canfin, number two on the ‘Renaissance’ list and former MEP, is not particularly interested in leading the group as he prefers trying his luck as France’s EU Commissioner.

As a former Green, he does have a strong chance of being accepted outright, particularly by ALDE’s most liberal MEPs. Ex-Senator Fabienne Keller could be also be a potential candidate to lead the group.