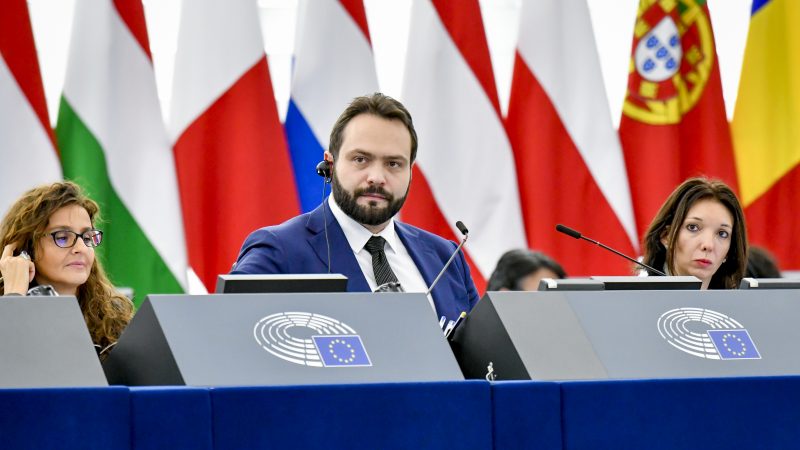 Italy’s Five Star Movement aims to build a new, post-ideological group within the next European Parliament to get the EU back on track, proposing more direct democracy tools and deep reform of the Eurozone, with a strong focus on growth, environmental protection and youth unemployment, writes Fabio Massimo Castaldo.

Fabio Massimo Castaldo is the Vice President of the European Parliament and a Five Star Movement MEP.

In the last ten years, the EU has been confronted with important challenges and it has failed to successfully cope with most of them.

First of all, the economic crisis has been dealt with an injection of austerity and pro-cyclical economic interventions, which has worsened the situation.

Economic divergence, both within and among the member States, has increased and the damage caused by this approach perpetuated by traditional political forces is particularly evident in the Greek case.

The member states’ self-interest has largely prevailed, against the principle of solidarity enshrined in the Treaties, leaving European politics stuck in a state of permanent stalemate.

The European People’s Party (EPP) and the Socialist and Democrats (S&D) are the parties bearing most of the responsibilities of the current crisis of identity that Europe is facing.

We need to change to get the European Union back on track. This is why we are working to build a new group.

On 26 May, our group will include additional parties and together we want to return Europe to its citizens.

The first aspect of this new coalition is its post-ideological character. The traditional right-left political spectrum has shown to provide empty labels, as the main traditional groups in the European Parliament equally share the responsibility for the current decline of the EU’s popularity and, therefore, of the European project.

Citizens have increasingly felt excluded from decisions taken in Brussels, as these have often gone in a direction contrary to what they needed, but also because of the lack of transparency that characterizes the working methods of the Council in particular.

And the European Parliament, the only directly elected institution of the EU’s architecture, is today the sole Parliament in the world to which no legislative initiative power is granted.

Moreover, notwithstanding the opportunities of participation offered by technological progress, the only European direct democracy tool, the Citizens’ Initiative is, at present, almost unusable.

We want to combat corruption and transnational organized crime, but we also want to protect the real economy from the power of financial markets.

Furthermore, austerity policies, which caused huge damage to many EU citizens are to be substituted by a strong engagement of the public sector in order to foster research and development.

Deep reform of the Eurozone is fundamental to reach convergence among the member states. We have to focus and find solutions for growth and unemployment and stop and contain the dangerous effects of a globalization process which has been ill-managed so far.

The starting point of every national economy has to be taken into consideration and each of them must be supported to converge towards the highest common standards.

Environmental protection is fundamental, together with the promotion of public health, both are essential elements that must be guaranteed to European citizens through a durable and comprehensive policy.

Energy transition and the promotion of a circular economy have always been at the core of our political platform, as they are indispensable for the survival of our planet.

Finally, we want to invest in our young citizens and their skills: youth unemployment is a priority for us, as young people are the engine of the European economy and they, all of them, have to be given the best opportunities possible.

Now is the time to change. We want to be this change that European citizens are looking for.

3 responses to “A new political group to change Europe”