EU citizens: Are you ready to vote? 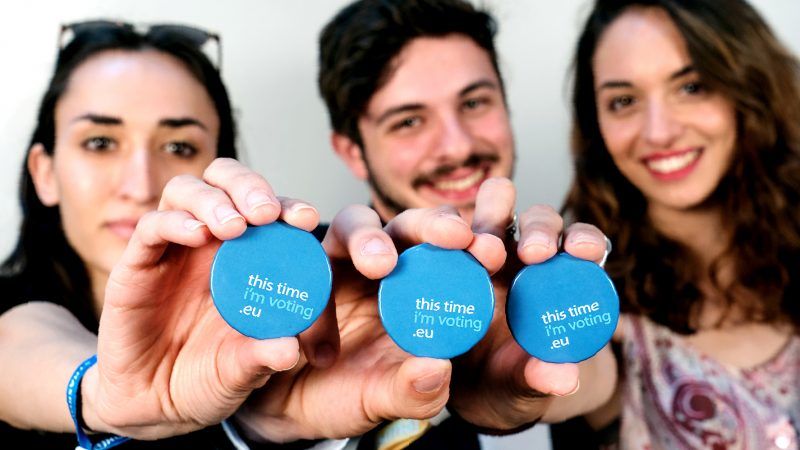 With the European Parliament set to end its term on April 8 2019, EU citizens will be called to the ballot boxes to take part in European Parliamentary votes between 23-26 May 2019, in which 705 MEPs will stand for seats in the EU’s legislative chamber.

With many other challenges on the horizon, from migration to climate change, youth unemployment and data privacy, there has never been a more important time for Europe’s citizens to cast their opinions as to how they would like to be represented on Europe’s political stage.

Along this axis, a recent malicious disinformation campaign during the referendum in Macedonia attempted to dissuade citizens from voting. The EU is aiming to prevent such malign interferences from negatively impacting participation at the ballot box next year.

With the involvement of EU citizens in next year’s elections so vital in safeguarding the longevity of the Union, volunteers from across the continent have recently banded together to build a campaign encouraging as many people as possible to take part in the 2019 elections.

The thistimeimvoting.eu project has been set up in 24 different languages and is dedicated to explaining the reasons why citizen involvement in the electoral process is so important.

The campaign began earlier this year and calls upon Europeans to spread the word amongst communities at a local and national level on the importance of exercising their democratic right to vote.

The initiative is being promoted widely on social media, and a series of events are scheduled across the continent as a means to mobilize citizens, all upcoming happenings are listed on a map accessible here.

Volunteers taking part have been praising the successes of the project and also talking about why the issue of participation is so important to them ahead of the elections next year.

Roma, 22 & Julien, 25, from Belgium, explained the reasons behinds their commitment to take part in 2019.

“This time I’m voting for a European network that protects refugees,” Julian said. “It’s time to develop a strong collaboration between the various member states to bring a real international solidarity into being.”

Roma added that she would like to see a greater degree of harmony between member states across the union. “I’d like to see more solidarity in Europe and more cooperation to address the challenges we are facing today, such as the refugee crisis, the environment, and the threats that have been looming over us lately,” she said.

“I think these issues go beyond national jurisdictions, and the European Parliament should address them.”

Young people from across Europe have been rallying the cause for participation in the EU elections all year. As part of the European Youth Event in June, over 8,000 youngsters descended on the European Parliament in Strasbourg to discuss how to create a future Europe that can best represent its citizens.

Featuring discussions and debates on subjects ranging from the digital revolution, the impact of globalisation, the future of Europe and climate change, the event marked the launch of thistimeimvoting.eu, and was opened by European Parliament President Antonio Tajani.

Those attending the event represented “children of a modern, democratic and open Europe,” Tajani said, adding that they all have “a vital role to play in building the Europe of tomorrow”.