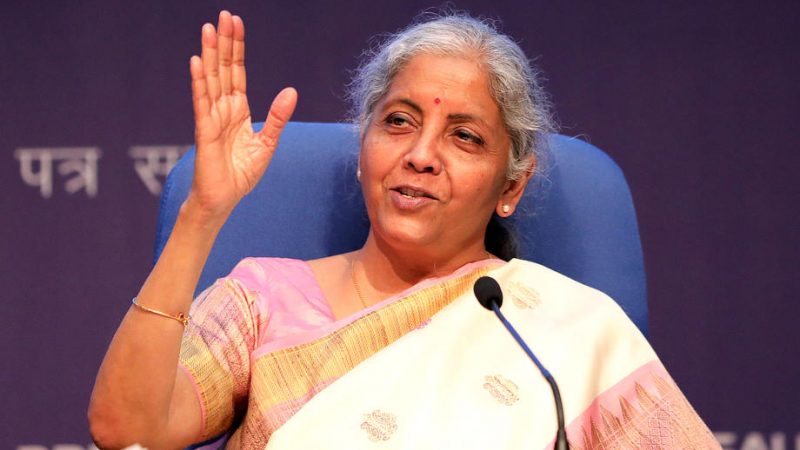 File photo. Indian Finance Minister Nirmala Sitharaman addresses the media after presenting the budget in the parliament in New Delhi, India, 1 February 2022. India unveiled on the day a nearly 39.5 trillion Indian Rupee budget (around 530 billion US dollar) for the upcoming financial year, proposing to step up investment in infrastructure to boost the country's economy, which has been slowed down by the COVID-19 pandemic. Finance Minister Nirmala Sitharaman vowed in her budget speech to create a modern infrastructure and logistics synergy among different modes of movement, both of people and goods. [EPA-EFE/HARISH TYAGI]

Low middle-income and middle income countries do not have enough resources and need global support to face these challenges, Indian Finance Minister Nirmala Sitharaman told her G20 counterparts hosted at a virtual meeting hosted by Indonesia, which holds the rotating presidency of the group.

G20 members should work together to address the gaps in global pandemic preparedness, which were raising “serious concern”, Sitharaman said.

She said the World Health Organisation (WHO) needed to augment its capacity and mobilise global resources, and structural bottlenecks would have to be addressed to lessen the impact a pandemic might have.

Earlier on Thursday, US Treasury Secretary Janet Yellen urged G20 members to back a proposed fund to invest in pandemic prevention and preparedness, warning that failure to close gaps in global health systems could result in “devastating” costs.

Yellen told finance ministers and central bankers from the world’s 20 top economies that the new financial intermediary fund – to be hosted at the World Bank – would help channel the estimated $75 billion in investments needed to reduce global vulnerabilities to future pandemics.

India is set to host the summit in 2023 and play a leadership role on global issues.