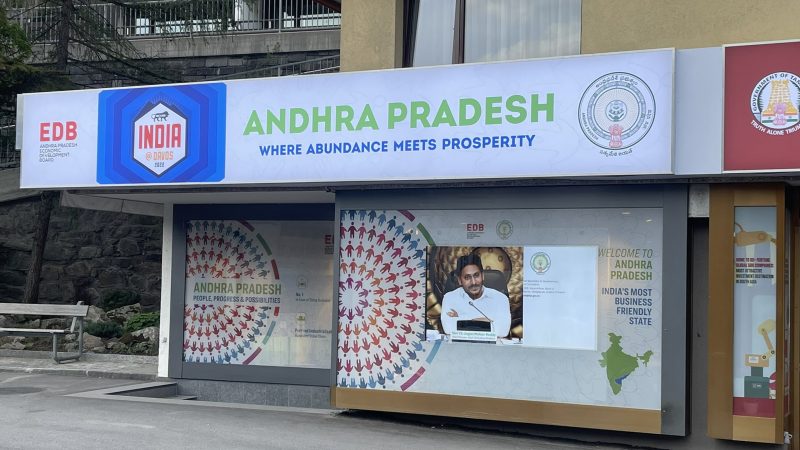 The Andhra Pradesh lounge in Davos. Six Indian states are represented with their own lounges, housed in what are usually high street shops. [Twitter]

Bright colours and bold logos proudly signal where India has set up base on the main street in Davos this year, as the country trumpets its pro-business and foreign investment drive.

Inside a pavilion on the Swiss Alpine resort’s Promenade street beneath an “India @ Davos 2022” logo, the federal government served up treats including ‘masala chai’ tea, ‘samosa’ snacks and other spicy delicacies.

Clustered around it are six Indian states with their own lounges, housed in what are usually high street shops.

“It’s an Indian street, it should be called ‘Little India’. It shows the country is open for investments,” said Samir Saran of India’s Observer Research Foundation.

Indian Commerce Minister Piyush Goyal told Reuters that Prime Minister Narendra Modi had suggested bringing states together to showcase unity at the gathering of business and political leaders at the World Economic Forum.

“Investors love this kind of a messaging,” Goyal said.

While India has long had a presence at the World Economic Forum, several officials and attendees from Asia’s third-largest economy said it was not previously so prominent.

At the government’s base, food was being prepared by a team of 15 chefs who were flown in from India, along with 450 kilograms of vegetables and local spices, head chef Guru Nathan told Reuters, as people enjoyed a fragrant morning buffet.

“We were asked to keep the spice moderate so that everyone can enjoy (the food),” Nathan said.

Only a few steps down the road, Indian tech giants Infosys, Wipro and HCL Technologies have set up their bases close to those of Alphabet’s Google, Meta and Intel.

One state government official put the number of Indian officials attending Davos at more than 100, with scores of company executives and a handful of startups also present. Goyal estimated overall there would be 200 Indian participants.

“We have record numbers from India,” Sriram Gutta, head of India agenda at the WEF, said. 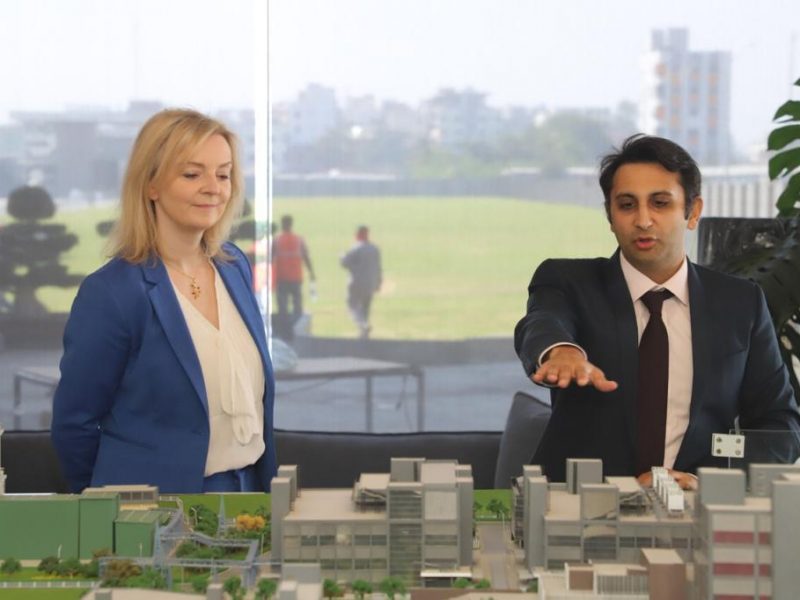 The Serum Institute of India (SII), the world’s biggest vaccine maker, is considering setting up its first manufacturing plant in Africa as it looks to expand globally after its success in selling COVID-19 shots, its CEO said on 23 May.

Federal ministers have talked about India’s economic boom and the opportunities it offers at Davos.

Although Modi’s government has often faced criticism from foreign companies for announcing policies which they say are protectionist in nature and favour domestic companies, India recently reported its highest ever foreign direct investment inflow, which hit $83.57 billion in 2021-22.

After engaging regularly with Indian states on subjects such as agriculture technology, drones and electric vehicles, the WEF has gradually increased the number of invitations to them, Gutta said, adding that they “will continue to gain prominence”.

Even though they are run by different political parties, the states were seeking to project a united image and showcase their respective offerings for businesses, Deepak Bagla, CEO of federal investment promotion arm Invest India, told Reuters.

The southern state of Andhra Pradesh signed investment pacts worth a total of $16 billion for investment in renewables at Davos, while one official said Karnataka has held meetings with prospective investors.

“What this street really shows you is the new reality of India,” Bagla said.