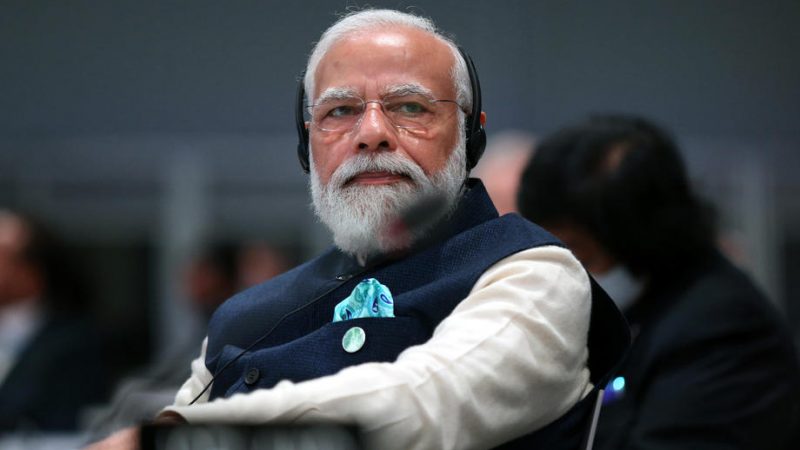 India’s prime minister on Monday (1 November) used the COP26 climate talks to announce 2070 as the target for his country to reach net-zero carbon emissions, two decades beyond what scientists say is needed to avert catastrophic climate impacts.

Narendra Modi defended India, however, as having stuck to its climate pledges “in spirit and letter” and noted that his country contained 17% of the world’s population but was responsible for only 5% of global emissions.

Modi told other world leaders that India would increase the share of renewables in its energy mix from around 38% last year to 50% by 2030.

It said it was more important for the world to lay out credible pathways to reduce emissions.

The United States, Britain and the European Union have set a target date of 2050 to reach net zero, by which point they will only emit an amount of greenhouse gases that can be absorbed by forests, crops, soils and nascent “carbon capture technology”.

China and Saudi Arabia have both set targets of 2060, but critics say these are largely meaningless without tangible action now. Scientists say we must halve global emissions by 2030, and reach net-zero by 2050, in order to prevent the worst impacts of climate change.

In his speech, Modi also called for a global push to adopt sustainable lifestyles.

“Instead of mindless and destructive consumption we need mindful and deliberate utilisation,” he said, citing consumer choices in areas from packaging to diet.

“These choices, made by billions of people, can take the fight against climate change one step further,” he said.

India is a key partner on fighting global climate.