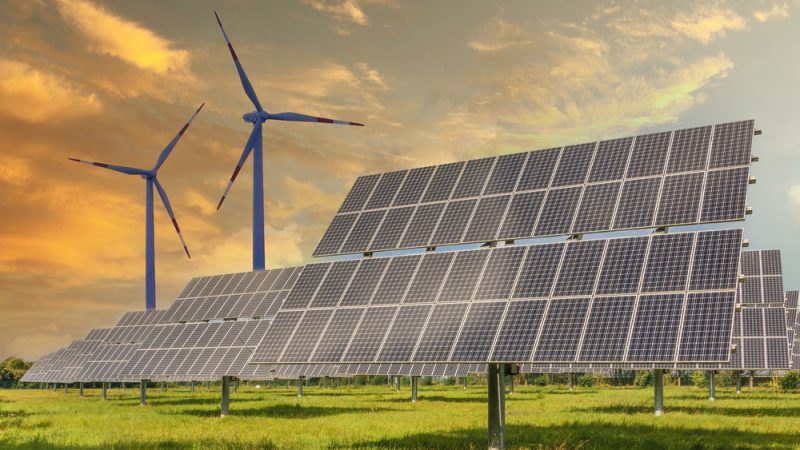 Climate change will jeopardise development prospects across the world, imposing pressures on economic, social, and political systems that human civilisations have never experienced. Much has changed since the Glasgow climate negotiations at the end of last year. The latest science tells us that global greenhouse gas emissions must peak by 2025. Meanwhile, economies are struggling to recover from the pandemic while combatting rising inflation. And energy insecurity in Europe is threatening to derail faster investments in clean energy. Through the confusion can come clarity if Europe sees opportunity in India’s climate ambitions, energy transition, and economic transformation.

Dr Arunabha Ghosh is CEO, Council on Energy, Environment and Water (CEEW), one of the world’s leading climate think tanks, and a member of the UN Secretary-General’s High-Level Expert Group on Net-Zero Emissions Commitments of Non-State Entities.

India has approached the climate challenge through two lenses: Equity as the basis of climate justice, and a bias towards action. Historical inaction and tepid ambition from the largest polluters have become a death sentence for many low-lying countries and for hundreds of millions of people living in vulnerable parts of the world. Into this feeling of despair and desperation came India’s ‘Panchamrit’, a five-part formula for sustainable development, which Prime Minister Modi announced in Glasgow last November as climate negotiations commenced.

What do India’s commitments mean? India must install a breathless 10.5 MW of renewable energy capacity every working hour for the next nine years to achieve the target of building 500 GW of non-fossil electricity capacity by 2030. Prime Minister Modi also talked about cutting carbon emissions by one billion tonnes by 2030. This translates into a 3% reduction against projected emissions within this decade (when industrialised countries had reduced emissions by only 3.7% since 1990). India also plans to reduce the carbon intensity of its GDP by 45 per cent by 2030 (upgrading it from the 33-35% original target); it has already reduced by 24% during 2005-2016.

Modi capped this with a commitment that India would reach net-zero emissions by 2070. Independent analysis suggests that if all countries met their targets the world could be on track for 1.8 degrees of warming over industrial levels. The Intergovernmental Panel on Climate Change, however, fears that on current trajectories global warming could be far higher. This makes India’s announcement even more consequential.

In effect, the net-zero announcement is a call for an economic transformation with sustainable lifestyles at its core. The Council on Energy, Environment and Water (CEEW) analyses that India will need 5630 gigawatts of solar power by 2070. Another 1792 GW of wind power will be needed, 79% of freight trucks will have to be electric (the rest fuelled by green hydrogen), electricity’s share in industrial energy will have to jump from 16% today to 65% in 2070, and crude oil use must peak by 2050 and drop 90% during 2050-70. CEEW’s Centre for Energy Finance estimates that the transition in power, mobility and green hydrogen will need USD 10.1 trillion (in 2020 prices).

So, what about equity? According to CEEW, if India achieves its goal, it is likely to emit 59% less CO2, on a cumulative basis during 1850-2100, than China or the US and 49% less than the EU, despite turning net-zero two decades later than the US and the EU and a decade after China. In effect, India is seeking to balance its development imperatives with a far more aggressive approach to planetary integrity than the largest historical polluters.

Governments, businesses, and investors in Europe must tap into the opportunity of India’s green economic transformation. Consider developments just over the past year. In May 2021, the Indian government introduced the production-linked incentives for lithium-ion cell and battery manufacturing in India, and in June increased subsidies on electric vehicles. In August, the National Hydrogen Energy Mission was announced to make India a hub for production and export of green hydrogen. India also submitted 22 energy compacts at the United Nations High-Level Dialogue on Energy, outranking all other countries in the 160 energy compacts submitted in total until October 2021.

These announcements translate into huge investment opportunities. Its renewable energy targets for this decade, alone, will need at least USD 200 billion of investment. The electric mobility ambitions will attract another USD 206 billion in manufacturing and charging infrastructure. Green hydrogen production targets would need at least USD 100 billion. Then comes investment in expansion of the grid, battery manufacturing and so on.

India’s LED light market grew 130 times to 670 million lightbulbs during 2014-18 thanks to the success of the UJALA scheme of government procurement. In urban India, new models are being designed for adoption of rooftop solar. India is now the first country in the world to have a policy focused on leveraging distributed renewables for livelihoods (a USD 50 billion market in rural India alone). India was also the first country to announce a national cooling action plan and the cabinet has already ratified the Kigali Amendment to the Montreal Protocol for the phasedown of hydrofluorocarbons (HFCs).

India also remains keen to convert domestic action into international collaboration. The International Solar Alliance now has more than 100 members. India and the UK announced the One Sun One World One Grid initiative to interconnect grids and ensure that renewable energy can be tapped across borders. India and Sweden have been co-chairing the Leadership Group for Industry Transition (LeadIT). India and the UK announced the Industrial Deep Decarbonisation Initiative to reduce coal use in steel and cement manufacturing. India’s leadership of the Coalition for Disaster Resilient Infrastructure will be crucial for protecting critical infrastructure needed for economic growth in developing countries.

With its net-zero announcement, India has shown that equity and planetary responsibility can be woven together. With its near-term targets, it has opened the door for more investment and technology collaboration. The response to the climate crisis needs bold action within countries but also reimagined cooperation across borders. Will Europe seize this moment with India?