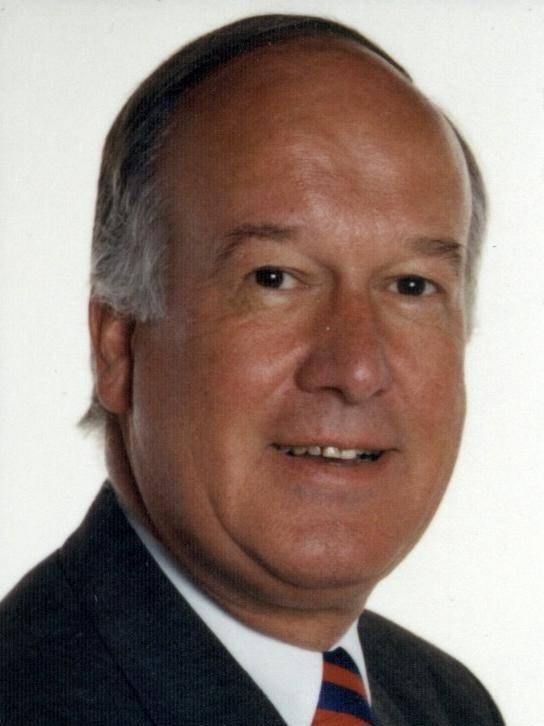 Realistic targets, shared commitments and scientific education are the three ingredients which Wim Philippa, secretary-general of the European Round Table of Industrialists, believes are needed to make the EU fit for the challenges which lie ahead.

Wim Philippa is secretary-general of the European Round Table of Industrialists (ERT), a forum which brings together around 45 chief executives and chairmen of major multinational European companies.

He was speaking to EURACTIV's Frédéric Simon.

What were the main successes and shortcomings of the Lisbon Strategy for 2010?

Gradually, the objectives made an impact even if the targets themselves were not reached – they were not at all reached, actually.

The targets were set out too early and without proper communication with the member states. The latter were responsible for implementation and this is the area one should examine to detect the disconnection between results and objectives.

I recall that in the summit in Barcelona – I think it was 2002 – all of a sudden the European Commission created a new target: to spend from 1.9% to 3% of GDP. This target was not feasible for member states. It could not be agreed without proper agreement with national governments.

Nonetheless, if you reconsider the period 2002-2010 a lot has happened, but this was just something that was not in line with the expectations: there were no individual successes in line with the targets.

Would you say that this is mainly a problem of governance?

It was both a problem of governance and of targets. The objectives mapped out for the 2025 period are realistic in a way, but major changes need to take place. Moreover we have to take this 15-year period and unbundle it into three five-year periods so that we can have credible guidelines for the incoming [European] Commission and institutions.

But we should also be concerned with more immediate actions, since it would not be credible to set medium-term goals without defining short-term aims as well.

We have clearly indicated that if we want to reach the 2025 goals, then the policy recommendations spelled out in five chapters need to be fulfilled.

There is an ongoing discussion on the role of sanctions if objectives and targets are not met. Do you think sanctions should be a defining element in this debate?

More than sticks and carrots, I believe that the defining element should be the creation of a single voice: to have a common voice on all the crucial issues on which all the countries need to be aligned. If the full completion of the single market does not take place through shared objectives, it is unlikely to take place at all.

Does not that lead possibly to the lowest common denominator?

Not necessarily. It is essential to have compromises and objectives which are shared and national.

This idea of inclusiveness is in line with the criticisms that some stakeholders and NGOs have levelled at the timeframe for consultation on the 'EU 2020' strategy. Do you actually agree with this criticism?

No, I do not share this view about the consultation. The world is moving rapidly and so should we. If we want to maintain in 2025 the share of power that we have now, we need to act quickly and at the European level.

But is this idea truly reconcilable with the communication problem you were mentioning before? Can we be both inclusive and quick, acting at the European level yet safeguarding national interests too?

We must bear in mind that the member states are implementing the strategy. They are a crucial part of the puzzle.

But how can we make sure that the objectives are respected?

Yes, but we never lack commitment at summits. Everyone agrees on guidelines and objectives and then goes back home and flouts them.

In fact, our work has concentrated on the feasible objectives and policies which the EU should attempt to pursue, but not on the structural governance side of them. We will make clear to Barroso that we are keeping a close eye on him and we will consider him responsible for the success or failure of the strategy as much as we will do with our national governments.

We will indicate throughout the year and at the end of the year if the actions are in line with our expectations and proposed measures.

We are launching a new website dedicated to the tracking of the performance of the issues and the diligence in pursuing the vision. This includes a monitoring facility which will be reviewed either every semester or every year according to how the EU is performing.

At a glance it looks like many of these benchmarks, targets and comparative tables were already present with the previous Lisbon Strategy. Could we sum up the process in a few guidelines?

I believe you should judge our vision on how far it manages to fine-tune visionary elements and pragmatism. It would not be very intelligent to picture a world which is unattainable and distant: it is all about setting the right targets and doing our utmost effort to reach them.

In the 1980s the ERT inspired the single market. Is there anything such as this big idea you are pushing for nowadays?

We are very much in favour of the full completion of the single market. The single market for goods is already there. It needs fulfilment in respect to services. We told this to Mr Monti and we also told him that whenever he needs us in policymaking proposals, then we will be next to him.

We were behind the white book which inspired the single market in the 1980s and we are still supporting its fulfillment these days, an essential and daunting duty for the EU.

Discussions on the single market for goods are often accompanied by criticism regarding the lack of measures in matters such as social rights, free movement of citizens, portability of pension rights, etc. What do you make of these criticisms, which depict the single market as not being 'social' enough?

This has to do with the fact that we have both a greying society and a vital shortage of engineers – roughly 1.2 million. There are a number of jobs that just cannot be filled.

You can either get the people from outside through migration, or educate. We believe that education is vital. Our last report focuses exactly on this point: mass science and technology and creating an interest in this from primary school, so that at a later stage you will reduce the shortage of engineers.

That alone is not sufficient. You need to have people from outside coming to work in European countries. In order to allow for that you need to have a system designed to make this option attractive: pension portability, good jobs for their partners and schools for their kids. Here it is where all comes together.

So what can this Commission do to start solving this issue?

For example we are very much in favour of a European Coordinating Body that can promote developing mass science and technology by putting together private companies, institutions and governments in order to balance a basic fee that has been obtained from the Commission.

That needs to be implemented now and the task of ERT is to make sure that this body works successfully.

How would that work in practice?

The idea of the coordinating body is to gather information about the successful projects which are taking place at the level of member states, such as Jet Net in the Netherlands. This could be rolled out by other member states.

The body would put together industry and governments to facilitate the coordination and help to smooth out the existing patchwork of experiences and projects.

This idea reminds me of Barroso's European Institute of Technology, which was supposed to be a body to group university and industry people.

No, because the EIT was driven by research and development needs, whilst the coordinating body just aims to spread scientific knowledge and to entice young people to pursue an education in engineering and science.

The EIT in its recent format is much more supported by the ERT than it was in its previous format. If the idea was to have a grandiose project to compete with American universities, that was unfeasible. But if the rationale is to help put together industry and research through projects, then we can see a brighter future for the EIT.

I would like to go back to the wider picture: you have defined some fifty priorities. You are the first to be aware that agreeing a strategy is about trade-offs and moving issues up and down the agenda. If you had to pick a few priorities, what would you keep and what would you set temporarily aside, considering the budgetary constrains governments are facing?

Secondly, we have also committed ourselves to the cost system when it arises. For example in the educational sphere, we are ready to play our part: financially, in cash and in kinds.

In terms of quick wins, I did not see anything on the regulation of the financial sector.

Yes, because we have not actually put it under the heading of the quick wins, but rather under the section concerning sustainability. The focus is not on what has to happen tomorrow, but rather on the medium term.

But what do you favour: a light touch approach, or stronger yet more focused measures?

There is no one-size-fits-all approach in this respect. We are for smart regulations, but not over-regulation. We need to keep the competitive element and not suffer from attaching too great a burden to industries and services.

One element which I found particularly interesting is the idea of reviewing EU competition policy, an area where the EU has tangible powers. Why and how you want to change it?

The current system is largely based upon legality. We want to make it more economically sound. In the US about 10 years ago there was a complete transformation of the competition policy system. We have not just drafted, but finalised, a position on the proposed changes in the EU competition policy system. It will see the light in 20 days or so, after the launch of the ERT vision for 2020. No one has seen it yet.

This links well with the discussion that we have been witnessing earlier last year about the EU obsession with its legal rationale rather than sound economic roots. Today's discussion about economic governance seems to continue this debate.

In this new report, we have commissioned a renowned expert in European competition policy – whose name will remain secret for two more weeks – to come up with innovative ideas on how to tackle the existing deficiencies. I think it will be a valuable contribution from business to modern competition policy thinking.