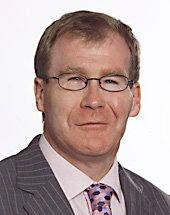 Irish centre-right MEP Colm Burke (EPP) recently became the first Irish politician to propose a specific ‘roadmap’ for holding a second Lisbon referendum in Ireland. Discussing this plan and other issues in an interview with EURACTIV, Burke called for a multi-question referendum to be held in October 2009, allowing Irish citizens to vote on possible opt-outs from the Lisbon Treaty while also constituting a second ballot on the text itself.

Colm Burke is an Irish Fine Gael MEP and a member of the centre-right EPP-ED group in the European Parliament.

To read a shortened version of this interview, please click here.

Mr. Burke, it appears you are the first Irish MEP to deviate from the current ‘wait and see’ approach in Ireland and come forward with a specific strategy for a second referendum on the Lisbon Treaty. Please tell us a little more about your proposal and its timetable.

There are a number of reasons why I’m calling for a ‘Lisbon II’. There seems to be an attitude at home [in Ireland] that Lisbon is dead in the water and that everyone is going to go away and renegotiate a totally new agreement. That’s not going to happen. 23 EU countries have ratified, and though it is still technically up for consideration in four other countries, these will in all likelihood have ratified by 31 December.

So the question then arises: where does Ireland go from there? There’s more and more pressure coming onto Ireland, particularly as we draw closer to the European elections. If the elections are held under the Nice Treaty provisions, a number of countries will have fewer seats in the Parliament than they would under Lisbon, and that’s a big problem for them.

What I’m doing is setting out a clear timeframe, and a clear message to those countries that we are not going to have a referendum before the elections, and that they have to resign themselves to operating under Nice.

Secondly, I do think it’s important that we in Ireland give an indication to the other 26 member states as to how we’re going to approach this. Are we talking about a year’s time, five years’ time, ten years’ time?

I would prefer if we were talking about a period of roughly 12 months from now [next October 2009], allowing us time to look at all the issues and go forward from there.

You are proposing a multi-question referendum, allowing Irish citizens to vote on possible opt-outs from the Lisbon Treaty, while also holding a second ballot on the text itself.

I’m proposing to split the question. In the June 2008 referendum, people were given a clear ‘yes’ or ‘no’ vote on Lisbon, and if they didn’t like any aspect of the treaty – it might be one of forty issues – they voted ‘no’.

However, the two key areas that came up, according to the recent opinion poll, were the fear of conscription into a ‘European army’ – which was totally untrue – and concerns about the Charter of Fundamental Rights, which many people felt would give too much power to the European Court of Justice.

Therefore, we are saying: let’s divide the debate. Let’s address Lisbon II, and then have separate debates on the Charter of Fundamental Rights and the Common Foreign and Security Policy. Both the UK and Poland, for example, have opted out of the Charter, and the Danish have opted out of security and defence, so a precedent has been set on both issues. This would give Irish voters the freedom to opt out of either of these policies while still approving the Lisbon Treaty.

What about the timing? You’re talking about a second referendum in October 2009. How do you think that will be perceived by your European partners? What are the potential consequences of holding the referendum after the European elections?

My belief is that the final vote to elect people to the European Parliament will not be solely based on ‘yes’ or ‘no’ reactions to Lisbon. It shouldn’t become an election issue – fair enough if we [from the ‘yes’ parties] have a debate with people who are running on a ‘no’ ticket, but campaigns should be about the viewpoints of the different parties on European issues, not just knee-jerk reactions to Lisbon.

I share the concern of my colleagues in the European Parliament, especially my Spanish colleagues for example, as Spain will lose four seats [if the elections are held under the Nice Treaty provisions], but we have to take into consideration that it’s about getting Lisbon ratified in an acceptable manner to the Irish people. This cannot be achieved overnight and will not be achieved before the summer of next year, especially in the current climate of economic crisis and with a very unpopular government clinging to power.

There have been suggestions that the mandate of the current Commission could be extended beyond its current term, until a resolution to the Lisbon impasse has been found.

I think it will be extended. I don’t think there’s any point in putting in a new Commission until we know where we’re going with Lisbon.

Of course if the other 26 member states decided to proceed without Lisbon, a new Commission could be installed earlier, but assuming that a consensus remains that Lisbon is required to move forward, then I think it would be incorrect to put in a new Commission. This would all fit in with my proposed timetable.

A second point in your proposal relates to Lisbon Treaty information and access to information in Ireland. Can you tell us more?

We believe the Irish Referendum Commission did not do enough to correct inaccuracies and rebut misinformation. We saw numerous examples of untrue documentation. For example in my home city of Cork, one leaflet claimed that if you voted ‘yes’ for Lisbon, the European Commission was going to introduce new legislation limiting the number of children you could have.

I think incorrect information like that needs to be challenged and corrected, and the Referendum Commission should be responsible for that task, and given stronger powers to deal with inaccuracies as soon as they emerge.

Talk to us about Libertas, the group that was arguably the most vocal and high-profile anti-Lisbon force in the Irish referendum. Questions are emerging not just in Ireland but throughout the EU as to where this group received their substantial funding. What is your opinion?

I can’t comment on where they’re receiving their funding, but I can say this: I would say to you, based on my own involvement here in the European Parliament, that the pro-NATO lobby is not happy with the idea of Europe becoming involved in peacekeeping operations. I had clear evidence of that, for instance when EU troops were assigned to Chad, and I would certainly not be surprised by the arms trade in America becoming involved in trying to destabilise the development of a common European defence.

The idea of arms trade lobbyists funding 1.2 million euro towards ensuring a ‘no’ to Lisbon in Ireland is certainly not beyond the bounds of possibility.