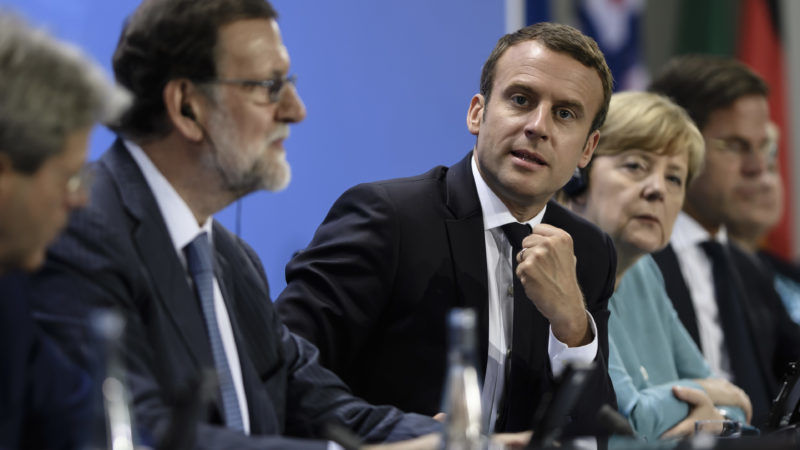 Emmanuel Macron’s plan to visit all 27 other member states during the course of his presidency has currently taken him only to Germany. But this is about to change.

For his second state visit, Macron symbolically chose Austria, Romania and Bulgaria. No French president has set foot in Bulgaria for the past ten years.

The French presidency wants to “show these countries matter, and priority lies in the East,” said Macron’s office, hoping to dispel further cracks in European relations. In Austria, he will also meet his Czech and Slovak counterparts.

It is a decidedly European start of the year, which will focus on tackling the migration issue. Italy will present its proposed “code of conduct”, aimed at controlling the work of NGOs involved in migrant rescue, to the great displeasure of humanitarian organisations who denounce the code as threatening migrants’ lives.

In the same week, Macron is also meeting with the heads of state of Luxembourg, Belgium and the Netherlands, before heading to Greece on Friday 8 September.

French interests on the agenda

This busy agenda will enable Macron to advocate French interests in the four priority areas he identified when he took office last May: posted workers, a common European defense policy, trade relations and migration.

The dossier on expat labourers is by far the thorniest topic. As Macron will explain during his Eastern tour, the lack of regulation in this area could cause major political setbacks in Europe, as illustrated by Brexit.

At the moment, Germany, Austria and the Netherlands seem to back France in its proposition on posted workers, aimed at reducing their numbers and avoiding a race to the bottom on salaries.

The French proposal would like to set a limit to posting periods to one cumulative year over a two years period.

The second red line concerns salaries: the posted worker should be receiving an equivalent to the minimum wage in the country he or she is working in, if such a threshold exists.

The issue is bound to create friction with southern European states like Spain and Portugal, who are concerned that France wants to put road transport on a par with other sectors, while the European Commission has proposed to treat it separately, for lack of inspection resources.

Macron will also seek to lay the foundation for a Euro zone reform. “The debt crisis in Greece shows that the eurozone needs to be thoroughly reviewed. We avoided a disaster, but we don’t want to risk it again.”

The president’s office insisted that work on this reform should begin by early 2018, as European budget planning is already looking at post 2020 – the first year without the UK’s net contribution.