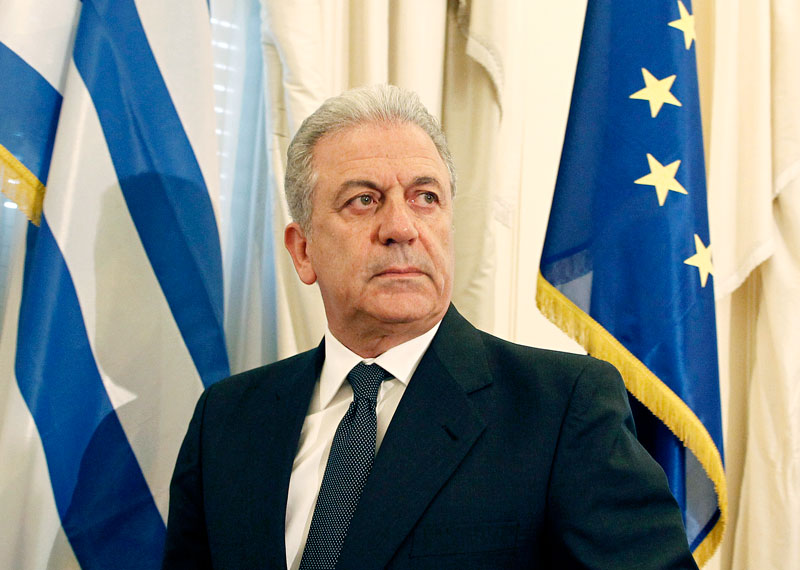 Greece’s coalition government seems to be pleased with the appointment of Dimitris Avramopoulos. As a commissioner of migration, it is considered a sign of trust toward Athens. The opposition though, thinks that Greece just received a “hot potato”.

A career diplomat and a former foreign minister, Avramopoulos was the third candidate for the leadership of the New Democracy party in 2009. He withdrew his candidacy at the very last moment, expressing full support for the Greek PM Samaras, who was elected ahead of Ntora Bakoyannis to lead the centre-right party currently in power in Athens.

The centre-right Greek PM, Antonis Samaras, seemed to be quite satisfied with the migration portfolio.

The decision of the President of the European Commission, Jean-Claude Juncker, is an “exceptional honour for Greece, and an important sign of the trust in our country”, Samaras proclaimed.

He referred to Juncker as a “friend”, adding “This is a completely new portfolio that was created from scratch in order to underline the need to prioritize migration in European politics. The recognition of the need to combat the illegal migration has always been a priority for the Greek government.”

“This portfolio is a reward of a long and painstaking effort to take European action in order to effectively tackle the problem.”

The Greek PM was also pleased with the appointment of Margaritis Schinas as new EU executive’s spokesman, calling him “worthy and experienced”.

Schinas, former MEP of centre-right New Democracy, has been head of Task Force in Greece since May 2013. In 2010, he also served as Deputy Director of the Bureau of European Policy Advisers of Commission President José Manuel Barroso.

On Thursday (11 September), Syriza MEP Dimitris Papadimoulis criticised the composition of the new EU executive, saying that despite having greater political character than Barroso’s “colourless” one, the new commission will continue on the path of its predecessor.

He noted that the difference in this Commission is Juncker’s “pyramid”.

Regarding migration portfolio, Papadimoulis stated that Avramopoulos must realise that he just took in his hands a “hot potato”.

“This post is indeed important and interesting. But Avramopoulos will have a head [to monitor him] Ms Mogherini,” he said, adding that the Greek commissioner will not have “full responsibility”.

The European Commission is the EU body responsible for proposing and enforcing legislation, implementing EU policies, and representing the EU in the world.

The Commission is elected every five years, and it is composed of 28 members informally called “Commissioners”. Every member country appoints one Commissioner. The Council nominates one of the 28 members to become the president of the team. The European Parliament then has to approve the president-elect, and later on his new team.

Jean-Claude Juncker, the incoming head of the European Commission, unveiled an EU executive team today (10 September) that handed key economic responsibilities to French and British commissioners, but overseen by others, in a new-look hierarchy.