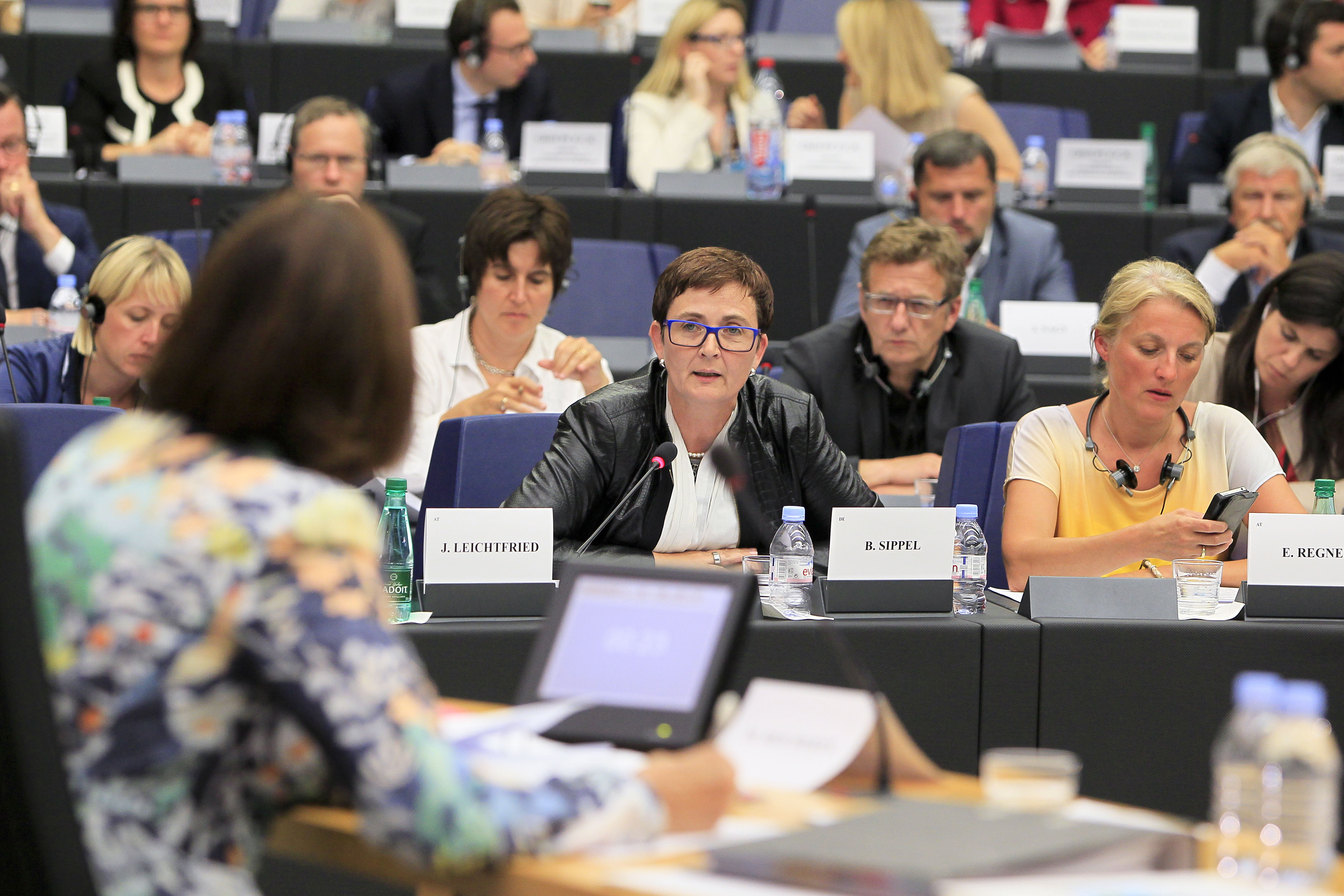 Commissioners-designate will face scrutiny by MEPs before the new European Commission can start its five-year term on 1 November.

The idea behind the hearings is to assess each candidate’s competence on the portfolio they have been assigned. Although MEPs can only vote on the Commission as a whole, Parliament’s concerns about candidate commissioners have in the past led to candidacies being withdrawn or portfolios being reassigned.

After each hearing, committees meet in camera to draft their evaluations of the candidate’s expertise and performance, and then send it to the president of the Parliament.

Before the hearings each candidate will be asked to respond in writing to at least five questions by 26 September.

On Monday, 6 October, Latvia’s Valdis Dombrovskis, Slovenia’s Alenka Bratušek and Italy’s Federica Mogherini are scheduled to appear. On 7 October, only two hearings are on the programme – Finland’s Jyrki Katainen and the Netherlands’ Frans Timmemans. 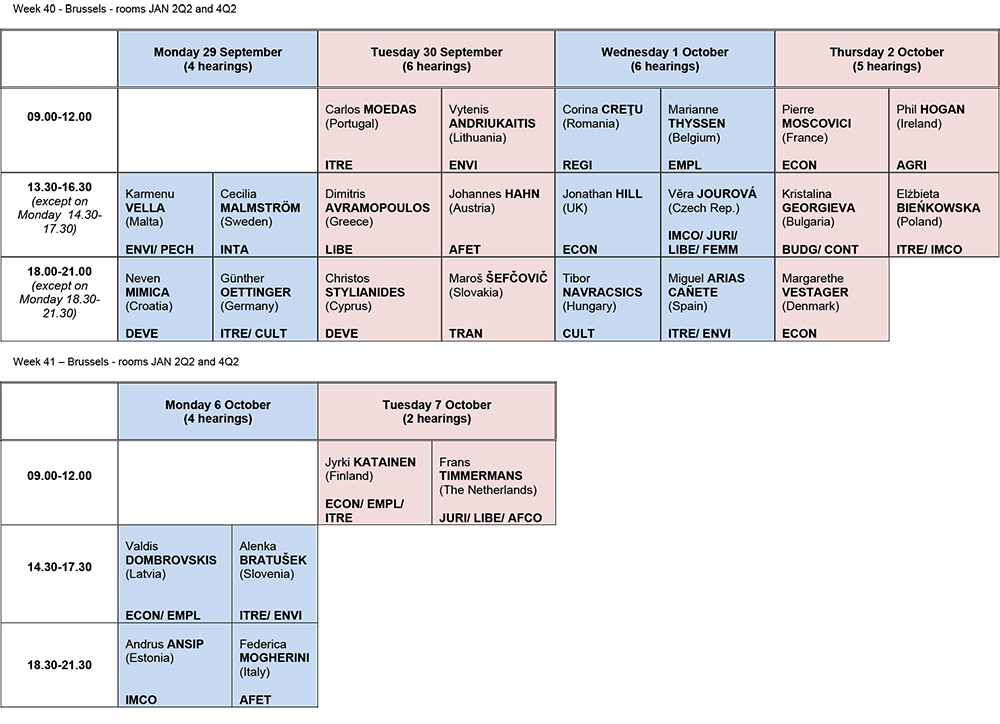 Sources close to the conference of presidents in the European Parliament said the proposed distribution of portfolios is broadly positive, in particular the attempt to restructure the Commission based on its priorities.

“What will play a crucial role in our assessment will be the commissioners designates’ commitment to our democratic values, the rule of law, and which direction Europe should take,” tweeted Guy Verhofstadt, the liberal ALDE group leader, referring to the hearings in the European Parliament.

The vice-presidents, who don’t have a specific portfolio but are responsible for a horizontal EU priority, might also be invited by the conference of presidents for separate interrogations on organisational issues of the portfolios, and their power to veto some proposals.

Jerzy Buzek, chair of the conference of committee chairs in the European Parliament, hopes that the candidates will concentrate on the content of their work, instead of getting into ideological discussions.

Each hearing will last at least three hours, and commissioners-designate will have to respond to MEPs from multiple committees. If the committees are not satisfied with at least one candidate, extra hearings will be held.

Chronicle of a rejection foretold

In the past, the European Parliament has grilled a number of commissioners-designate. In 2004, MEPs forced Italy to withdraw the nomination of Rocco Buttiglione, whose portfolio was to include civil liberties, for his views on homosexuality and women. In 2010, Bulgarian nominee Rumiana Jeleva and commissioner-designate for humanitarian aid and crisis response – was forced to step down after a disastrous hearing.

Another candidate likely to be attacked by political opponents is Slovenia’s current caretaker Prime Minister Alenka Bratušek. A video circulating on social media shows her singing “Evviva il comunismo e la libertà”, the best-known line from “Bandiera Rossa”, also known as Avanti Popolo, one of the most famous songs of the communist era.

Parliament is expected to give green light to the full Commission at their vote in plenary session on 22 October. The new Commission then could start work on 1 November.