Commissioners on EU budget: ‘A deal is better than no deal’ 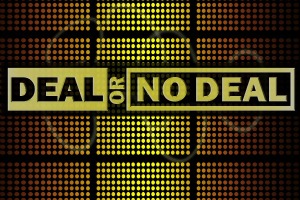 Several European Commissioners say they regret the cuts in the 2014-2020 EU budget, agreed on Friday (8 February) after a marathon 24-hour summit. However, the Commissioners expressed hope that the European Parliament would approve the deal.

“I am obviously disappointed that the European Council settled for such reduced amounts," said EU budget Commissioner Janusz Lewandowski, recalling that the same leaders had previously agreed to give the Union more duties.

But he continued: “A deal between member states is better than no deal at all for all those across Europe who rely on EU funds."

Lewandowski stressed that those relying on EU funds would only “breathe a sigh of relief” after the European Parliament votes to approve the budget.

“This summit was only the first chapter of the story," Lewandowski said. "The Council, the European Parliament and the Commission must now write together its second and final chapter, the one that will enable the Council to draft a regulation for the next financial period and the Parliament to agree to it."

Regional Funds Commissioner Johannes Hahn, responsible for an area of spending roughly amounting to one-third of the total EU budget, said he was “relieved” that an agreement has been reached.

“The Commission's original proposal would have been a better deal for Europe,” Hahn stated. The Commission had proposed €376 billion of spending under the chapter “Economic, social and territorial cohesion”, compared to the agreed figure of €325 billion for seven years.

Still, he said that the Commission would continue preparations for the next programming period for Cohesion Policy without any more delay, subject to the agreement of the European parliament.

“Cohesion policy is the EU's main investment tool for delivering the goals of Europe 2020,” Hahn said, referring to the EU’s flagship growth strategy for the decade.

The Commissioner also said he regretted that despite a demand for "better spending", some provisions in the deal risked delaying much-needed investments for growth.

But she also concurred with him that the agreed financial package preserved at least some important new commitments to growth and competitiveness, especially the Union’s framework programme for research and innovation Horizon 2020, which has a very significant technology element, and the Connecting Europe Facility.

The Connecting Europe Facility is aimed at promoting growth, jobs and competitiveness through targeted infrastructure investment at the European level. The Commission proposed a budget of €50 billion to CFE for seven years, which was slashed by EU leaders to €29 billion.

Out of this envelope, the Commission had earmarked €9.2 billion for broadband and digital services. After the cuts, only €1 billion of this financing was preserved.

“It is clear that there can be no support for broadband with a pot of €1 billion, so this funding will be exclusively for digital services. Our 2020 fast broadband targets, agreed by everybody, may be harder to reach but I am not giving up on them. I will keep fighting”, Kroes stated.

Speaking at the end of the summit, Barroso said that in 2011 the European Commission made a proposal that was more ambitious “than this result today”.

“But I must recognise that the political deal made now was the highest possible level of agreement that heads could reach at unanimity,” the Commission President said.

After 24 hours of talks, EU leaders struck a deal on the Union's seven-year budget at a meeting on 7-8 February.

It is the first net reduction to the EU budget in the Union’s history.

The EU leaders’ agreement sets the figure for “commitments” – the maximum amount of money allotted during the seven-year period – at €960 billion, while budget “payments” – the amount of money that can actually be spent – were reduced by €34 billion to €908.4 billion.

0 responses to “Commissioners on EU budget: ‘A deal is better than no deal’”