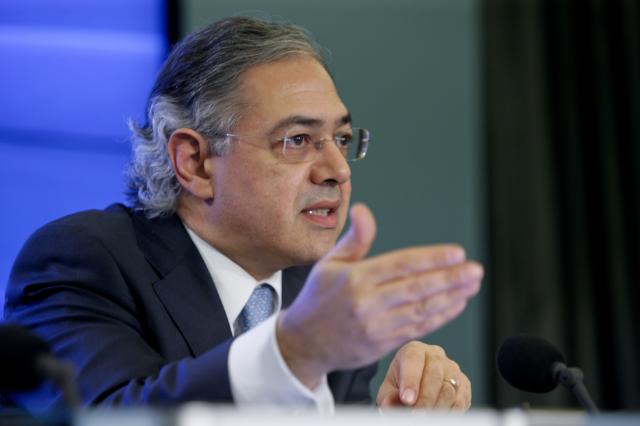 Signing off on the 2014 accounts, the European Court of Auditors seemed to lose patience and urged the European Commission to come up with a whole new approach on spending.

“The EU must invest its money better, ” said Vítor Caldeira, president of the European Court of Auditors on Tuesday (10 November), presenting the annual report to the European Parliament.

Even though the Court found the estimated error rate for expenditure at 4.4%, roughly the same level of 2013 (4.5%), it was concerned by the lack of responsiveness to tackle pressing needs, such as the migration crisis.

“Taken together, our audit results over recent years point to a need for a wholly new approach, if the EU budget is to be invested better and more quickly to meet the challenges that Europe now faces,” Caldeira insisted, echoing last year’s remarks.

At the moment, financial backlogs are preventing the EU from using the money effectively. “Greater flexibility is needed in the EU Budget,” Caldeira added.

According to EU auditors, decision-makers must align the budget better with the EU’s long-term strategic priorities and make it more responsive to crisis.

“The EU must ensure its investments match its priorities more closely, simpler rules are framed to achieve results and resources are managed more efficiently,” argued the Court’s president.

European Commission Vice-president responsible for budget Kristalina Georgieva didn’t disagree with the auditors and, speaking in Parliament, she said that the EU executive is already aligning budget with needs.

Every year the European Commission tables a draft EU budget. It proposes how to distribute the amounts under the different headings according to EU political priorities and within the limits set by the 2014-2020 Multiannual Financial Framework (MFF), the seven-year budget cycle of the EU.

Locked in these limits, the budget lacks flexibility, insist the auditors, urging decision-makers to make the MFF mid-term review scheduled for 2016 a real moment for rethinking the EU budget and inject a dose of common-sense.

Pointing at the inflexible seven-year budget cycle, the auditors are hinting in favour of a system that is more in sync with national budgets, where planning cycles range from three to five years.

“The long planning cycle puts the budget under immense strain,” explained a court spokesperson, adding that as such the EU budget is unfit to tackle unforeseen

The Court also stressed the importance to ensure transparency for EU policies not directly funded from the EU budget. “New ways of funding EU policies should not put financial risks beyond public scrutiny and audit. That would be short-sighted and may prove counterproductive in the longer term,” stressed the EU auditors.

A closer look at the revenue and spending per budget area also shows that some countries are struggling to absorb the EU funds they have been allocated.

“The Commission has put funds at the disposal of member states without sufficiently considering their capacity to invest them,” said EU auditors, adding that the backlog of unused funds represents a significant share of overall government spending.

Pointing to the progress of Europe 2020, the EU’s 10-year jobs and growth strategy launched in 2010, the Court slammed the lack of consistency alignment between the two budgetary periods (2007-2013 and 2014-2020). On the other side, member states seem to give inadequate attention to Europe 2020 achievements in partenership agreements and programmes.

“The Commission has so far reported on the contribution of the EU budget to the Europe 2020 objectives in a limited way,” said the EU auditors.

Overall, the five headline targets, seven flagship initiatives and for the European Structural and Investment (ESI) 11 objectives are neither individually nor as a whole designed to translate the political aspirations of Europe 2020 into useful operational objectives, stressed the Court.

Commission Vice-President Kristalina Georgieva, responsible for the budget, stressed that the Commission was committed to establishing a better correlation between money and achievements but admitted it would still take time to see the results of this new strategy. “It will be around 2016 when we will see a new performance system in place,” she explained.

MEPs agreed that a new performance-based budgeting strategy was needed, particularly given the economic context. “In this difficult time of crisis, the EU should fight any loss of money,” said Martina Dlabajová (ALDE, CZ), rapporteur for the 2014 discharge.

German MEP Joachim Zeller who monitors the 2014 budgetary discharge for the EPP Group noted the need to align the budget more on its own targets and priorities. "It is unacceptable that the representatives of the Member States decide in Brussels on common goals and projects for the collection of funds from the European budget. But at home in their capitals, it is different and the jointly agreed European objectives no longer play a role. The Commission needs to give much more attention to the targeting."

Michael THEURER, ALDE Coordinator for the CONT Committee, added: "We can see that the central demand of the European Parliament for corrective measures by the European Commission bears fruit. Only if the Commission takes its responsibility can the error rates decrease. However, the still relatively high error rates in the areas of regional or urban development could also have been diminished to record lows had there been a more rigorous and consequent implementation. We expect the Commission to draw the right conclusions, be more rigorous and in the future claim back EU-funds in case of misuse. Error rates must still decrease significantly to ensure a proper spending of tax payers money."

British-born Polish MEP Ryszard Czarnecki, Vice-President of the European Parliament from ECR group, commented:  "EU Budgets Commissioner Georgieva has been clear that ending this annual debacle is a priority of hers. I believe she is serious about the need for reform, but my group still believes we should have a full-time Budgetary Control Commissioner tasked with the sole job of delivering stronger management over EU spending.

"With the review of the EU's long-term budget coming up, one of our major priorities will be serious reform to management practices. With the right reforms in place we can move to a place where the auditors can finally give the green light to EU spending, but it needs the political will in the Commission and EU governments to make it happen."

The presentation of the annual report of the European Court of Auditors marks the formal launch of the “discharge” procedure, whereby Parliament assesses whether EU money is spent correctly. Errors are unintentional mistakes in administration, which should not be equated with fraud.

Out of the some 1200 transactions assessed for legality and regularity during the 2014 audit, the Court found 22 instances of suspected fraud, which it refered to OLAF, the European Union's anti-fraud office, which follows up as necessary in cooperation with authorities in member states.

The 2014 procedure will conclude with a plenary vote in April 2016.