EU Parliament’s Renew in turmoil over group’s next leader 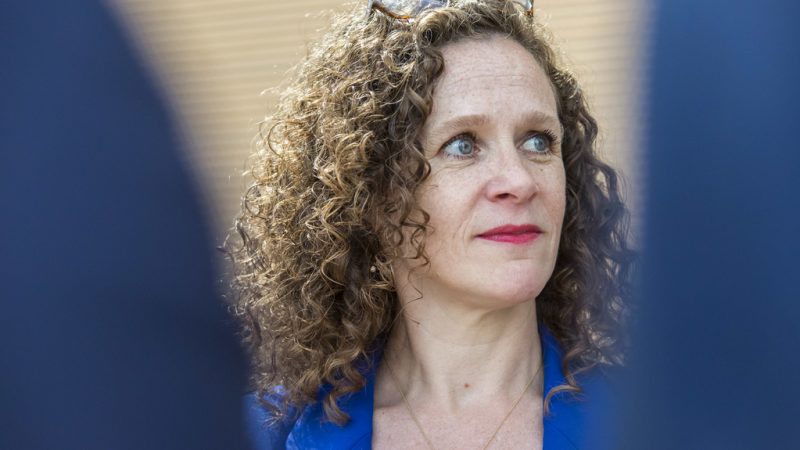 “I don't know why the French are not putting forward a name. If there were more names, the process would be transparent,” MEP Sophie In’t Veld told EURACTIV. [European Parliament]

The announcement by Dutch EU lawmaker Sophie In’t Veld that she wants to run for president of Renew Europe has triggered reactions in the centrist political group, as the French, the biggest delegation within the group with 23 lawmakers, seem to have other plans.

The Dutch MEP told EURACTIV on 2 October that she wanted to become the leader of the Renew group after current leader Dacian Cioloş said he would step down to enter Romanian politics.

Renew, the third biggest group in the EU Parliament, is expected to decide today (6 October) on the procedure and the timetable for a vote, expected in two weeks or during the next session in Strasbourg.

For now, In’t Veld has been the only EU lawmaker to publicly express interest and she told EURACTIV she was puzzled why the French delegation was not putting forward a candidate.

“If there were more names, the process would be transparent. That’s the way it’s done in a democracy […] If there are no candidates it’s difficult to understand what a person stands for,” she added.

The Dutch MEP does not believe that the French delegation opposes her candidacy as such, but she said the French have their “own ambitions”.

One of the changes In’t Veld wants to introduce is in the structure of leadership. Renew Europe currently has one group leader and one deputy. The Dutch MEP wants to add a second deputy and create a “triangle” leadership to ensure that the group is well represented.

“I think uniting the group is the most important thing because you can win an election with a majority, but then you haven’t united the group,” she said.

For its part, the French delegation dismisses accusations of a lack of transparency in the process and stressed that what matters is the group’s unity and continuity.

A source from the French delegation of Renew Europe told EURACTIV that the group had held a meeting and mandated the head of delegation, Stéphane Séjourné, to contact all other delegations and explore what the “best possible consensus solution” could be.

“Sophie In’t Veld decided to make a public announcement of her candidacy and she had all the right to do so. But we are attached to the continuity of the group and most importantly first want to know what the other delegations are thinking,” the source said, adding that “every scenario is possible”.

The source insisted that the French delegation has only decided to consult with other delegations for the sake of finding the right balance, a good leadership, so that “the group is represented in a balanced way.”

“We have come from very different origins and it worked as you can’t have a majority in the European Parliament’s without Renew. So, continuity is important,” the source added.

The two camps – the newcomers, led by the French, and the old core of the liberals and democrats from ALDE –  also seem to have a different view on how Cioloş had led the group in the last two years.

The French source said Cioloş’s presidency has been successful while the Dutch MEP hinted that he was not fully dedicated to his European tasks as he was always eyeing Romanian politics.

“See what’s happening on the far-right side of the house, maybe the ID group is going to grow. I, therefore think it is really imperative that we have a strong centre in the European Parliament, with strong political leadership and its own profile,” she concluded.