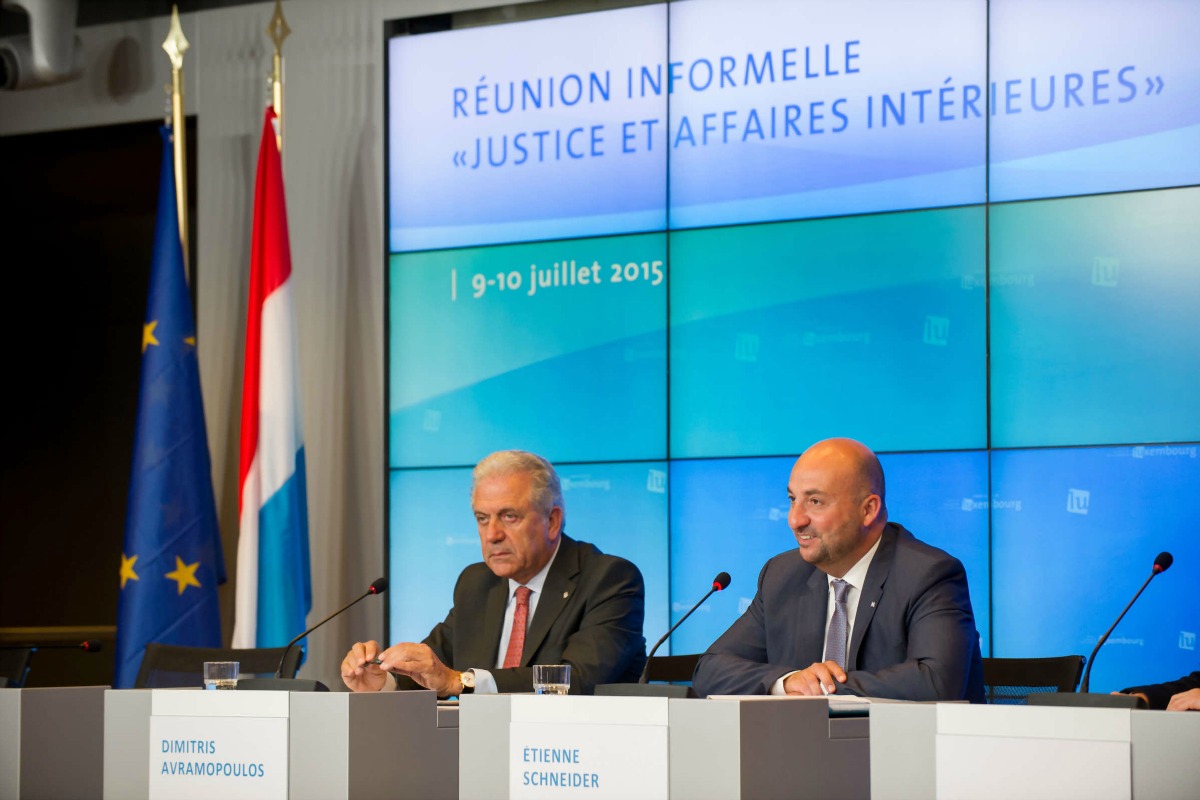 The European Union failed on Thursday (9 July) to reach a deal to resolve a migration crisis in the Mediterranean, and instead set a deadline for July 20 to find agreement on how to share out 40,000 asylum seekers currently in Italy and Greece.

“We made progress but we are not there yet,” Dimitris Avramopoulos, the European Commissioner responsible for Migration, told reporters after a meeting of European interior ministers in Luxembourg.

The European Commission, the EU’s executive arm, proposed in May to relocate 60,000 refugees over the next two years. Two-thirds of them would be sent from Italy and Greece to other EU states, while the remaining 20,000 would be resettled directly from their countries of origin or transit.

Germany and France announced on Thursday that they would jointly take in more than 20,000 refugees in the next two years.

Poland said it would take 2,000, while the Czech Republic announced it will take 1,500.

Several other EU countries made commitments, diplomats said, but did not disclose figures, while Austria, Slovakia and Spain refused to make formal pledges.

“We made progress, but some countries will only give precise numbers in the coming days,” France’s Interior Minister Bernard Cazeneuve said on the sidelines of the meeting.

Another ministerial meeting has been called for 20 July in Brussels to seek a definitive deal, Luxembourg Foreign and Immigration Minister Jean Asselborn told reporters.

National pledges are already “more than enough” to cover the proposed figure of 20,000 refugees to be resettled from their original countries, Asselborn said.

The difficulty is in sharing out the 40,000 asylum seekers from Italy and Greece.

Britain and Denmark have declined to participate in the relocation plan for these people, although they are taking part in the resettlement of the 20,000.

More than 135,000 migrants arrived in Europe by sea in the first half of 2015, mostly landing in the two Mediterranean countries of Italy and Greece, according to the United Nations High Commissioner for Refugees.

The EU envisages stricter controls on arriving migrants to identify them and return them to their countries of origin if they cannot claim asylum in Europe.

A new EU-monitored facility to register migrants will be set up in Italy next week to improve the identification process and prevent migrants from moving to other EU countries to claim asylum.