Europe on course for ‘grand coalition’ after election 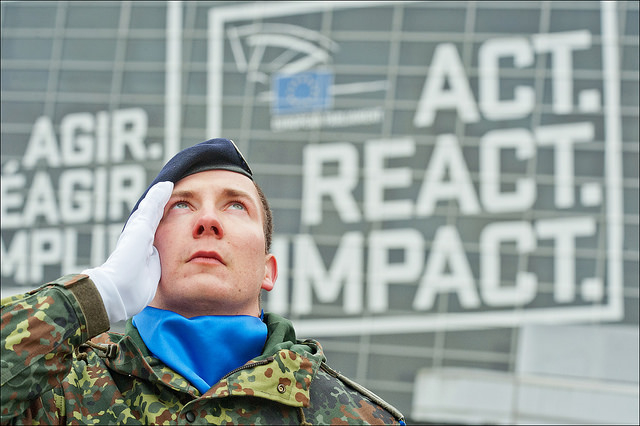 Despite a rise in anti-European parties, political balances remained broadly unchanged in the European Parliament following the elections yesterday (25 May), with the centre-right and centre-left parties on track for a grand coalition.

The centre-right European People’s Party (EPP) won 212 seats in the European parliament, followed by the Socialists and Democrats (S&D), with 186 seats (out of 751).

The centrist liberal groups could got 70 seats, Green parties 55 and the right-wing Conservatives and Reformist group, 44.

The far-left obtained 43 seats, while the far-right Europe of Freedom and Democracy group got 36.

The big question mark relates to the 38 Non-affiliated MEPs and the 67 “other” MEPs who do not yet belong to any political grouping. Most of those belong to populist and extremist parties hostile to European integration.

Simon Hix, a professor of European politics at the London School of Economics, said “Parliament will be much more polarised” after the elections due to the rise in populist parties.

“We’re going to see 20% to 25% of the Parliament filled with protest parties, and a considerable polarisation,” he told EURACTIV.

“This will lead to a grand coalition on most of the legislation in Parliament.”

However, Hix said that a grand coalition “ironically” means that “the EU will become very conservative”.

“It will be very difficult to get anything done. They won’t agree easily on a reform agenda or on deep economic achievement. The EPP wants austerity, the socialists want growth. They differ on liberalising services, too.”

Charles de Marcilly, the director of Brussels bureau of the Robert Schuman Foundation, said the elections have brought “some change”, but “not a big change”.

“There is not a big move for the socialists or Christian-Democrats. There is a change in size and it will have an impact, but not that much as was predicted.”

“If you look at the electoral map, most European countries are government by a coalition government. Now, they will promote such a coalition in the European Parliament. This means compromising and it means that, to solve the crisis we face, you have to have a number of reforms.”

Charles de Marcilly also predicted a grand coalition of sorts will be formed in the European parliament.

“A grand coalition was the case for the last decade and so it is nothing new. The two biggest dominate and then there are around three medium-size groups. Some new ones and other MEPs will arise, but as these are very diverse, the only way to work is to have a coalition.”

Who will be the next Commission President?

Guy Verhofstadt, the leader of the liberal ALDE group and one of the five leading candidates for the European Commission top job, said it would be “unthinkable” if EU heads of state and government did not choose a President outside the “spitzenkandidaten”.

But in fact neither him, nor the S&D leading candidate can possibly obtain qualified majority in the Council of Ministers, sources have said.

Worse, the EPP lead candidate Jean-Claude Juncker doesn’t even have the support of all the leaders of his own political family. On Saturday (24 May), Hungarian prime minister Viktor Orbán said he wouldn’t back the Luxembourger for the Commission president post.

Speaking on behalf of the conservative ECR group, MEP Struan Stevenson confirmed that his political force, established at the initiative of UK Prime Minister David Cameron, would also decline to back Juncker for President.

The name of IMF chief Christine Lagarde is frequently cited as a possible choice of EU leaders [read more]. But Philippe Cordery, a prominent French MP and former PES Secretary General, told EURACTIV there was no way French Socialist President François Hollande would appoint a figure from the centre-right to represent France in the EU executive.

EU leaders are meeting on Tuesday evening (27 May) for an extraordinary summit in Brussels to discuss the aftermath of the European elections and the presidential election in Ukraine [read more].

Despite a clear lead for the centre-right EPP, the party’s President Joseph Daul could hardly pose as triumphant, as the far-right Front National came first in his home country, France, with 25% of the votes. His own party UMP won 20%, ahead of the ruling Socialist Party, only receiving 14.7%, according to exit polls [read more].

For his part, the outgoing president of the Socialists and Democrats (S&D) group in the European Parliament Hannes Swoboda, insisted that the preliminary results were showing a “big loss for the EPP”, but made it plain that the results augured for a grand coalition between centre-left and centre-right.

0 responses to “Europe on course for ‘grand coalition’ after election”