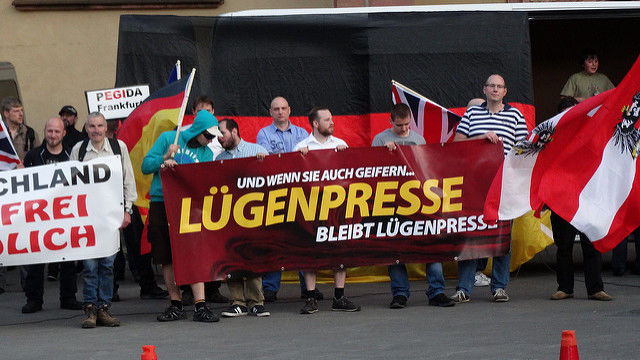 Northern European countries continue to top their OECD counterparts when it comes to “sustainable governance” indicators, according to an annual survey by the Bertelsmann Foundation, published today (18 August).

Overall, the Scandinavian countries achieved the best results, with Sweden in first position, followed by Switzerland and Germany, according to the survey which ranks countries according to a range of 136 economic, social and environmental sustainability indicators.

But the Nordic countries’ leading position is now beginning to waver, the survey warns. “Whereas for decades these nations were role models of equality and participation opportunities, income disparity has risen sharply in Denmark and Sweden over the past few years,” the Bertelsmann Foundation said in a statement.

We have been infected. The virus of populism, racism, xenophobia has affected Europe. This virus in Europe is named Le Pen in France, Farage in Great Britain, Orban in Hungary, 5 Stars Movements in Italy, Kaczynski in Poland, writes Gianni Pittella.

Finland, for instance, has dropped in the ranking due to a weakening labour market. With an unemployment rate of 9.6%, the nation now ranks just 30th among the 41 OECD and EU countries. It has even fallen to 33rd place when it comes to youth unemployment.

The crisis-stricken countries of southern Europe fare the worst, with Greece featured last in the 41-nation ranking. Although the financial and economic crisis has passed its peak, social dislocation caused by years of austerity policies is still having a major impact, the study says.

“Long-term unemployment and child poverty are well into the double-digit percentage range in Southern European countries,” and the situation does not seem to get any better. In Spain, child poverty has risen yet again, to an alarming 23%, the study warns, compared to only 3.6% in Finland. One in five children in Greece is now affected by poverty.

Martin Schulz, the president of the European Parliament, said the EU must react urgently. “The fact that an increasing justice gap opens in Europe, we can not accept passively,” he told the German magazine Focus.

“We urgently must do something about the extremely high youth unemployment, because it destroys our societies from within,” Schulz said.

These calls to actions are not followed up on the ground, however.

If anything, “divisions in the EU are also hardening given the biggest flow of refugees since World War II, and the European integration project is in danger of failing,” the Bertelsmann Foundation writes.

“Like Germany, Sweden has reached the limits of its intake capacity following the influx of refugees,” it warns.

Worryingly, finding political solutions to the numerous international challenges “is becoming increasingly difficult as a result of the mounting political polarisation in many nations,” the study says.

While climate change, terrorism, and migration flows are best tackled internationally, the political responses are still rooted at the nation-state level, damaging the trust and legitimacy of national governments.

This has favoured hardline political parties which have risen to power in places like Hungary and Poland, eroding democratic standards and press freedom along the way. In France, the far-right extremist party Front National is “enormously popular among voters” and in Germany, the new party Alternative für Deutschland (AfD) is “exploiting the refugee issue for purposes of a right-wing smear campaign”.

“In light of these developments, the EU faces the greatest test in its history and is miles away from finding mutual solutions,” the Bertelsmann Stiftung concludes.

They differ from previous UN development goals in that they apply across the entire globe and no longer just to the developing world. They measure policies related to economic, social and environmental development as global targets that also apply to industrialised economies.

A preliminary SDG “stress test” by the Bertelsmann Foundation compared the 34 OECD countries, using 34 indicators within the sphere of the 17 SDGs. The five countries that are most likely to reach the UN targets include four of the Nordic countries – Sweden, Norway, Denmark and Finland, with Switzerland completing the list.

The Bertelsmann Foundation's Sustainable Governance Indicators (SGI) is a more narrow measurement of the future viability of all 41 OECD and EU states. The SGI has three sets of indicators: