MEPs in the European Parliament.

The May EU elections catapulted a number of journalists-turned-politicians into the European Parliament. As the gap between the EU institution and the citizen remains huge, will they do a better job at “communicating Europe”?. The EURACTIV Network reports.

Among the new parliamentarians, some have left prominent jobs in the media to run for office in this year’s EU elections.

“There are so few people who are actively interested in the EU, that this surge is logical,” Michaël Malherbe told EURACTIV. Malherbe is a Paris-based consultant but is best known for running the successful blog on EU communication, lacomeuropeen.fr.

Are these journalists-turned-politicians skilled enough to perform the duties of a parliamentarian? “Parliamentary work is complex. In the work itself, the amendments, the reports, I’m not sure that they’re better at doing that,” Malherbe said.

Their ties to national news organisations, their understanding of the media game… These new MEPs have the tools that give them a chance at doing it better in explaining the European Parliament’s work to the public.

According to Johan Van Overtveldt, a respected Belgian editor who became an elected official, journalists “indeed have, broadly speaking, a knowhow of how to communicate with the public. Their increased presence in the EU Parliament could work as a megaphone.”

Malherbe agreed, saying that “In all things that involve informing the public, they have more possibilities to represent their work, yes.”

“I won’t hesitate to explain my work to the general public by writing columns, contributing to websites or reaching out to television contacts,” Van Overtveldt told EURACTIV.

So who are these new MEPs that left the newsroom to run for one of Brussels’ 751 EU Parliament seats? The EURACTIV network provides a first, non-exhaustive a list: 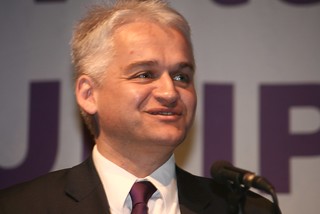 Before becoming a candidate for the Eurosceptic UKIP party in April this year, the newly-elected MEP Patrick O’Flynn was chief political commentator for the Daily Express. The British legislator is a known figure in UK media circles.

O’Flynn will also take up the role of director of communications in the party, ahead of next year’s general elections. It is uncertain that he will have the time or interest to travel to Brussels to do parliamentary work.

O’Flynn recently called for an equal amount of air time going to UKIP’s leader, Nigel Farage, in the build-up towards the 2015 general elections. UKIP is now “a major party”, he argued, threatening to sue media organisations if they did not treat the party as equal. 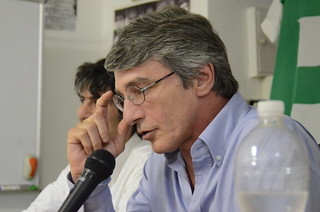 Former prime minister Silvio Berlusconi brought on board one top figure from his own media empire, Mediaset. The journalist Giovanni Toti, who worked at Mediaset, joined the Forza Italia (FI) party at the start of the election campaign, winning his seat on 25 May.

The ruling Democratic Party (PD) of prime minister Matteo Renzi recruited journalist Michela Giuffrida for the 2014 elections. Giuffrida worked as a journalist at La Reppublica as well as several television stations, and was director of Antenna Sicilia, the biggest television organisation in Sicily, before kicking off her political career.

The leftist L’Altra Europa con Tsipras list, which backed the Greek figurehead of the left, Alexis Tsipras and his Syriza party, also got Curzio Maltese elected, a prominent Italian journalist and writer who worked at La Repubblica.

David Sassoli (pictured), a former journalist who joined the Democratic Party (PD) in 2009, sat in the European Parliament in the past legislature and is once more elected as MEP. The Italian commissioner, Antonio Tajani, too, started his career as a political journalist, before joining Berlusconi’s Forza Italia party in 1994. 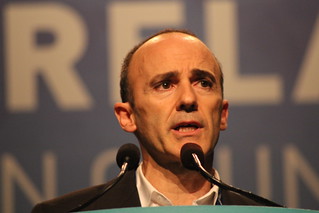 In Spain, the cartel between three parties called Los Pueblos Dedicen won one seat in the elections. Their lead candidate is Josu Juaristi, who has a journalistic career behind him covering culture and European affairs for a range of print publications like Gara and Egin. 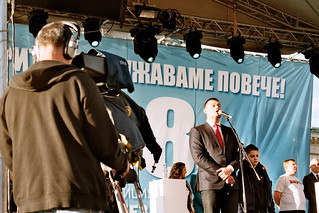 Nikolay Barekov, a former TV anchor, was the biggest surprise in the Bulgarian election. His party, Bulgaria Without Censorship, obtained 10.7% of the vote and two MEP seats. He will be an MEP himself, as he led the list throughout the campaign. Barekov said he will donate his entire income as MEP to the needy in his country, and has called on the other Bulgarian MEPs to do the same.

Barekov is a controversial figure in his country. The Bulgaria Without Censorship party can be described as populist. His campaign has been very expensive, and he has not provided a convincing answer about the sources of his financing. Currently, Barekov is non-attached, and came to Brussels to seek membership in an existing political group. The EPP has reportedly refused the candidacy of his party. The Bulgarian press quoted Barekov as saying he would join the ECR group. 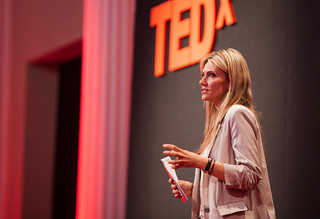 Among its new MEPs is Giorgos Kyrtsos, publisher of the City Press and Free Sunday newspapers Kyrtsos first went into politics when he joined the far-right party Popular Orthodox Rally in 2012. In this year’s EU elections, however, the former publisher jumped ship and joined New Democracy.

Another member of the Greek party’s EU Parliament delegation is Maria Spyraki. Spyraki was chief reporter at the private Mega TV channel before the elections. Just recently, she admitted that media, including her own channel, had buried a story that a bank run was underway, in some of Greece’s most crucial months in 2012.

Eva Kaili too (pictured), moves to Brussels after an earlier stint in national politics. The Greek socialist politician was a television news presenter up until 2007 and has sat in the national parliament afterwards. 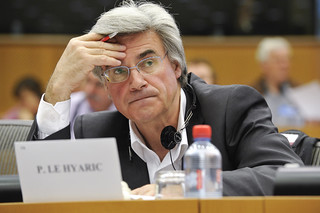 While Patrick Le Hyaric has been MEP since 2009, he hasn’t given up his other job as director of the French newspaper l’Humanité. His paper was founded in 1904 by the French socialist leader Jean Jaurès. Le Hyaric has taken on the task of keeping it in print.

“At the paper, I do not speak of my activity in the European Parliament…. they do a good enough job here” the MEP and vice-president of the far-left European United Left-Nordic Green Left told EURACTIV France, who wrote a profile on him earlier.

Jean-Marie Cavada, a member of the UDI-MODEM formation, got re-elected for his third term in the EU Parliament in May. Cavada is a former radio journalist and was anchorman and leading news director at France 3, TF1 and France 2 in earlier days. Now aged 74, Cavada chose politics for the last stretch of his professional career.

In Belgium, the separatist New Flemish Alliance (N-VA) pulled a rabbit out of its hat when, last November, it announced the editor-in-chief of a financial magazine, Johan Van Overtveldt, was running as their lead candidate for the European Parliament list.

“I was growing frustrated by the country’s policies and noticed my opinions were ever closer to the party’s,” he explained to EURACTIV. 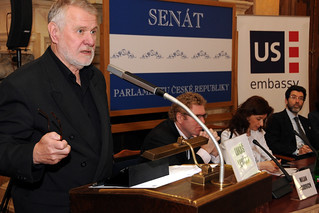 Jaromír Št?tina sat in the Czech senate before campaigning for a European seat in last elections. But the public figure has a long history of political engagement and was at the helm of several organisations supporting independent journalism in the wake of the Cold War. Št?tina became known to the public as a war correspondent, when he travelled to former Soviet Union areas to report.

Št?tina first entered politics as an independent Greens candidate, but switched to the newly formed TOP 09 party, which is a member of the EPP.

The centre-right European People’s Party (EPP) won 221 seats in the European parliament, followed by the Socialists and Democrats (S&D), with 190 seats, out of a total of 751 MEP seats.

>> For more, visit our tag page on the New Parliament.