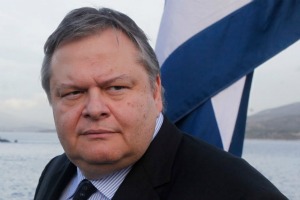 Greece's priorities for its upcoming EU council presidency does not mention enlargement policy, despite a previous commitment by Athens to promote the bloc's expansion into the Western Balkans.

The website of the Greek Foreign Affairs Ministry has recently published the priorities of the Greek Presidency, which begins in January. These are divided in four chapters:

Enlargement is notably absent from the priority list, despite a commitment by Athens under the joint programme of the so-called Trio of Presidencies – currently made up of Ireland, Lithuania and Greece -, which had defined enlargement as an “area of strategic importance”.

Progress to be based on merit

Asked by EURACTIV to comment on the omission from the six-month presidency programme, Dimitris Kourkoulas, deputy foreign minister of Greece, said enlargement has always been and would continue to be a top priority for his country.

But he indicated that instead of big events or meetings, Greece would push each country's case on an individual basis during the presidency, based on merit.

“Since the political commitment is there on behalf of the entire European Union, our goal is to proceed with concrete steps, tailored to the specific needs and circumstances surrounding each particular case. In this context, the Greek Presidency will be committed to promote the enlargement priorities of the Union and deal effectively with the challenges each enlargement country is facing in this specific juncture,” the minister said.

Greece indeed has deep interests in the EU's enlargement and has troubled relations with many of the bloc's applicant countries, which are situated in its immediate neighborhood.

Turkey is probably the most problematic of all. Greek-Turkish relations are notoriously tense since the occupation of the northern part of Cyprus by Turkish forces in 1974. Bilateral relations between Athens and Ankara are frosty although some progress was recorded on the diplomatic front recently, with the establishment of a bilateral High Level Cooperation Council in 2010, which will hold its third meeting during the Greek presidency. Greece also expects that the EU-Turkey Association Council will take place during its six-month stint.

The situation is no less complicated with Macedonia, which Greece insists on calling Former Yugoslav Republic of Macedonia (FYROM). Seen from Athens, the official name used by Skopje – Republic of Macedonia – is an open challenge to the Greek region of Macedonia. Athens also finds it inacceptable that Skopje is making moves which it interprets as attempts to appropriate large chunks of ancient Greek history.

“It is not the name issue that is blocking FYROM’s Euroatlantic perspective, but the whole package of general criteria that must be met by candidates for membership. This is of very great significance, because in the end the criterion is respect for international law and the maintaining of good neighbourly relations,” Greek Foreign Minister Evangelos Venizelos said recently.

Venizelos, who is also the deputy prime minister, recently described the economic priorities of the Greek presidency as an attempt “to develop another narrative” for Europeans, who are living through an unprecedented economic crisis.

While Greece is at the centre of the crisis, Venizelos stressed that other countries experienced it too, through a general recessional European environment. All the peoples of Europe, all the European societies and economies have unemployment and youth unemployment problems, he said.

“The European vision has become blurred," Venizelos further argued, adding that Greece wants to help define “a new European narrative” that is practical, specific, and, as he said, “progressive”. Venizelos is also the leader of the Greek socialist PASOK party.

Venizelos said his country wanted to promote “the European political south”, including France, which he said has real influence in Europe thanks to its privileged relationship with Germany.

Greece has already held four EU presidencies. Probably the most remarkable achievement of its 2003 stint is the Western Balkans summit held in Thessaloniki on 21 June 2003, which gave to the countries of the Western Balkans a clear perspective to join the Union.

The countries of the Western Balkans are Croatia who has joined the EU on 1 July 2013, Serbia, Montenegro, Macedonia who have obtained a EU candidate status, and Albania, Bosnia and Herzegovina and Kosovo, who are lagging behind.

Macedonia was granted candidate status in December 2005. However, the former Yugoslav republic has been unable to start accession negotiations due to a dispute over the country's name, which is identical to a Greek province.