Renzi inspires in Strasbourg, but draws heat from critics 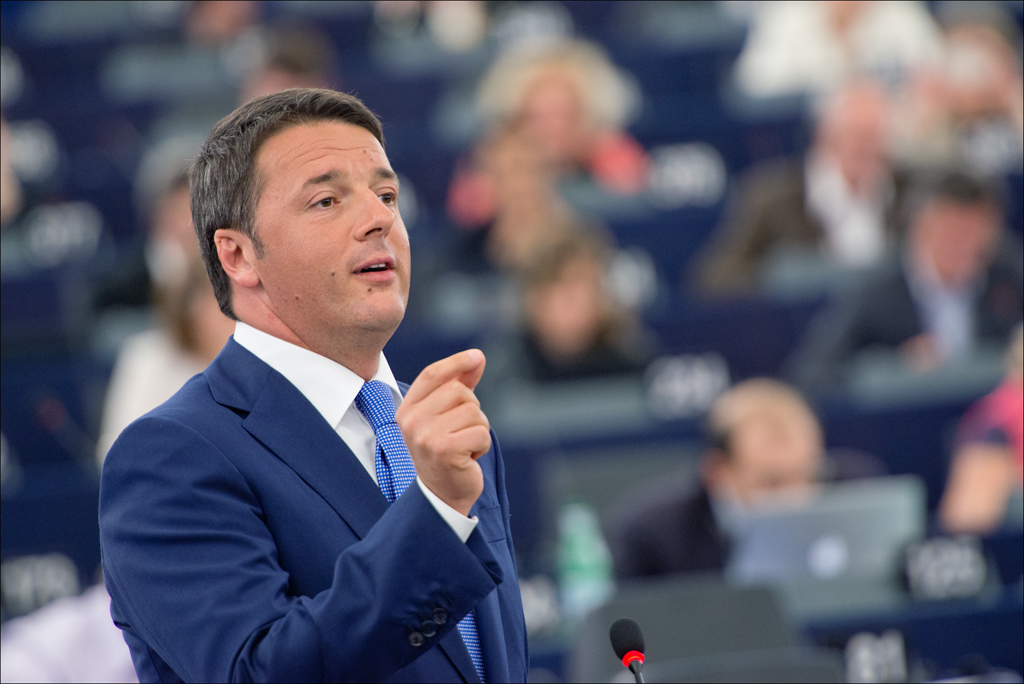 As Italy takes over the rotating presidency of the EU for the next six months, Prime Minister Matteo Renzi has received a standing ovation in the European Parliament in Strasbourg on Wednesday (2 July) for giving a passionate and inspiring speech, putting aside the programme and focusing on the vision for a new Europe. But some MEPs have urged him to deliver intelligent policies, rather than words.

“If Europe would take a selfie of itself today, it would show a bored face,” Renzi said, calling for a change so that the continent can find its soul again.

The energetic, passionate and talented left-wing leader – so MEPs described the former mayor of Florence – has warned that Europe needs to give people more hope after years of economic decline and stagnation.

“We either recover our true identity or we’ll miss the meaning of being together,” he warned, saying the time of empty rhetoric was over, urging EU leaders to act with conviction and determination to keep Europe in the lead on global issues.

The 39-year prime minister, who was bolstered after his centre-left Democratic Party won a resounding victory in May’s European Parliament elections, has pledged Italy will not look for shortcuts, but rather take its responsibility as a founding member of the EU. Blaming Europe for failed national policies is a no-go, he said.

Pointing at the rise of anti-EU parties in France, Britain and Italy, he argued that the damage created by the crisis and austerity policies had left a deep wound that could be healed by shifting the focus to growth and investment strategies, to reboot the economy.

Faced with a jobless rate of 12.6% at home, Renzi has called for the next European Commission chief to allow more money to be spent on public investment.

With a public debt of more than 135% of its GDP, Italy has also joined France in recent calling for more fiscal flexibility in exchange for structural reforms. “We now have stability. We are asking for growth to be a fundamental element of European policy,”

Ahead of an EU leaders summit last week, Germany offered Rome a gentler interpretation of EU budget rules in a move seen as ensuring Italy’s backing for the nomination of Jean-Claude Juncker as the next President of the European Commission.

Manfred Weber, centre-right leader in the European Parliament, warned against pushing for too much flexibility. “It’s not because financial markets are calmer that we need to relax,” he said, adding that debts destroy the future.

“We have to stick to what was agreed. We have to implement what we have decided and show our citizens that we are responsible,” he said, hinting at the fact that the Italian debt level is still a matter of concern.

Liberal leader Guy Verhofstadt echoed that it is not a question of either or growth and austerity. “They are the two sides of the same coin,” he stressed in his answer to Renzi.

Philippe Lamberts, the Belgian co-chair of the Greens, praised the passion and energy of the Italian prime minister and expressed hope to see these qualities put into action during the presidency.

Despite positive consumer confidence indicators and bond yields at home, some are concerned that the measures taken by his government are too few to cut debt and boost growth.

Since he took office, Renzi has pushed through some business-boosting reforms, but critics say they are too few to redress the situation.

For example, companies can hire 20% of their workforces on fixed-term contracts of up to three years. The government has cut income tax by about €80 a month for those on less than €26,000 a year, in a bid to boost demand.

Renzi has also cut electricity costs – higher than the European average – by around 10% for small- and medium-sized companies. Last week, he passed new measures to encourage lending to businesses.

Although it is too early to say whether these reforms are working, Renzi promises results. The world is advancing at a fast pace, and if we don t take the right decisions, we will remain a little spot on the Google map, he added.

>> Read more about the Italian presidency: Italy vows to use presidency to change Europe

José Manuel Barroso, President of the European Commission, welcomed Italy's reform agenda and pledged to support the main themes of the incoming presidency: growth, citizens, external action. He welcomed Renzi's impulse for reform, both in Italy and in Europe, as the essence for our collective success.

"[…] We need a strong Italy at the centre of our strong European Union," he added.

Gianni Pittella, the newly-elected president of the Socialists and Democrats group (S&D), backed Renzi's call for a change of policy based on solidarity in Europe. He said: "There is no freedom if we are not free of need. Instead of looking exclusively at numbers we have to look at humanity and what the Stability and Growth Pact means for real people's lives. We may have stability, but we do not have growth. We must take action to foster growth – while respecting the EU Treaties – and we must use all the flexibility available in the pact and get people back to work.

"Europe must have the courage to reinvent itself in the light of the crisis. We must give people, and especially young people, a dream – and the belief that their future will be a better one. The basis for our actions must be solidarity.

Syed Kamall, the British leader of the European Conservatives and Reformists group (ECR), called for transparent negotiations on trade agreements and stressed the need to reduce the EU's energy “overdependence from regimes that do not share our values, whether in the Middle East or Russia”.

Barbara Spinelli, an Italian member of the Leftist GUE/NGL group, called for "a complete overhaul of the Union" and a "European new deal". She spoke against the EU-US free trade agreement, saying: "These neo-liberal dogmas clearly haven't worked."

Ignazio Corrao, an Italian member of the 5-Star movement and of the Eurosceptic Europe of Freedom and Direct Democracy group (EFDD), attacked the EU-US free trade agreement that is being negotiated, saying:  "[If] multinationals can go to court against national governments, then we will really have achieved the most perverse dream of globalisation - governments controlled by markets."

Matteo Salvini, a non affiliated Italian MEP, criticised Mr Renzi for focusing on humanitarian needs elsewhere, while forgetting about the poor in the EU.

Paunova asked in particular if Italy would make sure that is gas pipeline grid is equipped for making possible reverse flows to Eastern Europe. She mentioned gas from North Africa and the Middle East, which is currently available in large quantities to Italy, that could be made available to member countries from Eastern Europe.

In response, Renzi said that he agrees with what Paunova on the need of new opportunities for relations in the energy sphere.

"I agree with what was said about the east-west, north-south connections, the connections between France and Spain. I hope that this during the coming six months we will have the opportunity to discuss all these issues”, Renzi said.

Italy took over the presidency of the EU on 1 July. The handover from Greece takes place at a delicate time when the EU is shaping the new political infrastructure in the aftermath of the elections held in the end of May.

The last time that Italy has served in that role was in 2003, when, under the Berlusconi Government, the Intergovernmental Conference on the draft of the Constitutional Treaty was held in Rome.

Previously, the Presidency under the Craxi Government, in 1985, has anticipated the European enlargement process to Spain and Portugal, while the one under the Andreotti Government in 1990 has blazed the trail to the Political and Monetary Union. Eventually, the 1996 Presidency was inaugurated by the leadership of Dini and closed under the Prodi Government: it was characterized by the march towards Euro for Italy and the other States  joining the common currency.

0 responses to “Renzi inspires in Strasbourg, but draws heat from critics”