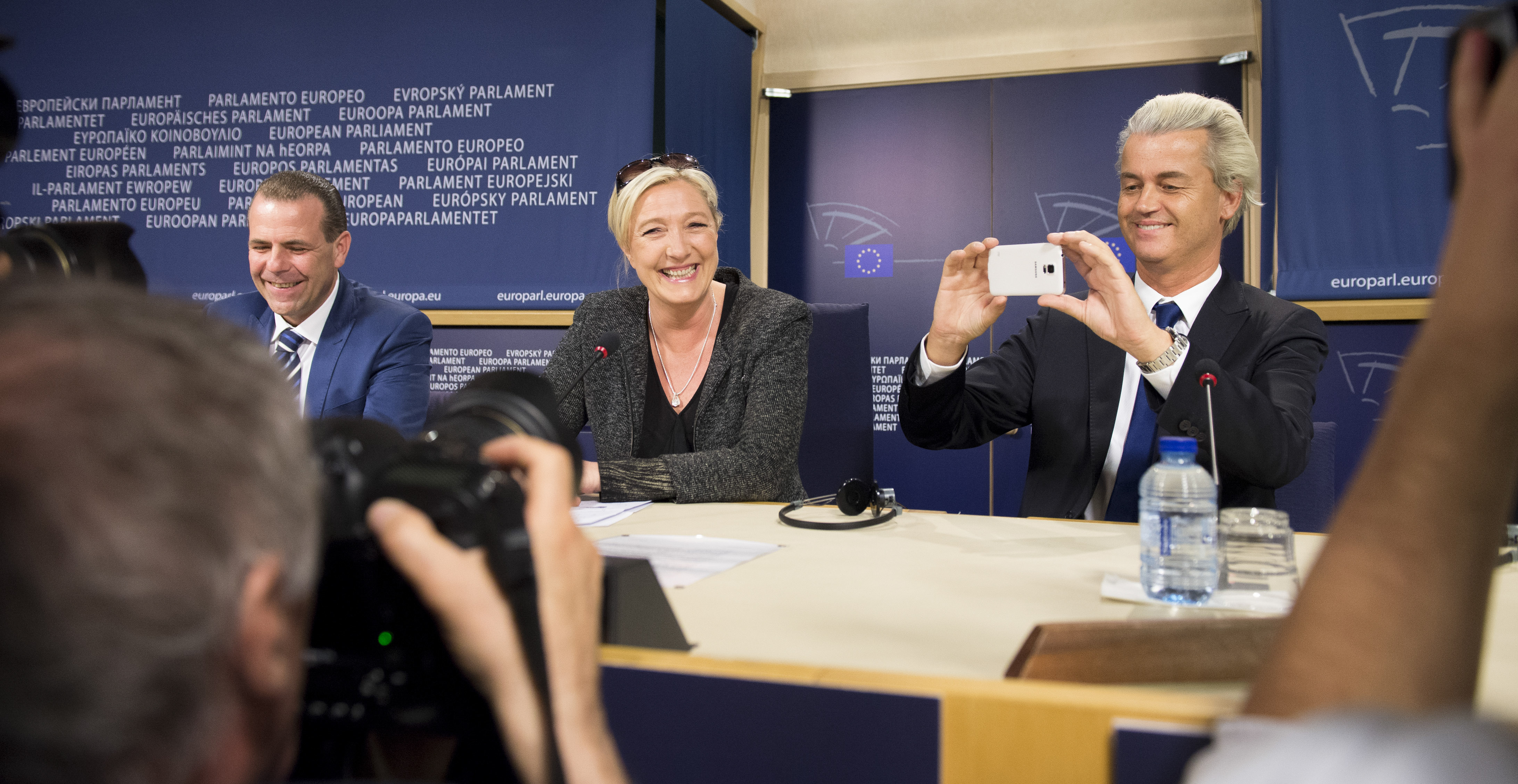 The French National Front has punished Jean-Marie Le Pen for describing the gas chambers of the Holocaust as a “detail” of history, but enforcing discipline among their European Parliament allies could prove harmful to their fledgling political group. EURACTIV France reports.

Founded in June 2015, one year after the European elections, the Europe of Nations and Freedom (ENF) group brings together members of the European Parliament’s extreme right and anti-European parties, under the leadership of the National Front (NF).

PVV steps out of line

Just weeks into the group’s existence, and with the National Front’s internal legal spat rumbling on in the background, a speech by PVV president Geert Wilders has given Marine Le Pen yet another headache.

On 28 July, Austrian prosecutors opened an investigation into the leader of the PVV, whose three MEPs are also members of the ENF group in the European Parliament.

The Dutch politician was invited by his Austrian counterpart Heinz-Christian Strache, the leader of Austria’s FPÖ party and an ally of Le Pen’s, to give a speech in Vienna in March this year. He is accused by the Austrian authorities of using the podium to incite hatred.

The National Front did not respond to EURACTIV’s request for comment.

“These parties always flirt with the red line, and that will be the challenge for the ENL group – staying together as a parliamentary group whilst not tolerating such statements at a national level,” said Charles de Marcilly, from the Robert Schuman Foundation in Brussels.

While the majority of National Front politicians have been quick to distance themselves from the statements of Jean-Marie Le Pen, comments from their allies in other European countries often pass under the radar.

“The National Front admits that Jean-Marie Le Pen’s remarks are unacceptable, but says nothing about similar remarks made by its political allies in Europe,” Charles de Marcilly added.

For several months, the National Front has been mired in the internal political and legal battle between the party leader Marine Le Pen and her father, the party’s founder and honorary president, Jean-Marie Le Pen.

Le Pen senior had repeated a statement on 2 April that “the gas chambers were a detail” of the Second World War, which led to the family split and yet another legal prosecution for the veteran nationalist.

As a result of this internal dispute, the NF’s founder, along with his close ally, MEP Bruno Gollnish, was not invited to join the ENL group.

A string of failures

The formation of an extreme right group in the European Parliament is by no means a first, but previous efforts have not stood the test of time.

Jean-Marie Le Pen and the National Front formed the backbone of the Group of the European Right between 1984 and 1989. But the group collapsed with the defection of one key member, and its successor, the Technical Group of the European Right, was brought down by a dispute between German and Italian nationalists over the status of South Tyrol. It was eventually propped up by a member of Belgium’s Vlaams Blok.

The Identity, Tradition, Sovereignty group, formed in January 2007 and also led by the National Front, survived only a matter of months before in-fighting between Italian and Romanian MEPs caused it to split.

“It is still a bit too soon to make an assessment, because the group has only existed for one and a half months,” Charles de Marcilly explained.

The ENL group appears to have started strongly, and has already fortified its position by recruiting a Romanian MEP from the S&D group. Laurentiu Rebega brought an eighth nationality to the group, making it less vulnerable to collapse if a member defects. To form a group must have representatives from at least seven nationalities and at least 25 MEPs.

Proof of the bloc’s political coherence will come in time with its voting record.

For Charles de Marcilly, ensuring the group’s votes are aligned should not be too hard, as “the parties generally agree to reject” EU policy.

But significant differences of opinion prevail on a number of important issues, including the role of the state, national debt and investment.

In the previous legislature (2009-2014), the National Front aligned with the PVV in only 51% of votes, and the Italian Northern League in 54%. The French far right party shared 64% of its votes with the Belgian Vlaams Belang, and 86% with the Austrian FPÖ, according to Votewatch.

Since Jean-Marie Le Pen established the French National Front in the 1970s, bringing together a wide range of extreme right political opinions, the party has always been home to a number of very distinct movements.

On the evening of 15 June, she announced that she had finally fulfilled the criteria to form a group in the European Parliament.