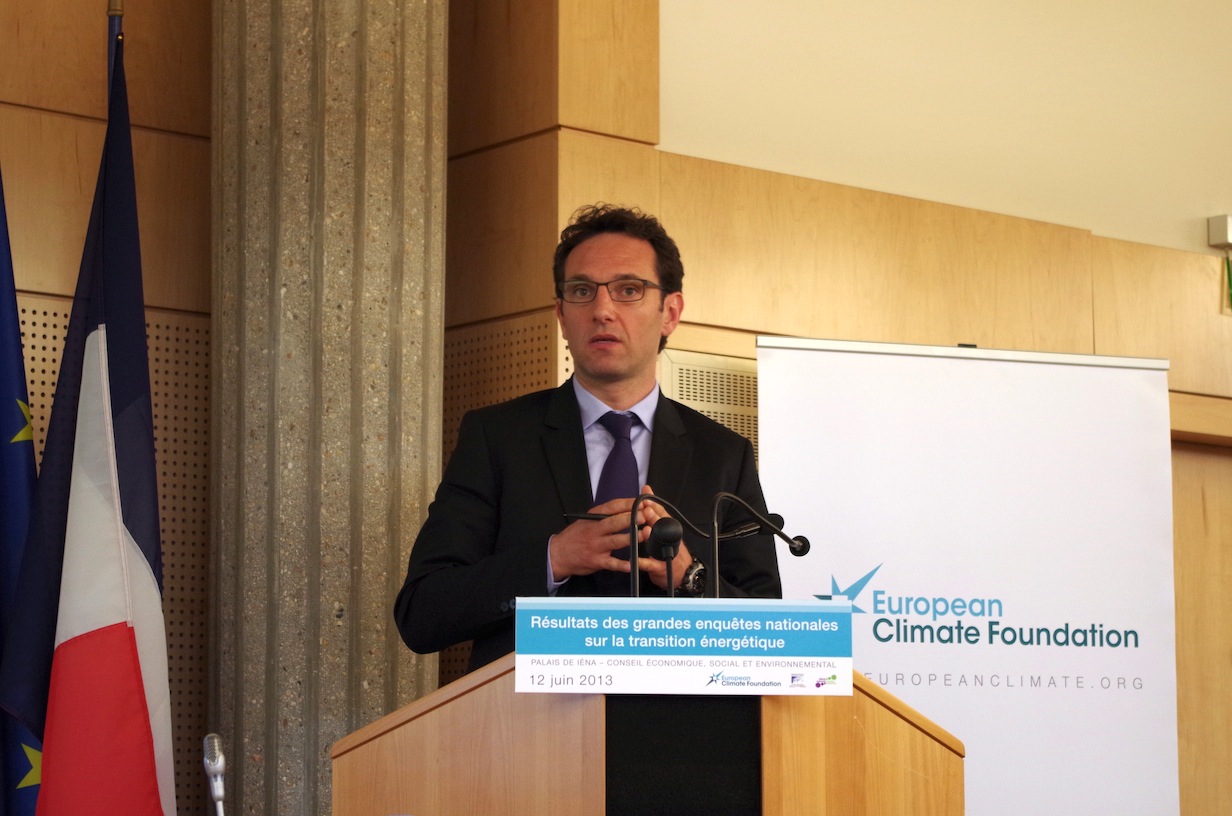 French political leaders have been cultivating for 60 years the myth that they want a stronger Europe, but there is no diplomacy without a credible military arm. It is time to recover control over the means of sovereignty and France now needs to stop deluding itself, writes Stephen Boucher.

Stephen Boucher is Programme Director at the European Climate Foundation.

60 years ago, on August 30, 1954, France’s National Assembly, spurred by General de Gaulle fighting for his country’s “independence” from the United States, rejected the European Defence Community, a project to create a European army. Without acknowledging it, French political leaders have been cultivating for 60 years the myth that they want a stronger Europe, refusing to admit that they have long since given up the vision for the economic market that they so oft decry.

This anniversary will surely go unnoticed, in this time of political turmoil and economic hardship. Yet it is closely related to current events. Externally, France’s decision has led to its isolation, as illustrated today in the Central African Republic and in Mali. It has also limited European diplomacy, as evidenced in Ukraine, Syria, Iraq, Libya and beyond, for there is no diplomacy without a credible military arm. The Kremlin and jihadists do not tremble when the only response they get is press releases, whether signed by Ms. Ashton or Ms. Mogherini.

French policy makers cultivate the illusion of independence. The rejection of the European Defence Community marks in fact the tacit decision to remain under the protective wing of the US. Indeed, France could only afford the luxury of refusing to pool its defence capacity with other countries thanks to the protection of the Atlantic alliance. Progress in joining up national security capacity has since been very limited. The Maastricht Treaty in 1992 introduced the European Policy on Security and Defence, confirmed in 2007 by the Treaty of Lisbon. The reality however is that the European Union remains strongly dependent on NATO for its protection, and therefore the United States, whose attention is however increasingly going to Asia.

Our independence and control over the means of our sovereignty is in reality a vain and costly illusion that French politicians cultivate to pretend they are still relevant. Jean Monnet, the instigator of the EDC, saw clearly that its rejection was the death sentence for a federal Europe. He immediately resigned as president of the High Authority of the Community European Coal and Steel Community, and put all his fortune in the Action Committee for the United States of Europe to rekindle the spirit of European integration.

The rejection of the EDC nevertheless led to the failure of the project of greater political integration and to the triumph of the so-called “European market”. French surveys point out that citizens are distrustful of Europe, but expect more from it, with vague expectations of something different from the alleged “Anglo-Saxon” free market. Popular orthodoxy in France also suggests that the EU’s expansion eastwards was dictated by those – UK first and foremost – keen on diluting a grander European project into a vast and free market. France however, ever since 1954, has played a significant role – thanks to its large voting share in the Council – in preventing greater sharing of competences on key dimensions of sovereignty (currency, borders, taxation, police). And it rejected the European Constitutional Treaty.

Strengthening one’s sovereignty, in today’s world, will not happen by fiat, as former French Economics and Industry Revival Minister Arnaud Montebourg seemed to believe when he suggested “deglobalising globalisation”. Europe’s energy policy clearly illustrates the urgency to re-establish our control over our energy sovereignty. While member states, France included, were intent to clarify in the Treaty of Lisbon their full control of their energy mix, the limits of this control appear today. Both externally – all member states negotiate separately their energy supply contracts with Russia – or domestically – there is very little sharing of R&D budgets for new energy sources, insufficient cross-bordure infrastructure to facilitate the development of renewable energy, etc.