A call for a 2015-2019 communication plan: Reconnecting Europe with its citizens 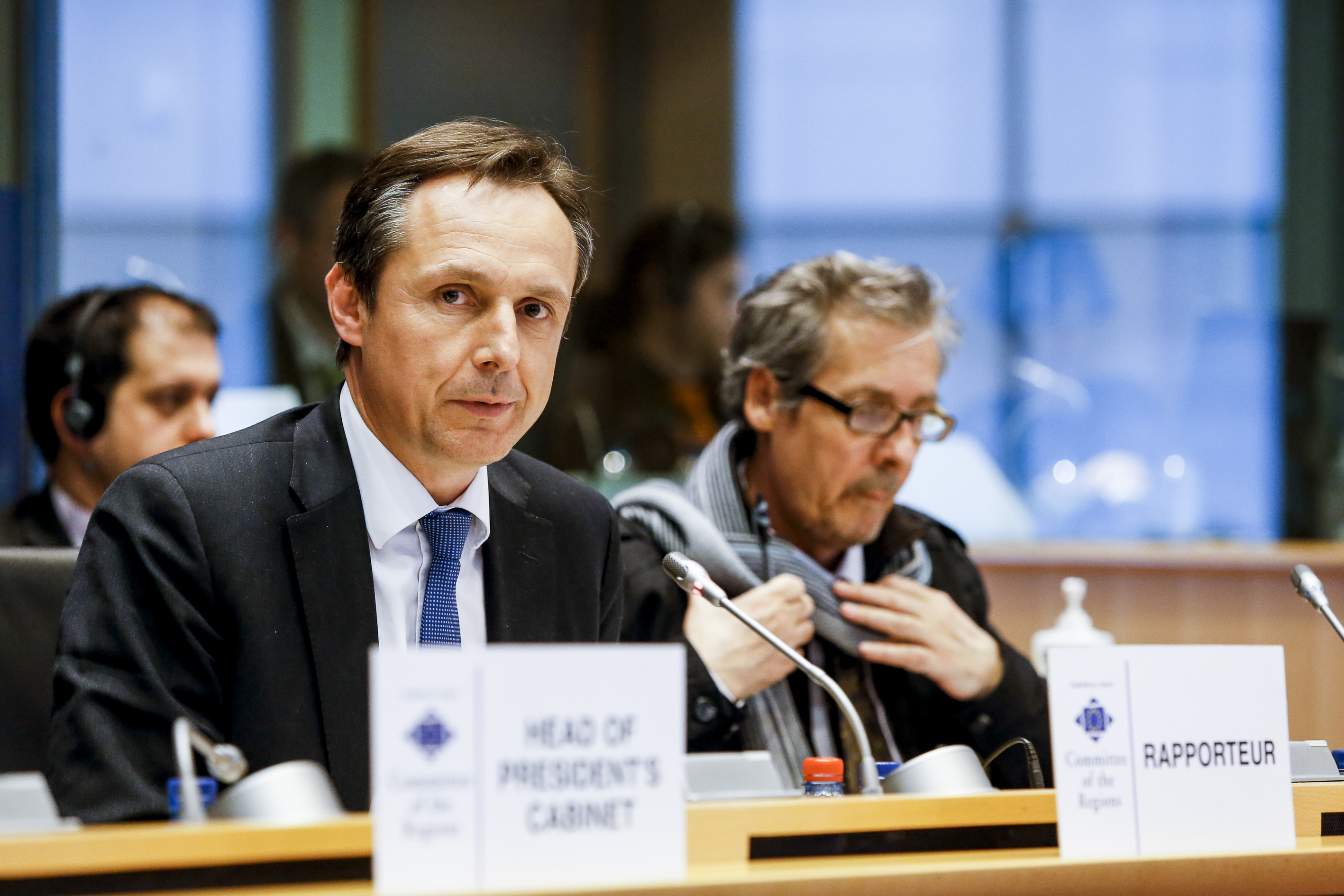 The unprecedented crisis of confidence across the European Union requires the European institutions to shoulder their responsibility and come up with a new communication strategy to reconnect the people with the European project. Christophe Rouillon proposes a joint communication plan with measurable targets for all the institutions by the next European elections in 2019, placing cities and regions at the heart of his strategy.

Christophe Rouillon is Mayor of Coulaines (France) and Vice-President of the Association of French Mayors responsible for Europe. He is the Committee of the Regions’ rapporteur for the “2015-2019 Communication Plan: Reconnecting Europe with its citizens.”

We cannot afford to bury our heads in the sand: the results of the last European elections testify loud and clear to the public’s disenchantment with the institutions and politics in general. The rise in votes for Eurosceptic parties – there are now over 100 Eurosceptic MEPs – and the record low turnout, stand as a dire warning, calling for prompt action.

Restoring public approval of the European Union is first and foremost a political challenge, which must be backed by a joint political communication effort of all levels of government, starting with local and regional authorities, which are still all too often overlooked in the EU’s current communication measures.

That is why, at the start of this new EU term, the Committee of the Regions is proposing that the other EU institutions align their policies and communication tools to define and launch a five-year communication plan with a view to the next European elections. To work properly, the strategy must be developed jointly with the European institutions and the member states. It must make regions, cities and local and national media key partners, as communication at local level is essential if the people are to be actively involved in the public debate. The aim is not to spread the glad tidings from Brussels, but to shift the European debate to cities and regions, which are closest to the people.

We call on the EU institutions to make a joint commitment to the 2015-2019 Communication Plan: reconnecting Europe with its citizens, by setting quantifiable and measurable objectives. Specifically, by 2019 a majority of respondents in the Eurobarometer public opinion survey should consider that “their voice counts in the European Union”, that they are “well-informed about European issues” and that they have a “positive image of the EU”.

Firstly, we call for 20% of the EU’s communication budget to be decentralised to national and local level, including the Europe Direct – “Houses of Europe” information centres and local and national media, with a view to reaching the widest possible audience.

Another key idea we are putting on the table is to hold, together with the European Parliament and the Commission, 500 “citizens’ dialogues” over five years in regions and cities the length and breadth of Europe. These meetings should be held in places with symbolic significance and deal with European issues that are sensitive for the community or region in question. Regional and local policy-makers, including Committee of the Regions’ members and MEPs, would be asked to lead such events and ensure follow-up.

Local media should be given a major role in this new European communication strategy. To this end partnership agreements could be concluded with 500 local television, radio stations and newspapers across Europe to hold debates and give a voice to those who live and build Europe every day. Under this new approach, every region in Europe should be visited at least once a year by a European commissioner. It would also be advisable to bring at least 5,000 municipalities, cities and regions into the “Friends of Europe” network by 2019 in order to engage and provide assistance to communication professionals in the member states.

The plan should both stimulate “a European narrative” that will open up a public debate in Europe on the historical, cultural, philosophical and sociological foundations of European integration. It should at the same time pave the way for a dialogue on the tangible impact of European policies on people’s daily lives.

The Committee of the Regions’ draft Communication Plan will be introduced and debated at the 5th EuroPCom session, to be held on 15 and 16 October, bringing together some 700 public communication professionals in Brussels, where they will focus on the subject of “Imag[in]ing Europe”. It will be submitted to the CoR December plenary session for adoption by all the members of the Committee of the Regions.