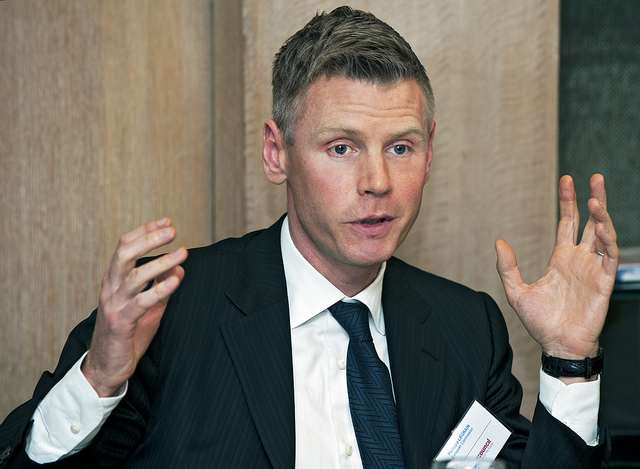 Germany’s economy needs an overhaul. Policymakers should focus on boosting productivity, not “competitiveness,” with workers being paid their due, writes Philippe Legrain.

Philippe Legrain, a visiting senior fellow at the London School of Economics’ European Institute and a former economic adviser to the president of the European Commission, is the author of European Spring: Why Our Economies and Politics are in a Mess – and How to Put Them Right.

To be sure, Germany has its strengths: world-renowned companies, low unemployment, and an excellent credit rating. But it also has stagnant wages, busted banks, inadequate investment, weak productivity gains, dismal demographics, and anemic output growth. Its “beggar-thy-neighbor” economic model – suppressing wages to subsidize exports – should not serve as an example for the rest of the eurozone to follow.

Germany’s economy contracted in the second quarter of 2014, and has grown by a mere 3.6% since the 2008 global financial crisis – slightly more than France and the United Kingdom, but less than half the rate in Sweden, Switzerland, and the United States. Since 2000, GDP growth has averaged just 1.1% annually, ranking 13th in the 18 member eurozone.

Written off as the “sick man of Europe” when the euro was launched in 1999, Germany responded not by boosting dynamism, but by cutting costs. Investment has fallen from 22.3% of GDP in 2000 to 17% in 2013. Infrastructure, such as highways, bridges, and even the Kiel Canal, is crumbling after years of neglect. The education system is creaking. The number of new apprentices is at a post-reunification low, the country has fewer young graduates (29%) than Greece (34%), and its best universities barely scrape into the global top 50.

Hobbled by underinvestment, Germany’s arthritic economy struggles to adapt. Despite former Chancellor Gerhard Schröder’s labor-market reforms, it is harder to lay off a permanent employee in Germany than anywhere else in the OECD. Germany languishes in 111th place globally for ease of starting a business, according to the World Bank’s Doing Business rankings. Its largest firms are old and entrenched; it has produced no equivalent of Google or Facebook; and the service sector is particularly hidebound. The government has introduced fewer pro-growth reforms over the past seven years than any other advanced economy, according to the OECD. Average annual productivity growth over the past decade, at a mere 0.9%, has been slower even than Portugal’s.

The brunt of the stagnation has been borne by German workers. Though their productivity has risen by 17.8% over the past 15 years, they now earn less in real terms than in 1999, when a tripartite agreement among the government, companies, and unions effectively capped wages. Business owners might cheer, but suppressing wages harms the economy’s longer-term prospects by discouraging workers from upgrading skills, and companies from investing in higher-value production.

Wage compression saps domestic demand, while subsidizing exports, on which Germany’s growth relies. The euro, which is undoubtedly much weaker than the Deutschmark would have been, has also helped, by reducing the prices of German goods and preventing France and Italy from pursuing currency depreciation. Until recently, the euro also provided booming external demand in southern Europe, while China’s breakneck industrial development raised demand for Germany’s traditional exports.

But, with southern Europe now depressed, and China’s economy decelerating and shifting away from investment spending, the German export machine has slowed. Its share of global exports fell from 9.1% in 2007 to 8% in 2013 – as low as in the “sick man” era, when Germany was struggling with reunification. Because cars and other exports “made in Germany” now contain many parts produced in central and eastern Europe, Germany’s share of global exports is at a record low in value-added terms.

German policymakers pride themselves on the country’s vast current-account surplus – €197 billion ($262 billion) as of June 2014 – viewing it as a sign of Germany’s superior competitiveness. Why, then, are businesses unwilling to invest more in the country?

External surpluses are in fact symptomatic of an ailing economy. Stagnant wages boost corporate surpluses, while subdued spending, a stifled service sector, and stunted start-ups suppress domestic investment, with the resulting surplus savings often squandered overseas. The Berlin-based DIW institute calculates that from 2006 to 2012, the value of Germany’s foreign portfolio holdings fell by €600 billion, or 22% of GDP.

Worse, rather than being an “anchor of stability” for the eurozone, as Schäuble claims, Germany spreads instability. Its banks’ poor approach to lending their surplus savings inflated asset-price bubbles in the run-up to the financial crisis, and have imposed debt deflation since then.

Nor is Germany a “growth engine” for the eurozone. In fact, its weak domestic demand has dampened growth elsewhere. As a result, German banks and taxpayers are less likely to recover their bad loans to southern Europe.

Given how bad wage compression has been for Germany’s economy, foisting wage cuts on the rest of the eurozone would be disastrous. Slashing incomes depresses domestic spending and makes debts even less manageable. With global demand weak, the eurozone as a whole cannot rely on exports to grow out of its debts. For struggling southern European economies whose traditional exports have been undercut by Chinese and Turkish competition, the solution is to invest in moving up the value chain by producing new and better products.

Germany’s economy needs an overhaul. Policymakers should focus on boosting productivity, not “competitiveness,” with workers being paid their due. The government should take advantage of near-zero interest rates to invest, and encourage businesses – especially start-ups – to do likewise. Finally, Germany should welcome more dynamic young immigrants to stem its demographic decline.

This would be a better economic model for Germany. It would also set the right example for the rest of Europe.